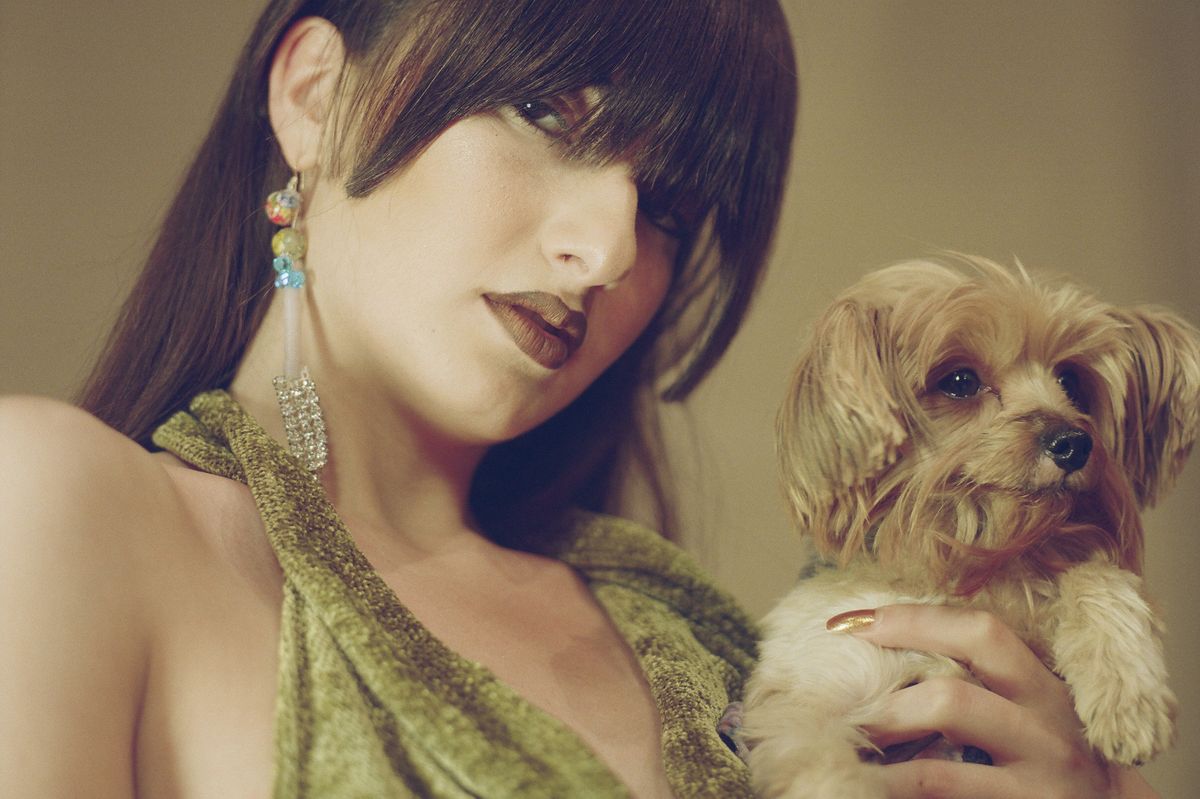 Gauntlett Cheng returned to its roots this Fashion Week, showing at the Parish Hall of St. Marks Church, where the brand held its first show ever. Beyond the location, designer duo Jenny Cheng and Esther Gauntlett also revisited design elements of previous seasons, including jewelry from Spring '16, and their signature "Swiss Cheese Textile" from Fall '15. But the collection didn't feel nostalgic — it felt self-aware, pulling from the brand's "best of" to create a strong statement about Gauntlett Cheng's future. "It's nice that such a reflective piece shows where we want to go with this brand," the pair told PAPER.

For Fall '18, Gauntlett Cheng considered "the idea of accepting things in your life that are a little skewed or awkward," which is echoed in the season's title Happy & Healthy. As always, comfort was laced throughout the collection, which helped support the theme's positive, easy attitude. The pajama-style silhouettes were the most obvious push in this direction, but the designers' choice of soft knits and playful, childish patterns provided a more nuanced interpretation of blithe self-acceptance. "The prints and textiles both make really comforting pieces out of non-traditional, slightly weird images and textures," they said.

The key pattern was designed by Gauntlett Cheng's friend Gobby, who also co-produced the show's whimsical soundtrack. "We wanted the print to be a traditional conversational print, where characters interact with each other in a larger setting," Gauntlett Cheng said. "The print felt very nostalgic and childlike, but the characters are these suns and moons and puppies that are sleeping, drinking wine or farting — there's a real cheekiness that comes through."

Extending the presentation's tongue-in-cheek energy, the brand also incorporated "thoughtful, considered" dog fashion into the lineup. "It really took us a while to understand a completely different body type, but we wanted to make them as functional and warm as possible," they said. During the show, models paraded around St. Marks Church with pups on leashes or in their arms, wearing complementary knit outfits. Something about it felt very early 2000's Rodeo Drive, like the Paris Hilton/Tinkerbell archetype seen through the lens of an art school outsider — bitchy and wildly off-kilter.

"It's really nice that as we grow, we get more and more of a sense of who we are," Gauntlett Cheng said. "The clothes feel more like us than ever before, and the most exciting thing about this brand expanding and maturing is getting a clearer sense of [self]." That's as Happy & Healthy as it gets.

Check out photos from Gauntlett Cheng's Fall '18 show, below.