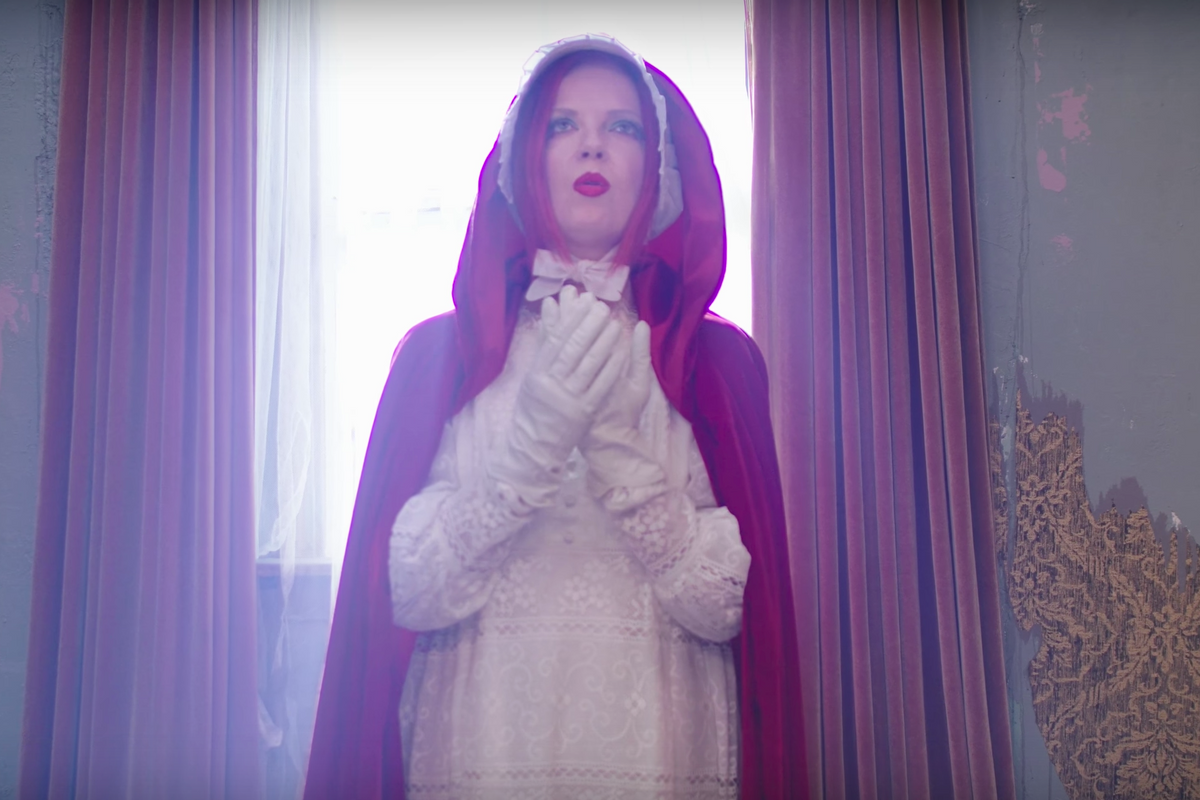 Garbage shared a visual for their dystopian political track, "No Horses," which offers a sobering reflection on the mounting chaos and injustice of the present moment and a stark warning for the future. Directed by Scott Stuckey, the video weaves news footage of protests, soldiers, landfills, and clashes with the police, with imagery of running horses and frontwoman Shirley Manson, dressed in a Handmaid's Tale-esque red cloak washing her bandmates feet with blood. As we see Manson restrained on a bed, struggling she lays out a harrowing vision of the world to come:

"And there will be no apologies

And no more security

There will be no cops

In their shiny black uniforms

And their big black boots

With their shiny black batons

And their sleek black cars

With their fingers on the trigger"

In a statement to Forbes, Manson described the track as "an imagining of a future in which the forces that are in charge of the world destroy anything that they consider useless or that doesn't make money, which I feel is the way our culture is heading right now." She added:

"Anything that doesn't make large profit is seemingly sneered at and dismissed as unimportant, like artists who are not as massive as Katy Perry. They're not considered as valuable an artist. To me, I feel we cannot possibly value things by profit margins or by the size or success of something. I think something that's small and quiet is as valuable as something that's large and loud."

The track was released in February in advance of Garbage's tour with Blondie, and all profits from the single are being donated to International Committee of the Red Cross.