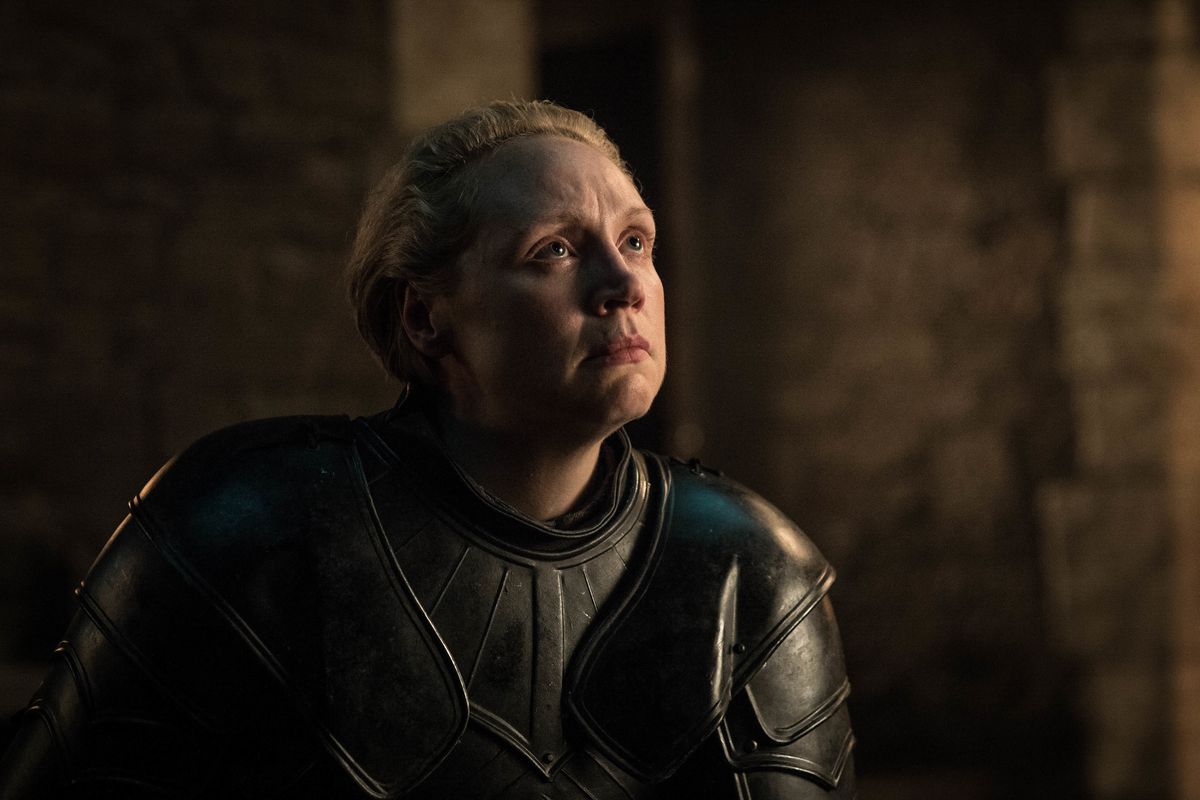 Welcome back to Westeros. Season Eight kicked off with a slew of reunions and some characters meeting for the first time, but with that being over, the show can finally get down to action. Of course, it doesn't and this episode was the most talk-heavy I've seen in a while so, here's a breakdown of all the necessary, kind of boring, but sentimental talking that went on in this week's Game of Thrones.

Not that anyone could possibly forget, but the premiere episode ended with Jaime Lannister arriving solo in Winterfell where he was immediately met by Bran, who I imagine just stared at him for a long time before Jaime awkwardly walked away. This episode begins with a trial being held to decide what's to be done with the Kingslayer. He wants to stay and fight and most likely die for the North, which probably would've been okay had he not killed the father of the North's new self-proclaimed Queen, Daenerys.

Tyrion begs for mercy on behalf of his brother, which both the audience and Daenerys are tired of. Sansa isn't moved, because it's fuck the Lannisters and the North Over Everything for her. Dany and Sansa consult Jon, but of course he hates his authority. Bran repeats the words Jaime said to him before pushing him out of the tower that one time, "the things we do for love," which is oddly bitter and alive for him. Brienne of Tarth, the love of my life, defends Jaime, and her impassioned speech is ultimately what allows Sansa and the others to accept Jaime, but like. It's not like they were actually going to kill him. The truth is no one's in any real danger this episode. Thankfully the Night King is coming to disrupt that.

Jaime then meets Bran at that one tree that apparently everyone in Winterfell goes to for any conversation. One could imagine citizens of the North meeting there to discuss what to order for dinner, the weather (cold), or the events of the last episode of Game of Thrones. They finally speak one on one. Jaime apologizes and Bran just Brans the entire time. Actually he Brans harder than ever before, basically speaking in fake deep vague iambic pentameter. Jaime asks if Bran's angry with him to which Bran responds, "I'm not angry at anyone," which I'm sorry but what does that even mean? Jaime, somehow trying to keep this conversation going despite Brand giving him literally nothing, asks about what's going to happen afterward Winter Comes, which is ambitious. Bran brans, "How do you know there is an afterwards?" The scene then cuts because Jaime probably just walked away and decided to have a more engaging conversation with a block of ice.

Checking in with Daenerys, the audience is pleased to find she's still salty over having to accept Jaime as a soldier and being lied to by Cersei (she didn't send her army North, after all). Dany blames Tyrion and while, yes he was wrong about Cersei, the fact that anyone believed Cersei to begin with is hilarious. They really thought Cersei was going to donate her army to this little Northern cause? A mess. Tyrion tries to talk his way out of being fucking wrong, but Danny is going full temper tantrum and ugh why is this all so difficult why can't she just rule the Seven Kingdoms why is her life so HARD. Jorah, who is somehow still around and has no chance of surviving any of this, vouches for Tyrion and convinces Daenerys to try to make nice with Sansa.

I guess Daenerys was going for a girl talk, girls rule boys drool angle but again: Sansa is that bitch. Daenerys asks Sansa to speak privately with her, and goes on about how much she loves Jon and her life goals or whatever, but Sansa is carrying the North on her back. Sansa is basically a local rap legend who really reps her hometown, so when Daenerys is describing her fantasy of ruling the entire world (Europe), Sansa asks about the North and what will happen to it if the White Walkers don't completely devour it. For those who don't know, Daenerys doesn't give a fuck about the North. Truthfully, no ones gives a fuck about the North and everyone knows this. Sansa knows this, but won't accept letting all of her people die for nothing. Which not for nothing, on top of everything she's been through, Sansa is now housing and feeding all of the Unsullied, whatever could possibly be left of the Dothraki, and two dragons. Her citizens are eating some disgusting looking soup and here's Daenerys going on about some happily ever after in the middle of the apocalypse. So, no Daenerys, Sansa won't just go along with it all, she's not as dumb as Jon.

Those left in charge head to the war room to devise a plan, which I feel like they should've done and redone about twenty times by this point. Aside from the usual, we'll put these troops here and those troops there nonsense, they settle on what's possibly the worst plan of all time. We all basically know that the Night King is going to go for Bran's throat: something about an endless night, which is confirmed by Samwell Tarly delivering a deep albeit randomly placed speech about Bran holding the memories of humanity in his mind and whatnot. Anyway, they're going to have Theon defend Bran while he waits out by that one tree like bait for the Night King. That's right, they are going to let THEON GREYJOY defend the most valuable asset on the show. They are going to let literal Reek… defend Bran. Against the Night King. No one, not even the people in this room who KNOW weak ass Theon, seem to think this is a terrible plan. At this point, they deserve to lose.

Okay, finally something! Game of Thrones gets back to its roots and gives up some good ol' sex and drinking. There's not too much to say about the sex, except that Arya doesn't want to die a virgin which is completely understandable. Some of us at home (me) were hoping the show writers would let her be the little lesbian she was born to be but, I guess that was projecting. She chooses Gendry, who all things considered is not a bad choice. After grilling him about his sexual history (which everyone should do), the two immediately get down to business. Or rather, Arya gets them down to business. And yes, both Arya and Maisie Williams are over the age of 18.

Now onto the drinking and an impromptu end of the world soirée. What starts with the Lannister Boys sitting unguarded with their backs to the door despite there being a hit out on both of them, turns into Tormund, Davos, The Lannisters, Brienne of Tarth, and that one guy whose song becomes a really touching moment that meant a lot to both Brienne and me. Brienne, the strongest, smartest, and blondest non-Targaryen person in this show finally receives her due. Unable to become knighted in the past because of sexism, she is knighted here by her former captor and forever crush Jaime,and bitch I cried. You could argue that because her story arc is basically complete, Brienne's character is set to die, but right now we're only going to focus on and celebrate Ser Brienne of Motherfucking Tarth, Knight of the Seven Kingdoms, Brienne Thee Stallion, First of Her Name, Ruler of My Heart and Heir to Everything on Earth. I'm so emotional.

Thus ends the episode, with the Night King and his army at Winterfell's door and the clear fact that our heroes (Brienne and her friends) are going to lose this battle. Most people will die and while that's sad, good for you Night King. He's the only person who has been consistently been working hard this entire show. After Beyoncé, he has the most enviable work ethic. The next episode is going to be an hour and twenty-two minutes and it's looking like it's going to be fists on sight.