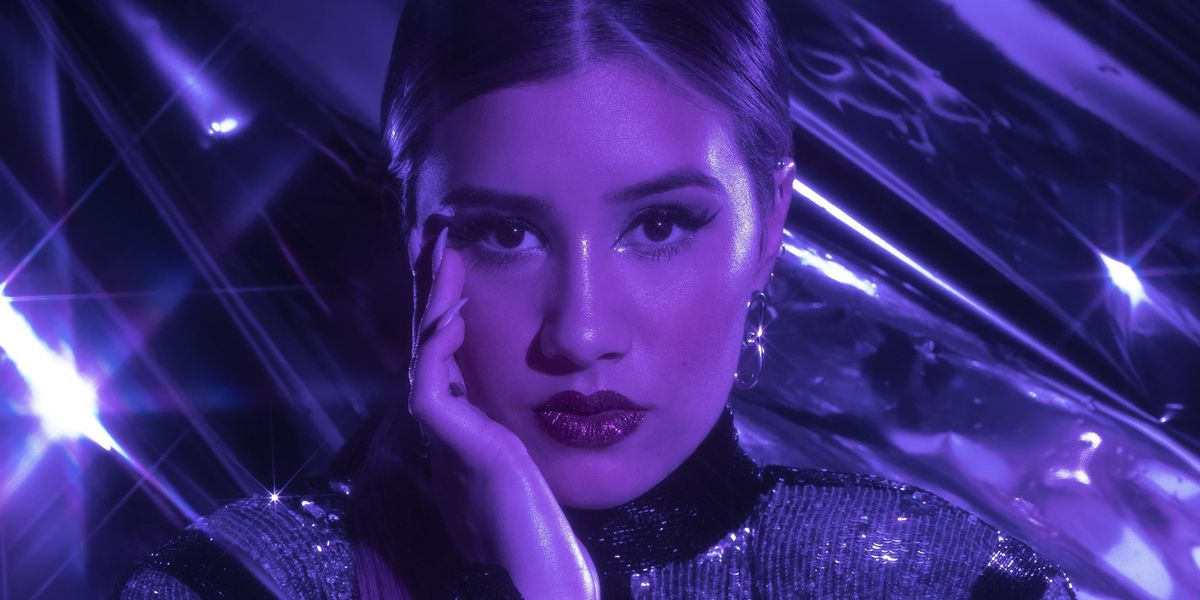 Los Angeles-based singer-songwriter GALXARA goes interstellar on her debut single and video for "Waste My Youth," premiering today on PAPER.

"Don't you know my time's like a million dollars?" GALXARA sings on the opening line of her emotionally charged song, complete with a dynamic chorus and pulsating synths. "I could spend it anywhere."

In her celestial music video, GALXARA wears various sequined ensembles with geometric prints, blurring the lines of fantasy and reality. "I want to waste my youth on you," she sings while incandescently glowing in outer space, transcending time as multi-colored crystals float around her.

In other scenes, GALXARA drives a car midair, stargazes on the moon, and breaks free of masked astronauts. All serve as metaphors for her time having value. She is the only one who can determine her own destiny.

"I believe we all have pieces of ourselves that are being ruled by the world, the people around us, or even social media and the internet," GALXARA says. "This film shows the never-ending daydream of my magical, otherworldly, and crazy life that I am so badly dying to live even if it's not always perfect, at least I am the one who holds the power to decide if I want to own my truth. I learn to realize that control can be an illusion, and it's up to me to decide if I want to walk through the fantasy or face reality."