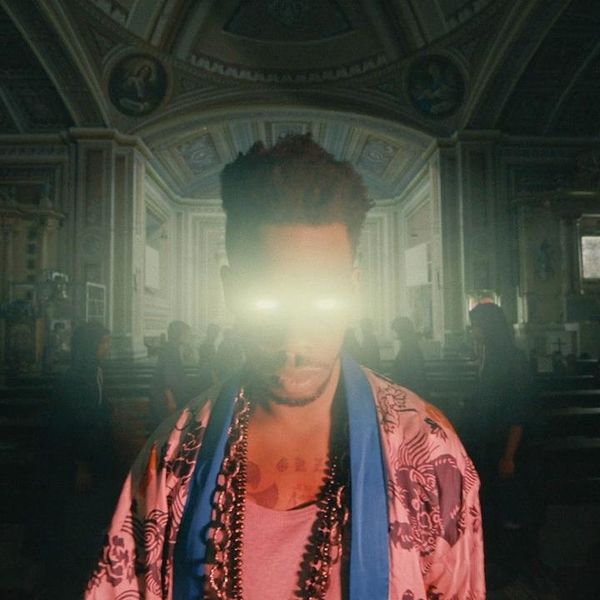 GAIKA's 'Immigrant Sons' Video Is a Call to Action

The musician's newest single was also produced by SOPHIE.

On the heels of releasing his debut album BASIC VOLUME, GAIKA, who hails from the south London neighborhood releases a explosive new video today. The clip for "Immigrant Sons (Pesos & Gas)" was directed by Paco Raterta, who also helmed the video for "Crown & Key," a previous GAIKA single.

Related | Did You Know That SOPHIE Produced These 10 Iconic Songs?

Musically, "Immigrant Sons," which was produced by SOPHIE, is a well-crafted melange of dancehall and hip-hop. With direct lyrics like: "I want to see you in rebellion," the song's catchy underpinnings serve a greater purpose as a call to action against government corruption. Paired with gritty, surreal visuals from Raterta of crows flying in desolate forests and zombified crowds standing amid rubble seemingly post-revolution, "Immigrant Sons" takes on an ominous potency that is not easy to shake.

In one particularly disturbing image, GAIKA's eyes become laserbeams, an allegory that seems to suggest having vision among blind sheep. In this day and age, with all that is constantly going on to demean those seen as "other," "Immigrant Sons" dares those with privilege and those without to stand together and fight.