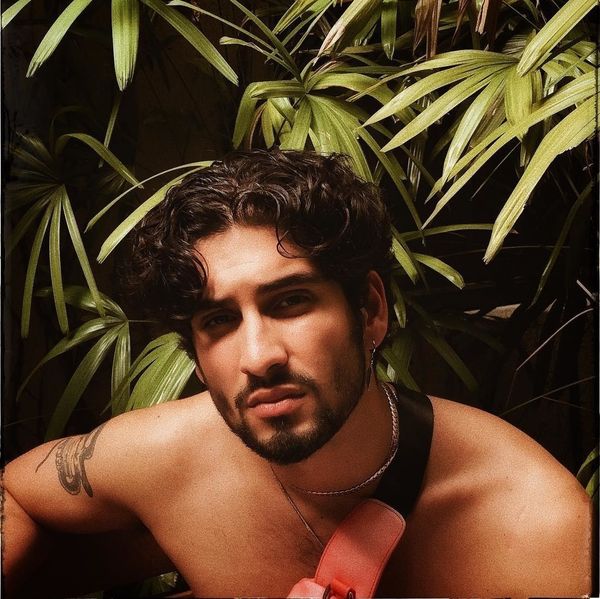 Born in Cúcuta, Colombia and raised in South Florida, Gabriel Perez Silva (@_youngshot) didn't always plan on being a professional photographer. If it wasn't for a shoulder injury, his career trajectory could've been quite different.

The 22-year-old was a D1 swimmer in college, and photography was merely a side interest. "I was always playing with cameras growing up, but I was busy being the athlete I was expected to be for anyone to notice and push me artistically," he says. "It wasn't until one of my old photographs of a man in the rice paddies of Bali got chosen for an exhibit back in 2015. It re-sparked something and getting major surgery as a D1 swimmer and almost getting kicked out of school was the push I needed to succeed."

Since then, the photographer who otherwise keeps a low profile has quietly risen as one of the brightest names in photography today, capturing the likes of Issa Rae, Bella Hadid, and Tommy Dorfman, among others. Last year, he took over Winnie Harlow's Instagram account for the MET gala, which is also when he first caught the model's attention.

Taking their collaboration one step further this year, Silva helped recreate MAC's iconic VIVIA GLAM campaign with the Harlow as the star. The original from 1994 that featured RuPaul became instrumental in its efforts to spread awareness about the HIV epidemic.

Speaking to how he landed the big break, Silva says: "Winnie and I have worked closely on a number of things starting with last year's Met Gala, but this was very unexpected and definitely a special shoot for us, as well as the whole team. Winnie and hairstylist Jay Brumant first came to me with the idea. I was all for it and excited to recreate such an iconic and important campaign at the age of 21. We tried to keep it as close as possible to the original one."

Silva says his aesthetic is rooted in nostalgia and filled with emotion: "My work is greatly inspired by a lot of my experiences in life, a lot of negative emotions I've held inside but a lot of positive ones as well. My art allows me to show you another side of me, it lets you interpret it how you may; it shows you an intimate moment between the subject and I. I'm much more interested in creating a piece of art versus simply a nice photograph."

Citing the likes of Norman Parkinson and Davide Sorrenti as his inspiration, Silva adds that he is mainly moved by works that posses a certain personality: "[Parkinson] really changed the game and was doing things no one else was at the time. A lot of his photographs are honestly my favorites. I love Sorrenti because he was always this young, weird, cool artist who remained true to himself but still different than everyone else in the industry."

Despite his celebrity affiliations, an integral part of Silva's photography has been raising awareness about scoliosis, a condition that he has struggled with since childhood. To further his work, he hosted a solo show last year, where the proceeds went to the Scoliosis Foundation in Ghana. This year, the photographer has been invited as a special guest to the country to give a speech on the National Scoliosis Day in Accra.

"It will be a great continuation of my work with them to raise funding and Scoliosis Awareness, as started off with the showcase I threw," he says." I was invited to stay with the Community Chief at the palace. I'll be bringing my cameras and doing a lot of documenting as well."