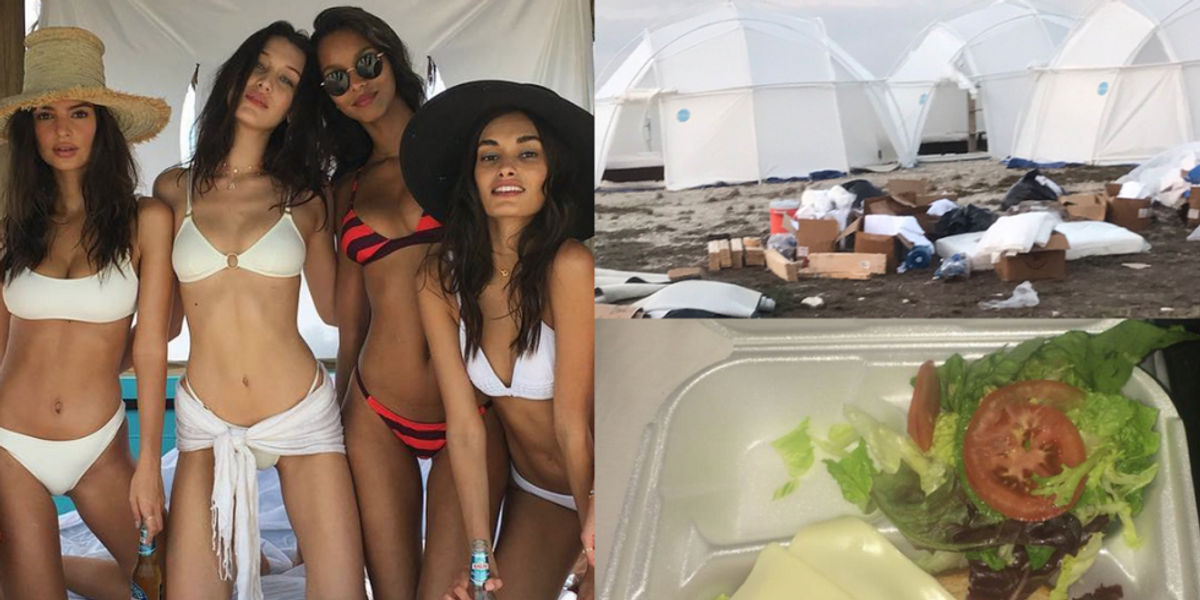 The Fyre Fest Documentary Trailer Is Here and it's VERY Dramatic

Highly anticipated horror movie about rich hot people having to eat cheap food, aka the first official take on 2017's Fyre Fest, documentary FYRE, will arrive on Netflix on January 18.

Today we get our first look, with a trailer that resembles a Chainsmokers music video mashed up with Cabin In The Woods promo.

"Fyre Festival baby, here we go" declares a bandana-d bro, before a montage of hot young people jet-skiing, taking selfies and running into the ocean rolls. Then comes the cinematic Skrillex drop, which signals that Michelle is the first to realize something is going on here (DAMN IT TREVOR, SHE SAW SOMEONE IN THE WOODS).

Get your exclusive first look at FYRE — a revealing new doc about the insanity and rapid unraveling of Fyre Festiva… https://t.co/ldoGLAtOFw
— See What's Next (@See What's Next)1544458219.0

According to Netflix, the new documentary "gives a first-hand look into the disastrous crash of Fyre as told by the organizers themselves."

As a refresher, the failed Jenner and Hadid-promoted festival left Billy McFarland with a six-year prison sentence and attendees awarded millions in damages. Ja Rule maintains that it was dope.

FYRE is just first of the many stabs being taken at translating the viral disaster's zeitgeisty trappings into on-screen gold, that we'll see in 2019.

Hulu is also releasing a docuseries about the non-festival, and last year, Seth Rogan and and the Lonely Island (Andy Samberg, Jorma Taccone and Akiva Schaffer) announced an un-subtle spin-off movie "about a music festival that goes HORRIBLY WRONG."