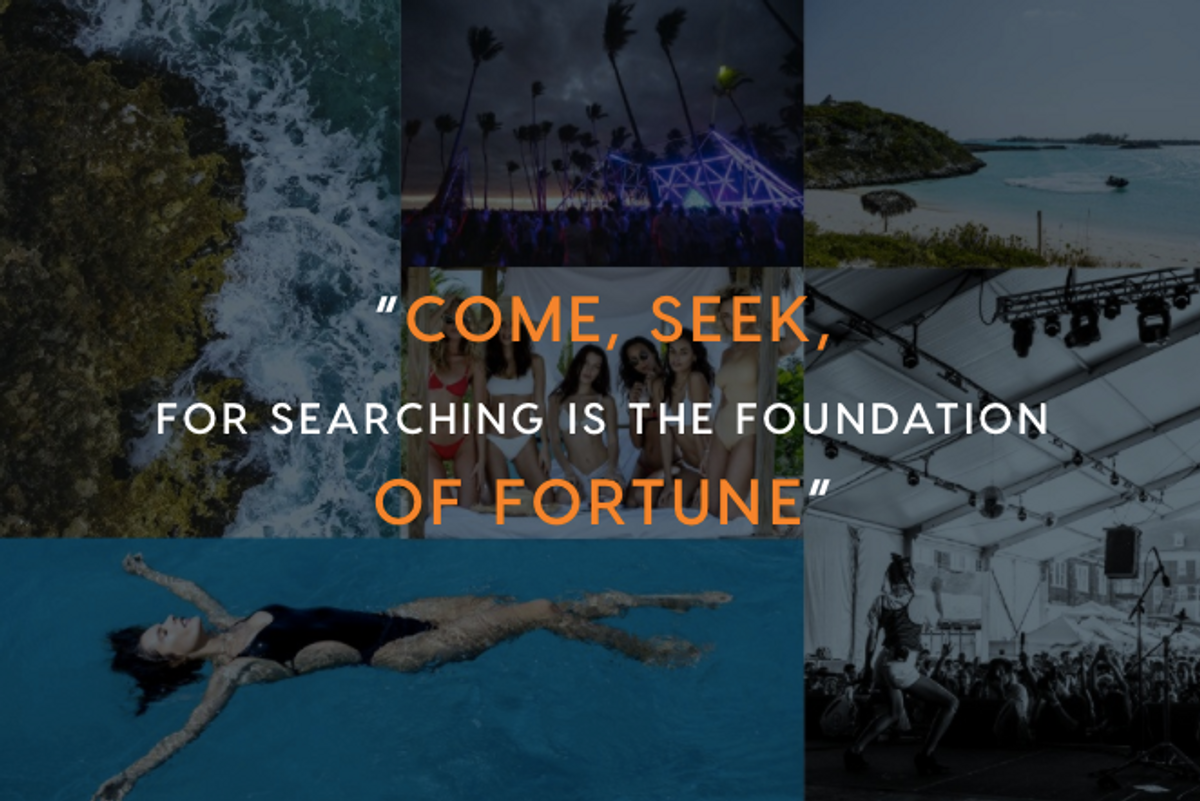 For those of us not directly involved, the disastrous Fyre Festival provided an entertaining reprieve from the grinding news cycle of our current political climate. It did, however, leave plenty of people extremely unhappy, and aside from the unlucky souls who ended up on the island fighting off wild dogs and living without electricity, there is one group that fared the worst of all - the investors.

Perhaps if said investors had exercised a keener detector for bullshit, this mess never would have happened, but we all want to believe in fairytales and even the savviest venture capitalists can fall prey to the smooth-talking antics of visionaries like Ja Rule. Rather than focus on the logistics of how such a life-changing event might come together, the pitch deck for what was supposed to be the "cultural experience of the decade," obtained by Vanity Fair and posted in full below, mostly focuses on the 400 social media "influencers" and the massive reach they admittedly have. (For those who had any doubt, Kendall Jenner is the first name on this list). These influences, called "Fyre Starters" in the deck (ugh), were paid either in tickets to the festival or in cash to post about how excited they were to attend the event. Many of these influencers were also warned ahead of time not to attend the utterly disastrous festival, adding further insult to injury for the actual attendees.

From its vision page, ("Fyre has a unique goal and inspiration: the exploration of the uncharted inspired by and referencing the five elements of the earth") to its gratuitous Rumi quotations ("Seek those who light your flames"), the deck, which sought $25 million in funding, presented an image that couldn't possible live up to its wild promises.

The deck adds that the experience "will ignite that type of energy, that type of power in our guests," though really it seems to have ignited the collective action to file a $100 million class action lawsuit against festival organizers Billy MacFarland and Ja "NOT MY FAULT" Rule.

It did perhaps predict one thing correctly: "The actual experience exceeds all expectations and is something that's hard to put into words."