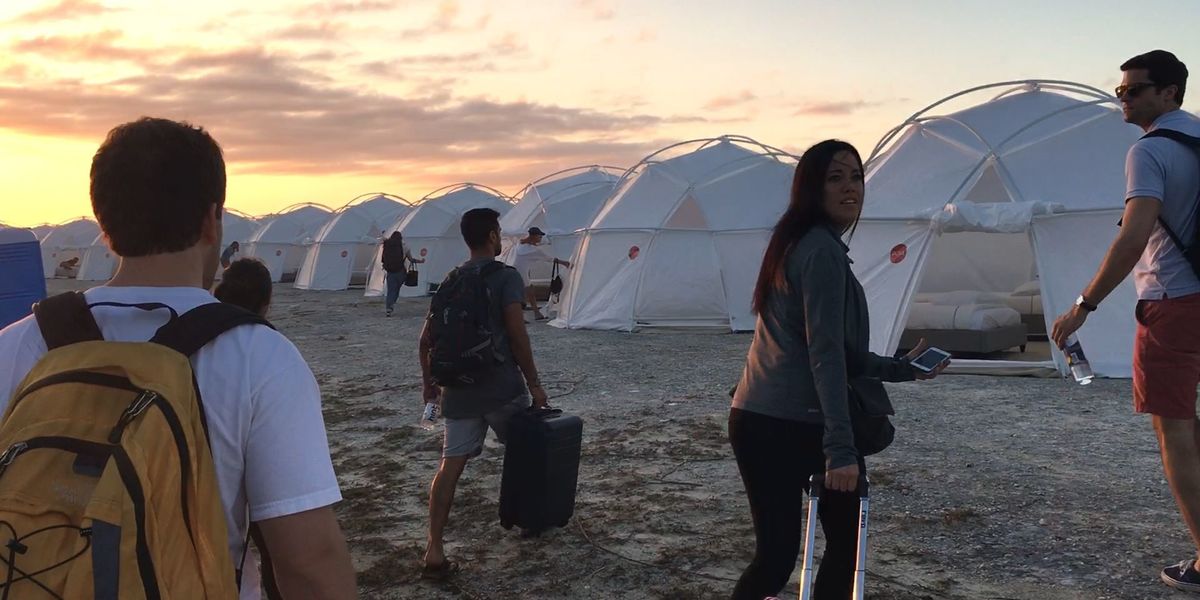 There's a brand new trailer for FYRE: The Greatest Party That Never Happened, Netflix's VICE-produced Fyre Festival documentary, and I'm grateful for the reminder that Bella Hadid, Emrata, and Hailey Baldwin were all included in the ill-fated event's original advertising campaign. Footage of said campaign, which promised festival-goers supermodels, luxury yachts and tropical beaches in exchange for large amounts of money, is spliced throughout the two minute clip.

This is the second trailer to be released for the upcoming documentary, which will stream on Netflix from January 18. Its other highlights include the immortal and accurate line "if you spend thousands of dollars to go on a trip to see Blink 182, that's on you," and more glorious references to that infamous cheese and salad sandwich in its sad Styrofoam container.

FYRE is produced by Chris Smith, who won an Emmy for Netflix's Jim & Andy: The Great Beyond. It is actually the first of three unrelated Fyre Festival-related projects that we know of — the other two include a Hulu series and feature film starring Seth Rogen and The Lonely Island.

Watch the new trailer, below.