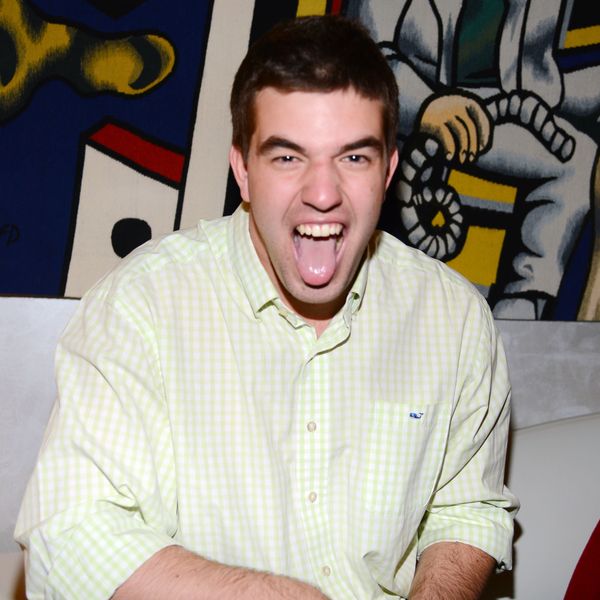 You Can Buy Authentic Fyre Fest Merch for a Good Cause

Will the hottest trend this summer be ironically-donned Fyre Fest hoodies? Most likely, because soon a batch of leftover gear will soon be available to — fans? Haters? Survivors?

According to Vulture, the United States Marshals Service's New York branch will be auctioning off two boxes of authentic Fyre Fest merch left over from the iconic scam-cum-festival, which we're coming up on the second anniversary of (yep, we're still talking about it).

"We have an assortment of the 'real thing' Fyre Festival-branded tee-shirts, sweatpants, sweatshirts, hats, wristbands and medallions," a spokesman for the office confirmed to Vulture. "We know that there is tremendous interest in these items in the NY metro area in particular."

The US Marshal Service is doing McFarland a favor. The proceeds of the auction will be distributed among vetted victims of the festival: "Our objective always is to get the funds back to the victims as fast as we can in cases where there are victims."

Billy McFarland, the "mastermind" of the "festival," was sentenced to six years in prison this past fall for defrauding investors and a ticket vendor, whom he currently owes a total debt of around $26 million to. According to Bustle, some attendees managed to get refunded by their banks or credit card companies, but the vast majority of the nearly 5,000 ticket buyers seen the money they paid (packages were between $500 up to $12,000). Over $100 million dollars in class action and individual lawsuits have been filed for refunds and damages.

When the Marshal Service tried to round-up McFarland's assets, apparently all they could find were $240,000 in a bank account, and these two boxes of t-shirts.

If the internet has anything to say about it, the merch is actually quite valuable for a box of t-shirts and "medallions" (?). Page Six points out that there's actually quite a lot of counterfeit or third party produced merch for sale online ("I went to Fyre Fest and all I got was a lousy t-shirt") and items claiming to be authentic are going from $60 up to $1,000 for a broken Fyre wristband.

Nonetheless, two measly boxes of t-shirts and baseball caps obviously won't be enough to compensate the attendees in full, so confirmed attendees each will get a percentage "based on their respective losses."

Related | You Can Help The Bahamian Restaurateur Affected By Fyre

"The USMS will dispose (or sell) the Fyre merchandise in the most efficient, cost-effective way in the best interests of the U.S. Government," the Marshal Service spokesperson told Vulture. "We utilize our contracted partners to handle the marketing and sale and it will be an online auction."

Stay tuned for the auction date and location, to make sure you get your hands on an official Fyre Fest medallion, which tragically, will probably one day be worth a lot given how scammers like McFarland have become the mascots of our era.