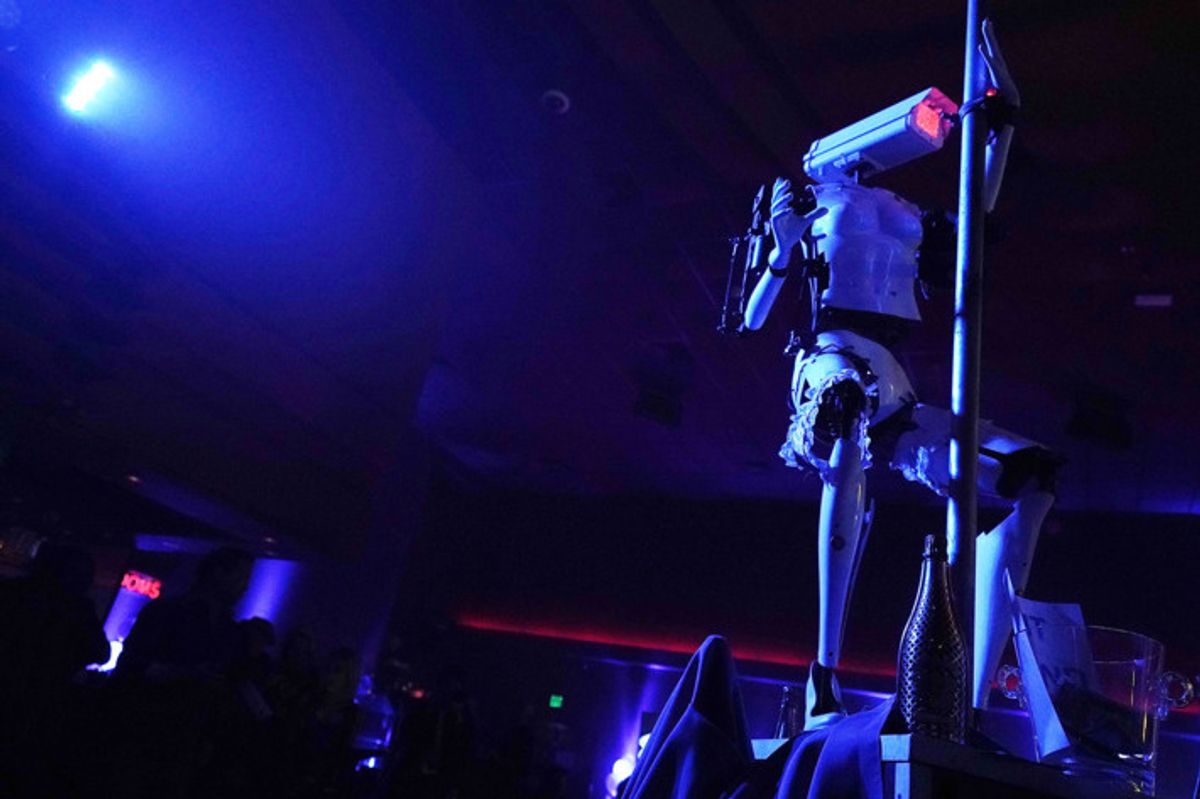 The Future is Here and it's Twerking Robot Strippers

If you already enjoy the pleasure that is female flesh swinging around a pole, then you'll probably love a human-sized mechanical woman with a CCTV camera for a head doing the same — well at least, the Consumer Electronics Show in Las Vegas attendees do.

In what sounds like it's fresh and hot out of an episode of Black Mirror, the robot strippers bumped and twerked at the Sapphire Club on Monday night, while also competing with real dancers. Too much fun!

The Daily Beast reported the robots were originally designed by a London artist to serve as political art, however they didn't get so lucky this time around. Instead, they performed on the pole next to "MIT bound" and "need money for batteries"-labeled buckets.

Despite the novel concept of robots grinding on a pole for the sexual stimulation of humans, some guests remained unimpressed. "I've seen robots do much more complicated things than these ones are doing now," someone told the Beast reporter. "So I'm a little underwhelmed."

The future has truly arrived twerking — how much do you love tech bros?