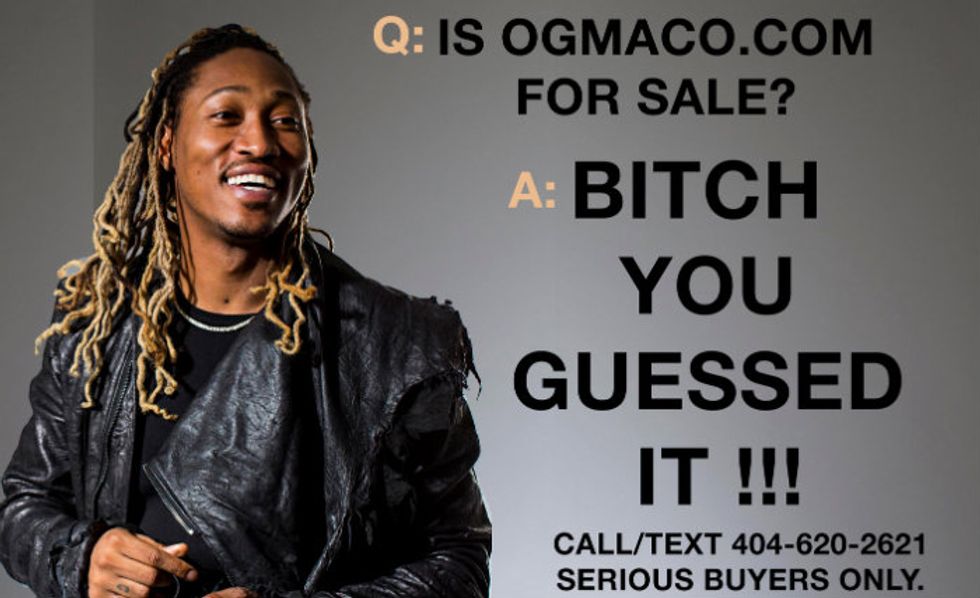 At some point in the recent past, Future made his move. Or, at least, a big Future fan did -- by buying OGMaco.com and having the rapper's (apparent) website redirect to a page that reads, displayed in its entirety:

Sadly, calling the number listed resulted in an error message, but hopefully a serious buyer will come along and resolve this for the Future Hive. The move appears to be in retaliation for a series of tweets Maco sent criticizing Future for normalizing drug use.

I love Future but I also understand Future has destroyed countless lives by making it cool to be a drug addict. 56 Xans isn't cool.