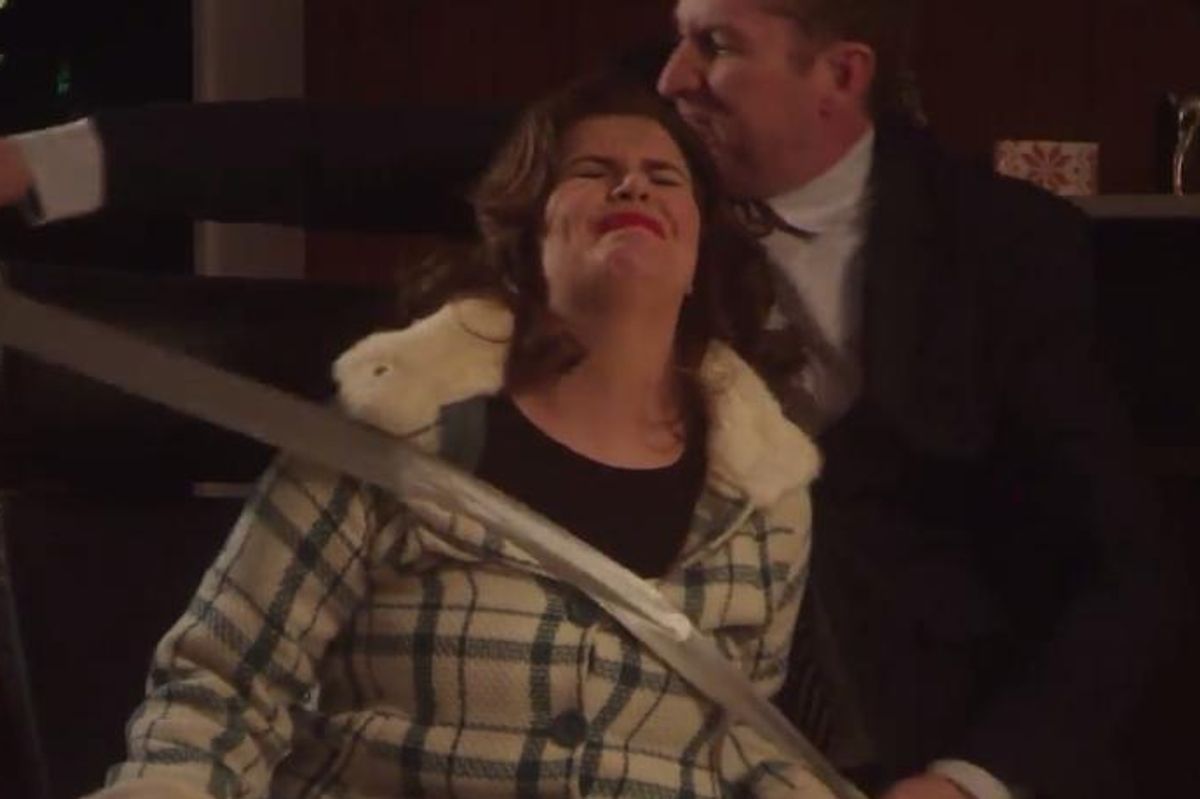 Watch Funny Or Die's 'Realistic' Version of "Baby, It's Cold Outside"

The clip shows Wilson and Aukerman winding down at his place after a date, with Wilson, of course, beginning with "I really can't stay..."

"You're beautiful! What's your hurry?" Aukerman replies, after Wilson explains that each member of her family will be concerned if she is not back at a reasonable time--especially during a snowstorm.


After agreeing to "half a drink more," Aukerman says, "Put a record on while I pour!" slipping what appears to be sleeping pills in her night cap.


"Say, what's in this drink?" A woozy WIlson asks.

It ends with Wilson barely escaping, after freeing herself from the restraints Aukerman has placed her under, and knocking him over the head with a shovel.


It's more disturbing than funny, but a pretty important reaffirmation of the necessary moratorium on this song.

Watch the clip below.