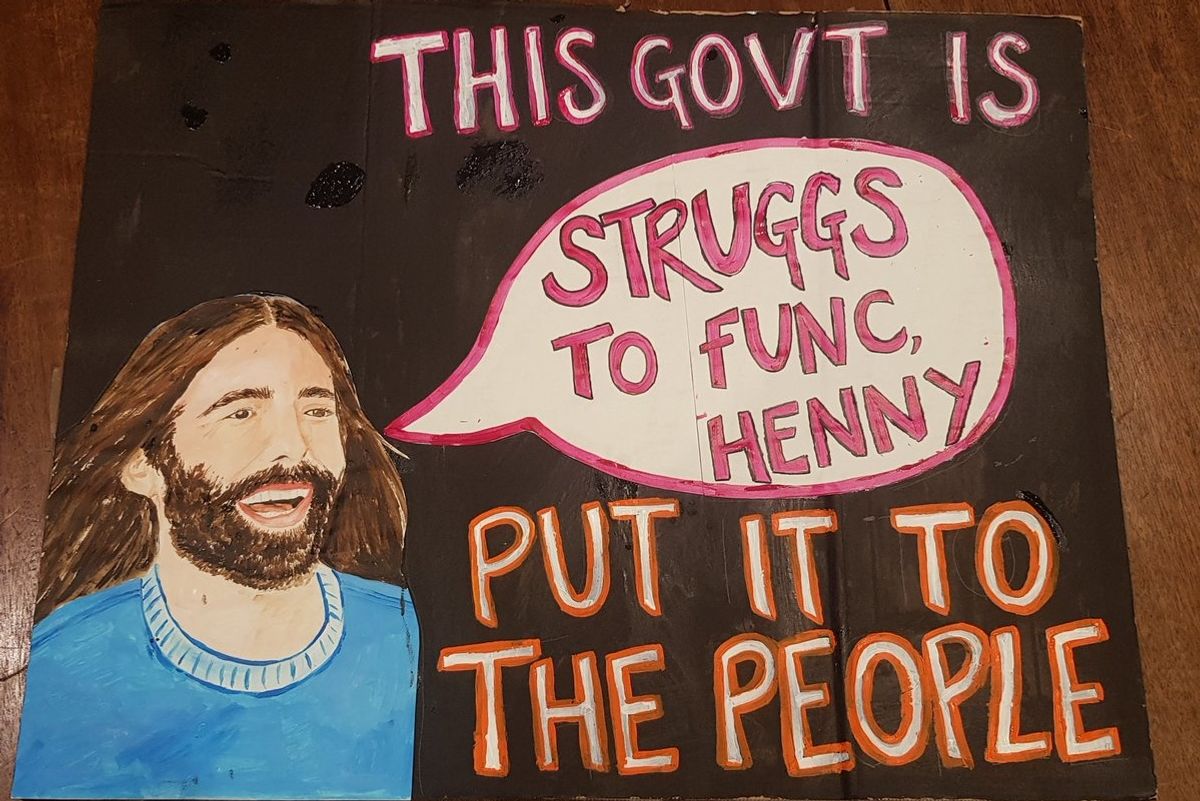 These Brexit Protesters Got Creative

On Saturday morning, hundreds of thousands of people marched in central London to protest Britain's exit from the European Union. According to the organizers of the "Put It To The People" campaign, more than one million people joined the rally to Parliament. BBC reports that the size of the crowd is at par with the Stop the War March in 2003 — a huge gathering of people in London against the war in Iraq, which happened to be the largest march of the century.

The protestors marching to Parliament were holding signs, asking for the Brexit deal to be put to a public vote. Many of them definitely tried to get the government's attention by being creative with their placards. Here are some of our favorites:

About to join the #PeoplesVoteMarch. Lots of great placards! pic.twitter.com/Wv9pR83YS8

Placard of the Day #2 #PeoplesVoteMarch pic.twitter.com/4BXN7v9PUy

Best sign of the march so far #PeoplesVoteMarch pic.twitter.com/LiXjb2bLNL