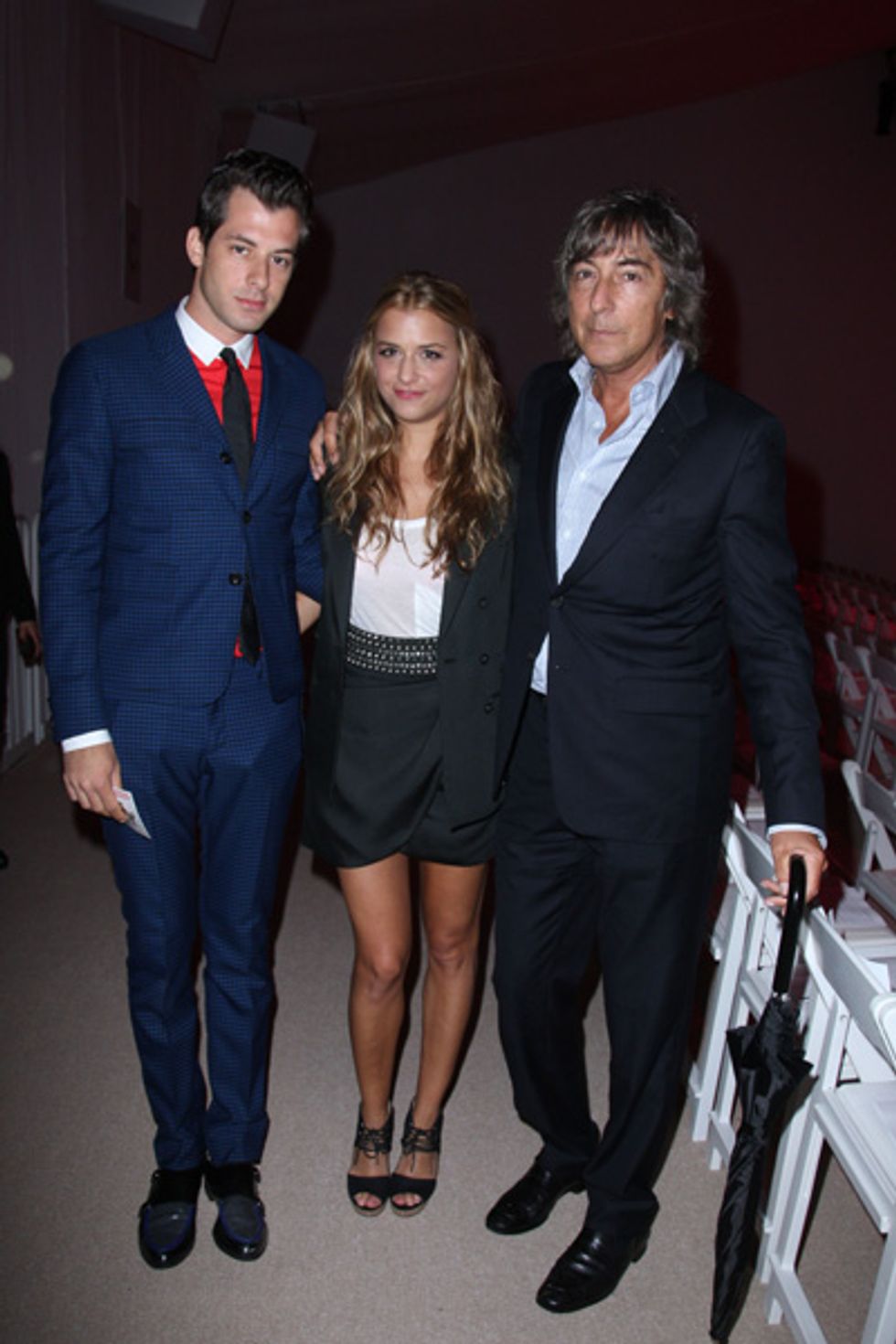 One of MM's favorite shows every season is Charlotte Ronson. How glamorous and beautiful does Charlotte look with her brother Mark and her dad? We'll have shots from the runway soon but MM had to say how much people gagged over the show. Super sexy, sheer and sophisticated!

The front row was also a treat with Ali Wise in Ray-Bans seated next to Tinsley Mortimer. Two of NYC's most popular girls who've lately been deluged with negative press obviously have a sense of humour and both looked great.