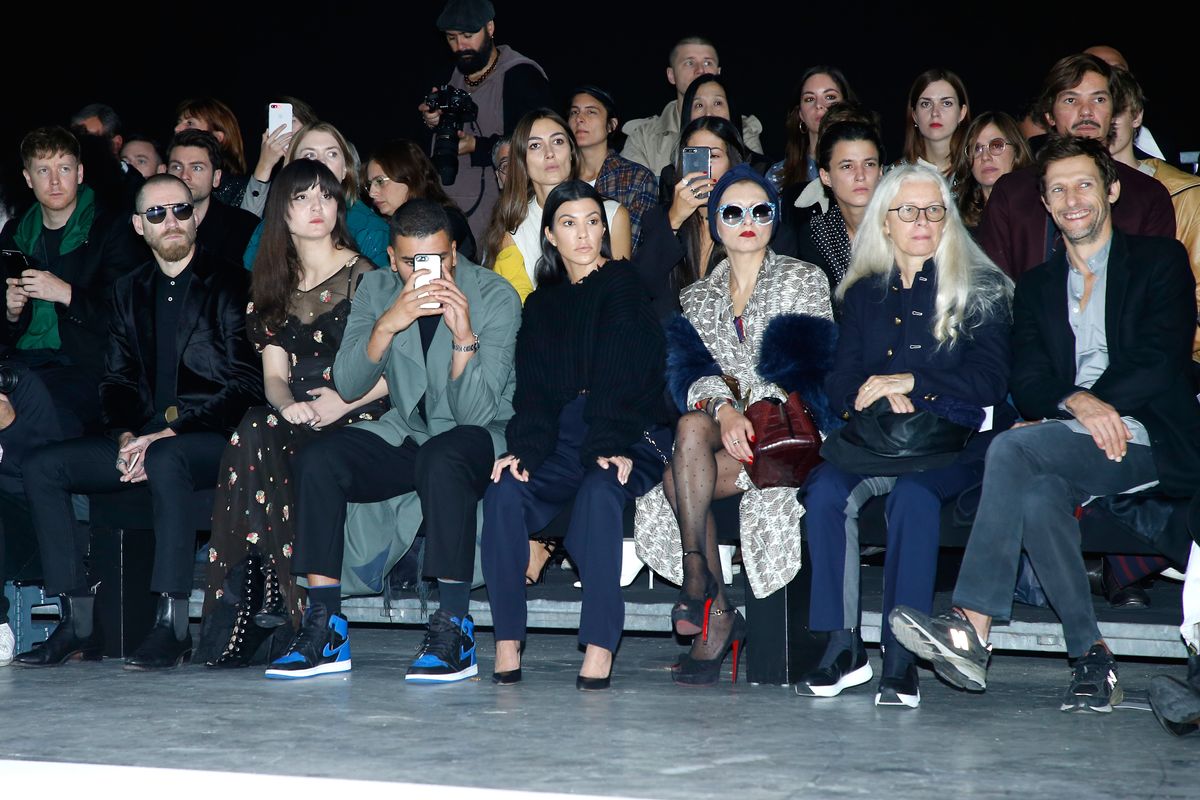 The fifth day of Paris Fashion Week brought shows by heavy-hitting designers like Vivienne Westwood and Mugler — as well as what may be the most eclectic group of celebrities to ever be in the same city simultaneously, let alone the same runways. Kourtney Kardashian made her first PFW appearance with boy toy Younes Bendjima by her side, and legendary actresses like Salma Hayek and Robin Wright came out to support in the front row, alongside today's hot models like EmRata and Gabriel-Kane. Even literal royalty from international locales showed up in Paris. Imagine a party with this group. Check out all the best front row photos from the fifth day of Paris Fashion Week below.