From the Beautiful People Archives: The Strokes, Alife and More

For the past 14 years, we here at PAPER have put out an annual Beautiful People issue highlighting up-and-coming actors, musicians, artists, writers, designers, etc. who we feel particularly inspired by, and believe may go on to do great things. To celebrate our April 2011 BP issue, throughout the month we'll be poring through the archives and featuring a few of our favorite Beautiful People of years past. Here, we take a look back at our 2001 BP issue, and include our original blurbs on The Strokes, Alife, MIke Albo, Franco Mondini-Ruiz and Andrew Andrew.

These boys put the pucker-up back in pretty. Sounding like an early-'70s CBGB cocktail, the Strokes combine their impeccable just-woke-up-on-the-subway wardrobe with a serious work ethic, practicing four hours a day. And with cool-kid names like Nikolai Fraiture, Fabrizio Moretti, Albert Hammond Jr., Julian Casablancas, and Nick Valensi, there's a lot to love about this five-piece. Armed with a penchant for beer, cigarettes, and Brecht, the Strokes (ranging in age from 19 to 22) are what every emerging New York rock band wants to be -- infectious, polished (well, fairly), and talented. What sort of perks are they enjoying? "We like pleasure, but it doesn't have to be fancy," songwriter and frontman Casablancas declares. "I mean, we'd get in a limo if one picked us up for free." So do a lot of girls come along for the ride? No comment. Don't hate them because they're beautiful -- hate them because they're cooler than you. âJessica Davies

2011 Update: The Strokes went on to dominate much of the early aughts with their debut  album Is This It and follow-up Room On Fire, drawing attention to a new wave of New York City bands like Interpol and the Yeah Yeah Yeahs. After a long-ish hiatus, they're back with the brand new Angles and are playing Coachella 2011 this weekend.

If you want to get inspired, visit the Alife headquarters on New York's Orchard Street. What looks like a shoe store is also the realization of the late-night plan that so many talk about, fewer attempt, and even fewer achieve. Rob Cristofaro, Arnaud De Le Colle, Tony Arcabascio, and Tammy Brainard met five years ago, saved and invested the same amount, and became equal partners in the venture that does what it likes, including art direction, curating (with artists like Shepard Fairey), book publishing (of Ryan McGinness), a maiden shoe line called Rite Foot (to be carried at Colette in Paris and Los Angeles' KBond), and a lot of other stuff that there isn't room to mention. And they're all 30. "Yeah, shit's fucking off the rocker," says Cristofaro. "It's about getting older, getting a little bit smarter, and taking on these dreams of people's and making them happen. It's pretty good." â Mark Jacobs

2011: It's pretty tough to walk through the East Village or Lower East Side and not see someone wearing an Alife hat or t-shirt theses days. (A ton of musicians are fans, too, including Drake) The "lifestyle concept," as it calls itself, now has a second NoHo location and continues to corner the downtown market as purveyors of cool.

For years downtown audiences have thrilled to motormouth performer Mike Albo's comic lunacy edged with a rapier-sharp critique of consumerism and the perils of rainbowfied gay life. Now his novel Hornito (HarperCollins) will bring his dynamic talent to the masses outside the performance circuit. Albo, 31, describes Hornito as "sort of like a fake memoir. I use my real name, but it's a novel. A lot of the stuff happened to me, but I had to keep twisting it and twisting it to make it fiction. And then it just became fiction." These days, Albo is working on a new novel in between stage appearances -- both solo and as part of the fledgling comedy collective Uni/Tard. He also stays active with the early-'80s MTV fantasy-fulfilling Dazzle Dancers, a troupe he co-founded, which often performs naked. "We promote fun in a really boring time of mock turtlenecks and expensive drinks," he avers. "We just want to make the world more naked and more fun." â Angelo Pitillo

2011 Update: In 2005 Albo penned the epically bitchy Underminer, spawning one of the most hilarious and predatory characters in fiction to date. (Here's a video). He's still dazzling in the Dazzle Dancers and writes occasionally for PAPER.

Lawyer turned art star Franco Mondini-Ruiz doesn't think "beautiful" is a dirty word. "Until recently, it was a bad word in the art world," the 39-year-old says. "Now it's being more accepted, so I try to make things that are tolerant and inclusive and pretty and absurd." All our favorite things! Mondini first gained fame for his San Antonio store Infinito Botanica, which mixed high and found art by selling sacred and religious objects, as well as Mondini's own work and that of contemporary local artists. He created a sensation with his Infinito Botanica NY booth at the 2000 Whitney Biennial, where he offered a cockÂ­aÂ­mamy array of gorgeous knickknacks, ranging in price from 10 cents to $10. Currently working on a window installation for the New Museum and contributing works to the show "Ultra Baroque: Concepts of Post-Latin AmeriÂ­can Art" (which will travel to the Fort Worth Museum of Modern Art, the Walker Art Center, and the San Francisco MoMA), Mondini still sees beauty everywhere he looks: "A Donald Judd masterpiece that goes for $20 million and a tchotchke from a 99-cent store--it's all the same thing." â Mickey Boardman

2011 Update: Mondini-Ruiz continues to build on his fanciful themes, reworking pieces by Koons and Warhol as pinatas. More recently, he has delved into food, cakes, doughnuts and ice cream as his inspirations.

They're the hard-core pranksters you wanted to be down with in sixth grade. Unencumbered by last names, refusing to distinguish between themselves, the duo known as Andrew Andrew stages "interventions"-- performance-arty demonstrations -- in galleries, films, DJ booths, bakeries, boutiques, and the streets of New York. Gently straddling offense and silliness, they eschew comparisons to other art star teams like London's legendary Gilbert and George. They recently curated a Survivor-style group show that allowed viewers to vote out their least favorite piece -- controversial, but the pair remain unfazed. "We experience rejection sometimes, but that's just a small setback -- as long as we're still out there working," they say. This spring they'll unveil a couture clothing line and return to the galleries for a show featuring cell phones and pornographic teddy bears. Their goal is simple: "We just want to remind people that they're alive." â Meghan Sutherland

2011 Update: Andrew Andrew continue to pique people's interest -- the Times profiled them in January -- and are still favorites of PAPER. You can watch their very entertaining theater reviews regularly on PAPERMAG. 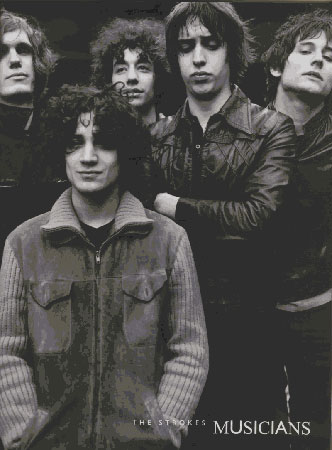 Previous Next
The Strokes 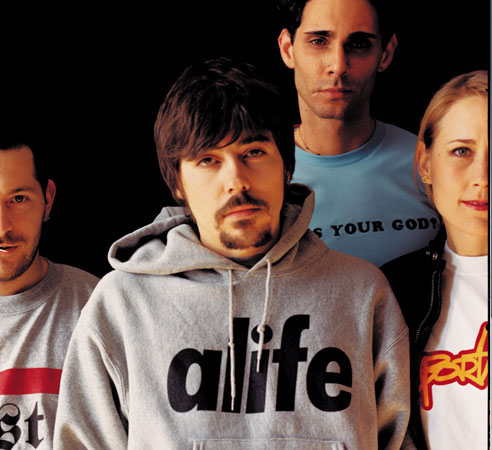 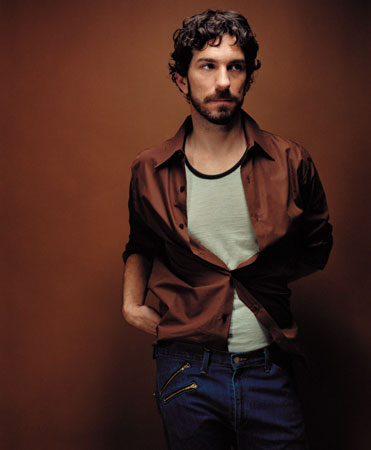 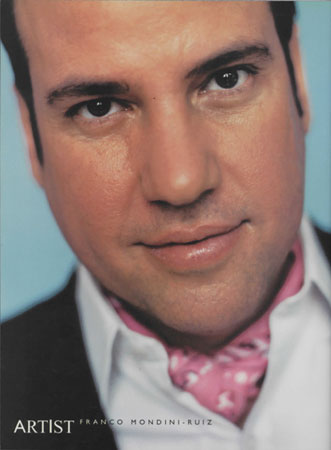 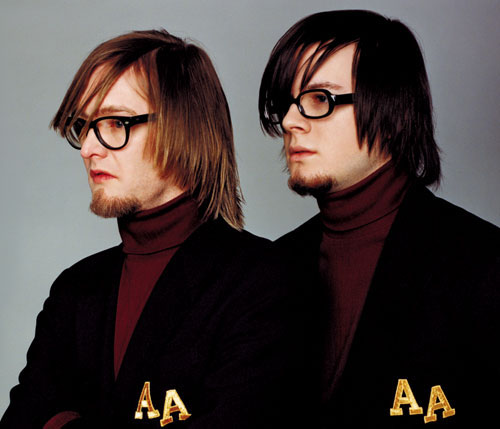 Alife Staged a Class Picture for Its Core Logo Hoodies

Watch The Strokes' New Video For "Threat of Joy"