For the past 14 years, we here at PAPER have put out an annual Beautiful People issue highlighting up-and-coming actors, musicians, artists, writers, designers, etc. who we feel particularly inspired by, and believe may go on to do great things. To celebrate the April release of our 2011 BP issue, throughout the month we'll be poring through the archives and featuring a few of our favorite Beautiful People of years past. Here, we take a look back at our debut 1997 BP issue, and include our original blurbs on Amy Sedaris, Mike Mills, Tom Sachs, Todd Phillips, and Alek Wek.

All photos by Jeff Riedel.

As pretty and petite as she may be in real life, Amy Sedaris, 36, has been winning the hearts of thrill-seeking Manhattan theatergoers with her onstage transformations into such surreal freaks as Tula Sackus, the pig-nosed, gutter-mouthed slut. "The last thing I want to hear after a show is, 'Everyone looked so pretty and thin,'" she laments. "I'd rather hear, 'Is that really your eyebrow?' or 'Do you really have a limp?'" Sedaris and her brother, best-selling gay literato David, are the Talent Family, the Obie Award-winning creators of the downtown cult theater smashes Stitches, One Woman Shoe, The Little Frieda Mysteries and Incident at Cobbler's Knob. Most recently, Sedaris took a relatively straight role in the New Haven run of Douglas Carter Bean's new comedy, The Country Club, which she may reprise when the show opens in N.Y.C. this fall. "It was weird doing a show where the clothes actually fit me," she confesses. "I was going, 'Can I get a mole or something?'" Sedaris' hobbies include jury duty and baking. The specialties of her Tattle Tail catering company are cheese balls, cupcakes and cakes. "It's just something I do at 3 in the morning," she says. "When I can't sleep, I get up and make cupcakes." By Angelo Pitillo

2011 update: Soon after this story ran, the world was introduced to Sedaris' amazingly gross, hard-livin' character Jerri Blank on the cult comedy series Strangers With Candy, and the rest is sort of history. Since then, Sedaris has become an entertaining regular on the Late Show with David Letterman, appeared in ton of films -- including a big-screen version of Strangers With Candy-- and wrote two craft/cook books: I Like You: Hospitality Under the Influence and Simple Times: Crafts for Poor People.

Thirty-one-year-old Tom Sachs is the enfant terrible of the art world. Working out of an industrial-style space in Little Italy dubbed Allied Cultural Prosthetics, Sachs has won over collectors like John Waters and Dennis Hopper with his witty, crafty Pop masterpieces, which are comprised of chain saws and urinals made from Prada, Gucci and HermÃ¨s packaging. "My work is about shopping," the self-confessed shopaholic explains. "I love to shop on both 57th Street and Canal Street, because you can get the same stuff in both places." Sachs' influences range from the Japanese cartoon character Bad Batz-Maru ("A kind of homeboy Hello Kitty") to NASA, Fisher-Price toys, the Southern California surf family the Paskowitzes and Buckminster Fuller, inventor of the geodesic dome. Sachs' one-man show runs from April 25 to June 6 at Chelsea's red-hot Thomas Healy Gallery. "Everything in the show is going to be white," Sachs hints. "And there are going to be a lot of surprises." We can't wait to be shocked. By Peter Davis

2011 update: These days, Sachs has work hanging in the Metropolitan Museum of Art, the Guggenheim the Whitney and the Centre Georges Pompidou, Paris. He has shown at Gagosian, the Lever House and continues to explore the theme of outer space in his work.

In the font-happy graphic arts world of thoughtless computer mediations, the conceptually driven poetics of Mike Mills' album covers, skateboards, streetwear, logos, music videos and other design work have not only helped define the look of contemporary youth culture, but also added dimensions of the sublime and the mundane to the aesthetic landscape of commodity culture. Working with a who's-hip of the 90's, including Sonic Youth, the Jon Spencer Blues Explosion, the Beastie Boys, Air, X-Girl, TG-170, Marc Jacobs and Mo' Wax, Mills' semiotic distillation of ultramodernism and suburban "nowhere" fetishism has single-handedly upped the cultural ante of marketing identity. "Stylistically, I'm all over the place," Mills, 31, admits, "because I'm more interested in ideas, in documenting how images are made and consumed than in pushing a single aesthetic agenda." Because of this philosophy and despite the tremendous success and influence he's enjoyed, he doesn't settle for churning out some signature look, instead continuing to devise ever more conceptual projects across multiple genres and media. By Carlo McCormick

2011 update: Mills has branched out from graphic design and music videos, making 2005's Thumbsucker with Tilda Swinton, Keanu Reeves and Lou Pucci (the cast of which appeared on our October 2005 cover.) His forthcoming Beginners, is out in June 2011 and stars  Ewan McGregor, Christopher Plummer and MÃ©lanie Laurent.

Sudanese model Alek Wek has only lived in N.Y.C. for a year and a half, but her face is known to magazine readers everywhere. The gorgeously fresh-faced 20-year-old was discovered in London. "At first it was, 'Um...me?'" she recalls with a laugh, since she was a college student at the time and had never even thought of modeling as a possible career. But she talked it over with her mom and decided to give it a whirl. She came to New York on summer holiday, where she met her current agent, and within the month was shot by makeup artist/photographer FranÃ§ois Nars (for a spread that appeared in PAPER). She was then shot by Steven Meisel for Italian Vogue, and the rest is fashion history. Wek enjoys the perks of being a top model: "You can travel. They feed you. You meet different people. I appreciate the things that come with it," she says good-naturedly. By Mickey Boardman

2011 update: Wek has continued her ascent in the fashion world, appearing in ads for everyobe from Issey Miyake, to Clinique and has walked for John Galliano, Chanel, and Donna Karan among others. She has a line of handbags called  "Wek 1933" at Selfridge's department stores.

Twenty-six-year-old Todd Phillips' style mixes danger with documentary. His films are like incendiary celluloid terrorist bombs lobbed into theaters. Phillips' first film, Hated (1994), is the shocking chronicle of the late G.G. Allin -- a psycho punk junkie musician whose kamikaze nude stage performances included throwing his own feces at audiences. Phillips produced Screwed, Alex Crawford's 1996 portrait of notorious Screw magazine publisher Al Goldstein, but his latest venture is his best: a scary and hilarious take on college hazings called Frat House (codirected with Andrew Gurland), which will air on HBO in September. Phillips was even forced to participate in a fraternity's "hell night" in order to complete the film, and was rewarded with a shared Grand Jury Prize for Best Documentary at this year's Sundance Film Festival. He's currently working on a film about the band Phish, and his dream is to either outdo Seymour Butts' renegade home porno movies or to be Chuck Barris of Gong Show fame. By Dennis Dermody

2011 update: Phillips took his interest in frats above and beyond, directing dude-culture classics that turned to box office gold including Old School, a reboot of Starsky & Hutch, the Hangover and Due Date. The Hangover Part II comes out this summer. 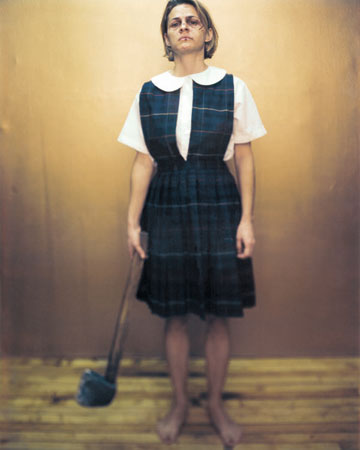 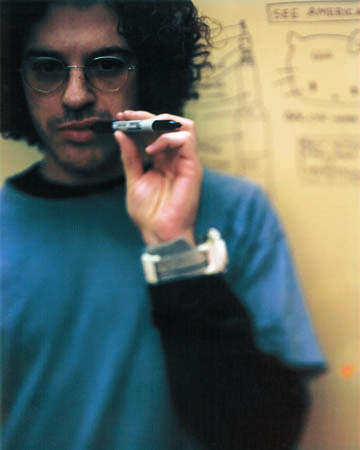 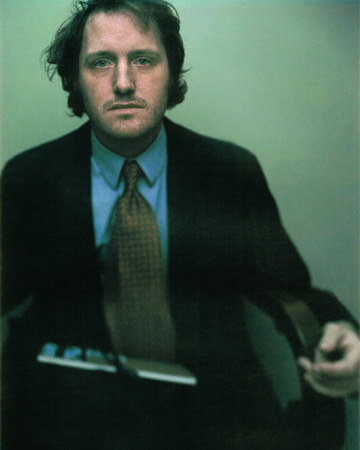 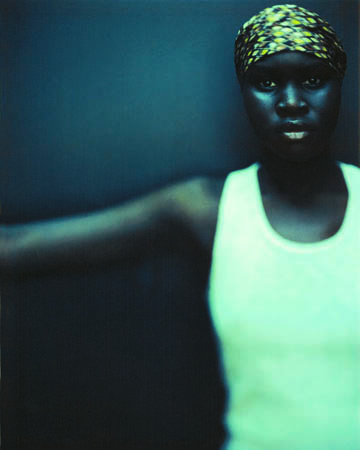 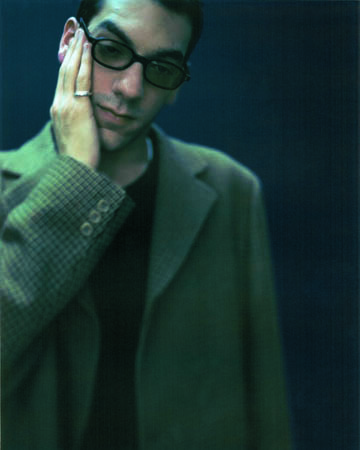