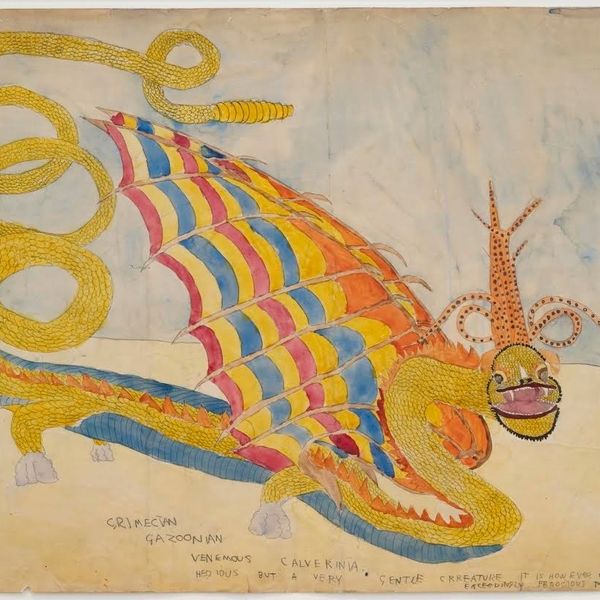 Over 40 Self-Taught or 'Visionary' Artists Will Show at Frieze

Most of the artists who will show at Frieze New York's five-day art fair this year studied at the best art schools in the world and have resumes stacked with prestigious galleries and publications.

But not all: this year, the art fair will highlight the work of self-taught or "outsider" artists — those who create art completely outside the norms, metrics, institutions, and limits of the art world. "The Doors of Perception," on view on Randall's Island throughout Frieze New York (May 2-5), is a special section celebrating this unique genre, also known as art brut or visionary art.

Related | All Things VR, AR and Cyber at Frieze

Curated by Venezuelan artist Javier Téllez, "The Doors of Perception," according to him, offers "a panorama of art created on the margins of society. Whether psychiatric patients, self-taught visionaries, or mediums, each of the artists included here felt at some point in their life the need to create an artistic language of their own in order to reveal what they understood to be the true nature of things."

The title of Frieze's exhibit is inspired by the way visionary artists are often or moved to create after "life-changing epiphanies or meeting with a supernatural power—whether an encounter with the divine, spirits of the dead or extra-terrestrial beings." Exploring these transcendent realities, in many cases helped the artists to "survive… otherwise unstable lives." The new worlds are revealed using unusual materials, and amateur or totally original techniques.

The 43 participating self-taught artists hail from all over the world, from New Zealand to Romania to Indonesia to Ivory Coast to Mexico and beyond, emphasizing the universal nature of these epiphanies and the human urge to create.

Visionary artists, self-taught ar as well as its cousin genre, folk art, has been previously displayed and celebrated at museums like the American Museum of Visionary Art in Baltimore.

"The visionary artists represent the world anew, so they often think of the future as a parallel dimension to the present. For them, time is a perpetual possibility, having invented codes to access a new consciousness beyond the flat world of appearances. As William Blake wrote: 'If the doors of perception were cleansed everything would appear to man as it is, Infinite.'"

Photos courtesy of Resnicow and Associates