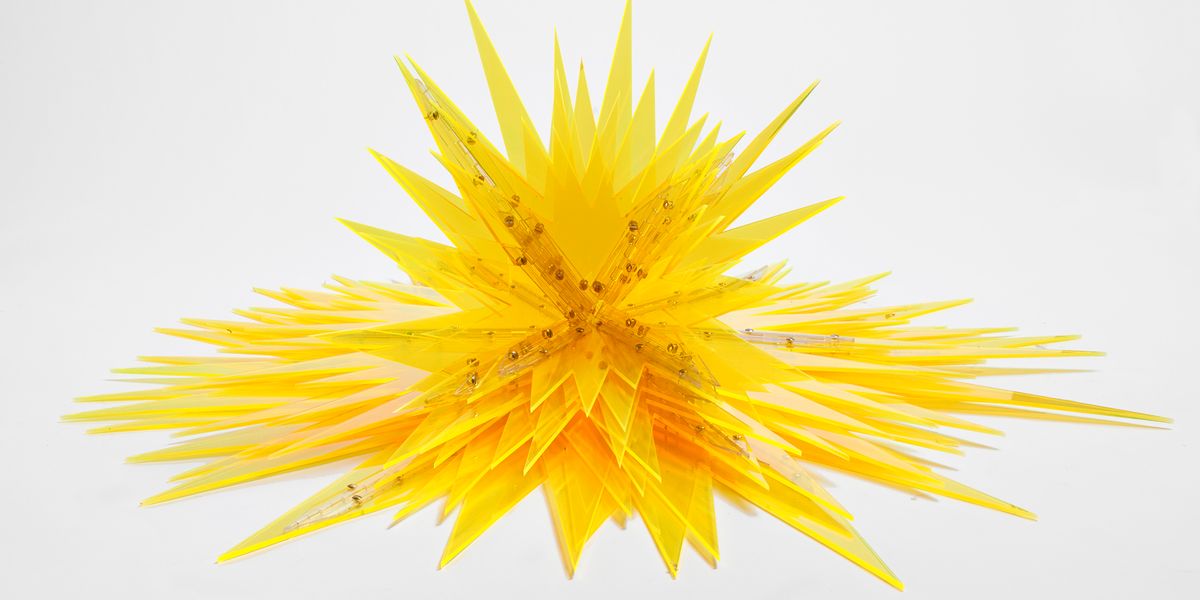 Contemporary Latinx Art Will be Honored at Frieze

El Museo del Barrio, the NYC museum dedicated to Latinx, Caribbean, and Latin American culture turns 50 years old this year. Frieze New York, the biggest week of the year for art in New York, kicks off on Thursday, and it won't overlook the milestone of the institution, which was founded in 1969, when Latino artists were largely overlooked by mainstream museums.

Frieze will host a special section of the annual Randall's Island art fair called Diálogos: a tribute to contemporary Latinx art. The exhibit includes 13 working artists from across generations, mediums and the Northern hemisphere, including many artists that El Museo championed over the years.

Related | This Ghanaian Artist's Flags Have Replaced the UN's 192

The artists range from the late Cuban-American legend Ana Mendieta, whose multi-media art explores the body and displacement; to LA-based Luis Flores, known for hand-crocheted, life-size self-portraits, which he uses to reclaim feminized techniques and reckon with conflicting identities; to Puerto Rican artist Chemi Rosado-Seijo, whose new series connects skateboarding to art history.

"We are delighted to have an opportunity to highlight the respective importance of Latinx and Latin American cultural production in the global art world, and also reflect upon the concepts of representation and intersectionality" explains Temkin. "An additional aim for Diálogos is that it will help prompt conversations surrounding collecting, particularly in regards to Latinx art and its growing visibility."

Check out a full list of artists showing at Diálogos here.

Photos courtesy of Resnicow and Associates