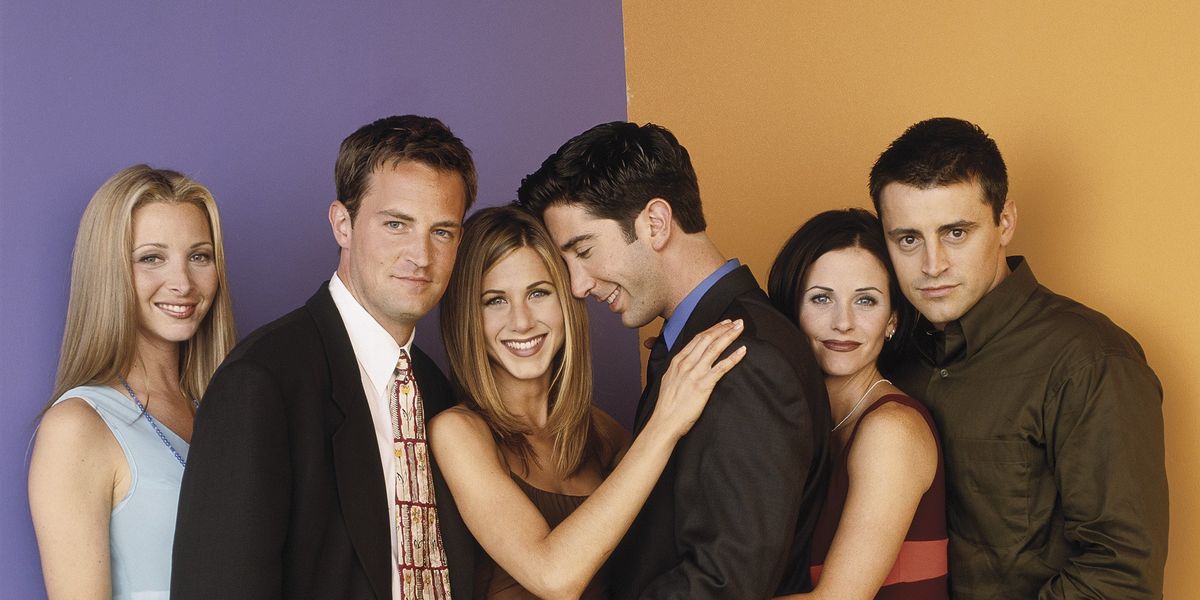 So no one told you a Friends reunion special was underwaaay. (Clap clap clap clap.) An unscripted episode of the sitcom is being produced for HBO Max, but when it airs I cannot saaaay.

Apologies. But yeah, the original cast and creators of your favorite Netflix comfort binge have all signed on to make some more TV together, says The Hollywood Reporter. Although the details aren't ironed out yet, and nothing's guaranteed, after years and years of rumors this is the most likely a reunion has ever looked.

The key word here is "unscripted." We're not getting a brand new season, Will & Grace style. Still, this would be the first full cast TV reunion since Friends ended in 2004, unless you count those cute group shots on Courteney Cox and Jennifer Aniston's Instagrams. All the Friends except for Matthew Perry did appear on a panel together in honor of NBC director and producer James Burrows in 2016, but I think we can all agree that the show is nothing without Chandler.

Related | Which of Brad Pitt's Exes Did Ellen DeGeneres Date?

This report follows Jennifer Aniston telling Ellen DeGeneres last month that she and the rest of the cast are working on "something," but not a full reboot. The actress recently made her first public Instagram account, which has helped build even more reunion hype.

HBO Max launches in May 2020, so we'll have to wait at least until then to see the old Central Perk gang back together. As long as there's a Gunther cameo, I'm happy.