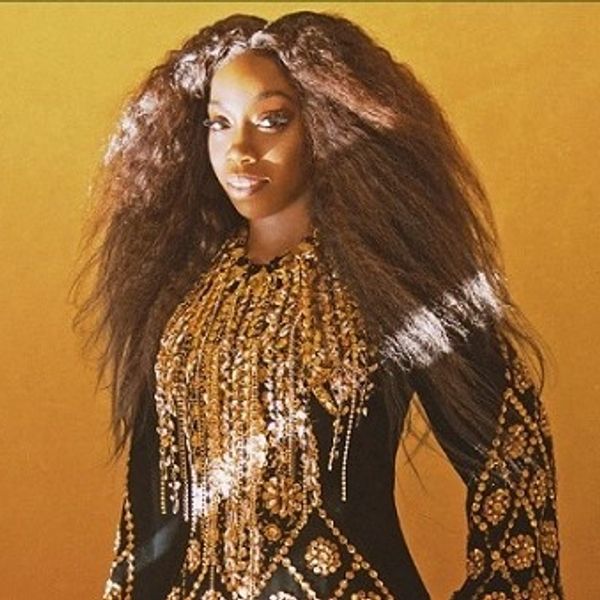 It's been a little while since we've heard from "American Boy" hitmaker and Grammy-winner Estelle, but today she drops the summery, reggae-inflected bop "Better." If this song is any indication of what's to come from the soul singer, which by the way is catchy, sensual, and an homage to Estelle's West Indian heritage, then we are in for a real treat. The song cruises on a spacious, airy groove produced by Harmony Samuels that finds Estelle singing, "No one loves you better" in her signature raspy croon. It appears that Estelle is indeed back, and better than ever.

Lovemaking as spiritual ecstasy isn't entirely new, but what Grande does on her latest Sweetener cut, in a time marked by increased awareness of inequality of the sexes, is change the narrative. On "God is a woman," the art of seduction becomes a self-empowering move to convert lovers to the equitable ways of matriarchal beliefs. "You'll believe God is a woman," Grande intones on the minimal trap-inspired pop production, sounding more confident and self-aware than ever. Consider us among the converted.

Belgian artist Tsar B makes twitchy, dark electronic music that charms its way into your psyche. "Rattlesnake," her latest track, literally features, among other highlights, winding snake-charmer melodies, and brittle synth stabs. There's a howl that punctuates the chorus that will probably haunt and seduce you, but the song is mostly about anger and disappointment as forces of nature. Don't let that stop you from getting into the addictive vibes of this track, though. Hitting repeat is like letting a snake unwind its coils in your brain's pleasure centers.

"Shadowboxer" is the first offering from punk-pop band Good Charlotte since 2016's Youth Authority album, but you may remember their biggest hits, the iconic early-aughts rock radio bops "Lifestyles of the Rich and Famous" and "Girls & Boys." "Shadowboxer" is catchy pop song structure, heavy on rhythmic guitars — a fitting throwback to their back catalog. Relive your youthful angst if you must; "Shadowboxer" invites you to revel in it.

Mary J. Blige, our queen (no extra superlatives needed, because she is simply our queen) releases one-off single "Only Love" today. It's a delicious slice of disco that finds the singer praising the merits of love, even when it breaks you. Mary J. is in fine form vocally, as usual, and the song is one of those tunes made with such emotion and zest for life, you can't help but feel warm and fuzzy all over. Let "Only Love" comfort you like a cool breeze on a packed dancefloor, that's what it's here for.

It was less than a year ago that Dirty Projectors, led by singer/producer/multi-instrumentalist Dave Longstreth, released their last self-titled full-length. Today, we've been blessed with Lamp Lit Prose, another series of multilayered arrangements seamlessly blending pop, rock, funk, and R&B styles. One highlight is "I Feel Energy" featuring Amber Mark (who is basically Sade-in-the-making, if you didn't know), and the track will make you undoubtedly feel what it's professing. It's got a robust horn section, and an earworm-y chorus that will surely lodge itself in your cerebral cortex.

RUSSO, the rock band of singer-songwriter Cailin Russo, returns with "Loudmouth," the latest single from debut album House With a Pool. "Loudmouth" is a electropop-tinged ditty that makes an extended metaphor out of the internal struggle between having romantic feelings and having the courage to voice them. The verses feel like spoken-word intimations and the chorus resonates with "ow, ow" syllabic repetition, proving that Russo is, at her core, a versatile pop songwriter with the heart and confidence of a stadium-filling rock star. Turn "Loudmouth" all the way up, the way it's meant to be heard.

Related | Premiere: RUSSO Gets Bloody in Video for 'Loudmouth'

MØ released "Sun In Our Eyes," her new single from upcoming album Forever Neverland today. The Diplo-produced track is both a continuation of the pair's creative streak, and is a breezy, top-down nostalgic pop jam. On "Sun In Our Eyes," the Danish singer muses poetically on summers past: "I feel the sunlight on my head/ The scent of summer in my bed/ When we were footprints in the sand/ Stealing liquor making plans," she sings. Is it wrong to feel as though MØ has channeled her pain for our pleasure?

Tinashe releases single "Like I Used To" today, and where recently-released sophomore album Joyride was punctuated by lovelorn anthems and ballads, this track is in the breakup jam territory. Lyrically, it seems to reference the dissolution of her relationship with Rookie of the Year basketball player Ben Simmons: "I can pop my own tags, I can buy my own coupe/
This shit too easy like a free throw, yeah." Who knew a breakup could sound so glorious?

Terror Jr, the band rumored to be fronted by none other than Kylie Jenner in the land of winding Internet conspiracy theories, is back with new single "Heaven Wasn't Made For Me." The track's sound, the band's dark electro-pop signature, is the delicious backdrop for lyrics confronting society's moral ills: "Feels like the world's made of letters/ So why do I feel so constrained by my words?/ Like saying things are gonna get better/ That's the fakest shit that I ever heard." "Heaven Wasn't Made For Me," ends up a brilliant study in contrasts on repeat listens. The track's cold, almost intentionally architectural feel, paired with socially conscious lyrics and catchy melodies from frontwoman Lisa Vitale (read: NOT Kylie Jenner) works to give the track more depth. Looked at another way, those of us who live marginalized existences can all find a piece of salvation in "Heaven."