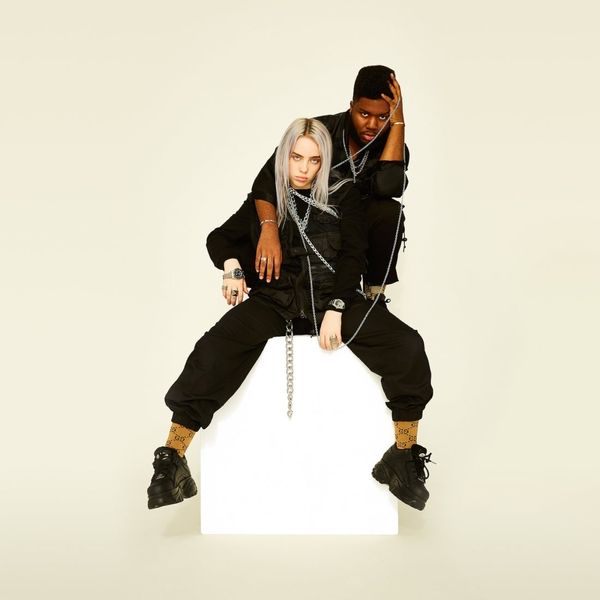 Yassss! Ariana Grande is back with her first single since 2016's Dangerous Woman, her most solid and cohesive collection of bops to-date. (Truly, it is an excellent album.) But it seems the ponytailed superstar is poised to best that effort with "No Tears Left to Cry," which she teased earlier this week with mirror-written font and the gorgeous headshot serving as the single's cover art. And let's just say that we are totally here for what's happening: it's got an undeniable four-to-the-floor groove co-produced by Max Martin with pensive lyrics doubling as dancefloor therapy: "Right now, I'm in a state of mind/ I wanna be here like all the time," Grande croons in the song's soaring chorus. It's also an anthem for picking yourself up when you've been knocked down. We all know that Grande is no stranger to tragedy; last May, 22 people were killed by a suicide bomber at her concert in Manchester. "I'm loving, I'm living, I'm pickin' it up," Grande sings — an inspirational and urgent declaration of self-affirmation to keep us afloat in these dark, uncertain times. I can only imagine the glory to come next from Ms. Grande.

Here's a mega-collaboration we don't hear everyday: Khalid, Ty Dolla $ign, and 6LACK are here to bless our ears with a refreshing slice of smooth, radio-ready, but throwback '90s R&B. "OTW" is an addictively rhythmic tune about rushing to see your love. What really makes this one shine isn't the constant string of catchy choruses and verses, but the undercurrent of bittersweet melancholy characteristic of the genre's most forward-thinking productions. Think: the lovelorn odes of acts like SWV and Joe, updated for 2018 and sung by some of today's leading hip-hop and R&B stars. Gorgine.

Here's a slow jam for the kids, but replete with all kinds of grown and sexy vibes. Kidding, but not: it's actually a sweeping, delicate thing of melancholic beauty. As is characteristic of 16-year-old Billie Eilish's smoldering compositions, haunting melodies, lush production, and dark lyrics ("Tear me to pieces/ Skin to bone") makes "Lovely" throb with ache. Paired with Khalid, the song becomes a stirring duet about spiraling down into the heart's deepest and darkest places.

I had no idea this album was happening — but for those of you who don't know: Mya Harrison is the iconic R&B siren behind "My Love Is Like...Wo," "Case of the Ex," and yes, featured on the Moulin Rouge revamp of LaBelle's "Lady Marmalade." (It's been almost 20 years since that dropped!) And in case you still don't know: Mya has been an independent force in her own right since launching her own label Planet 9 about 10 years ago, and has released several albums including her seventh studio LP, 2016's Grammy-nominated Smoove Jones. More impressive: going independent may mean harder work, but the benefits of having total creative control and being the sole rights-owner of her music means she gets more coin per record sale. So, Ms. Mya is doing just fine, thank you very much. T.K.O. (The Knock Out) is Mya's latest release, and it's impressive in its scope and its referencing of her inspirations spanning the genre's masters. Collectively, it seems to be right on-trend, kicking it old school, and forward-thinking, all at one. "Open" featuring GoldLink is a slice of atmospheric trap-flavored R&B and a well-played Mary J. Blige circa My Life interpolation. "Knock You Out" is an Isley Brothers-indebted bedroom jam with guitar licks and spaced-out vocal harmonies. "Ready For Whatever 2.0" is a reimagining of the album's first single and is an homage to Aaliyah's effortless cool. But throughout TKO, though Mya is a well-studied product of her influences, she is as an artist all her own, producing, writing, and owning all of it.

Kimbra has had our ear from the first series of notes she hit as the featured vocalist in Gotye's ubiquitous 2011 smash "Somebody That I Used to Know." When she released Vows a year later, it fully delivered on her promise and placed her many talents front and center: the young New Zealand singer-songwriter played many instruments, composed, and produced much of the material on the record, which was critically acclaimed for its hybrid of dense, complex pop arrangements and darkly comical lyrical musings. She hit with sophomore record, 2014's The Golden Echo and it was chock full of kitchen-sink experimental ideas, but didn't net her as much attention. Primal Heart, which has been delayed for some time now, is Kimbra's third record, and it's the perfect combination of what captivated our hearts 7 years ago and her penchant for untamed creativity. It's been produced by John Congleton, who helped streamline St. Vincent's similarly complex ideas — and he allows Kimbra's voice to really shine. The untamed creativity is still there, but the end result of Primal Heart is glittering electro-pop, sprinkled with '80s synths, spacey grooves, and her most cohesive record to-date. Highlights are "Past Love," "Right Direction," "Like They Do On TV," "Black Sky" and the Skrillex-helmed single "Top of the World."

Related | Kimbra Is Ready For Her Return

Norwegian pop pixie AURORA is back with the first single from her forthcoming sophomore release. "Queendom," which the singer performed at Coachella last weekend, is a stadium-filling empowerment anthem imagining the world as a matriarchy. But everyone's welcome (unlike its oppressive counterpart!) in AURORA's vision: "You have a place in my Queendom," she sings in the song's bridge. The upbeat vibe of this song, full of colorful rhythms, is so welcoming, so warm, and so needed.

iZNiik is, like its virtual-reality invoking visage online, is a total enigma. There is zero information about this artist (or team of artists online), much like the projects of SOPHIE and iamamiwhoami before it (and even The Weeknd — remember when no one knew who was responsible for making that sumptuous mixtape R&B? Or like how Sia doesn't show her face on stage or in interviews, which is a stretch, but you get the point). But that's all okay. And from listening we can't "tell" the gender of the vocalist. When the music is this good — a little glitchy Timbaland-leaning vocal R&B and a whole bunch of experimentalism — it may not matter. Regardless, "Round the World," a song about expanding ones horizons and worldview. It's catchy, hopeful, relevant, and for absolutely everyone.

Bishop Briggs is the moniker for Sarah McLaughlin (not to be confused with the Lilith Fair legend and star of those really sad ASPCA commercials featuring three-legged dogs and such). Bishop Briggs makes sophisticated pop with force-of-nature hooks, and that is abundantly clear on the something-for-everyone debut album Church of Scars. There's a fierceness coursing through this record that anchors it — even when its tales of gothic romance ("Hallowed Ground" and "River") veer a little too bombastic. The production is hard-edged ("Wild Horses") and the voice is booming and literally we are in church praising goddess.

One of the most instantly iconic duos in music has gotta be Pete Yorn and Scarlett Johansson. In case you're unfamiliar, revisit 2009's The Break-Up. They sound really great together, for one, and the music they create expertly plays on dual relationship perspectives, because well, there are two people singing together, and separately about love and romantic experiences. Sensual, sensitive, substantive. It's like an indie pop-rock answer to Nelly Furtado and Timbaland. "Bad Dreams" is the duo's new single from upcoming EP, Apart, and it is part-Lynchian mood piece and '80s synth-pop fantasy, and totally thrilling.

We conclude this week's edition with J. Cole's new record, surprise-announced this week, and released today. The rapper turned full-on activist dropped KOD, and it further builds on what 2016's 4 Your Eyez Only created: ferocious, slightly trippy meditations on the state of the union and black America from his position as a reluctant superstar. The album is mostly about J.Cole and his pen game and his flows (see the rapid-fire verse in the title track, for example). It also features "Photograph," about love and missed connections in the digital age, one collaboration from someone named kiLL edward, a highlight about opportunistic friends "The Cut Off," and "ATM" is about living with material goods, and dying with no soul. And as always, KOD presents J. Cole is a welcome patron saint on getting us all to look at what the fuck we are valuing.