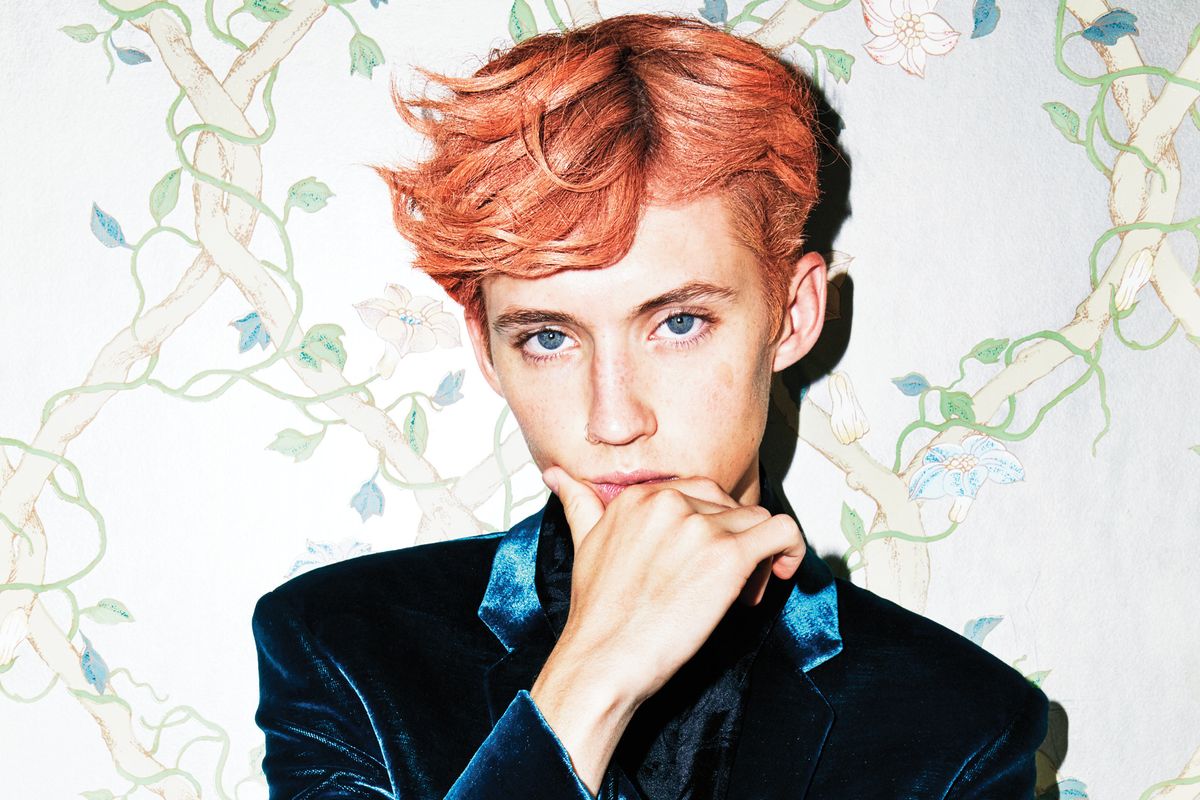 Much is being made online about the maturity and nuance of Troye Sivan's universal queer love songs on Bloom, as well it should be. In our PAPER interview, we learned that Sivan is a highly intuitive artist who follows his own arrow, so to speak. "Lucky Strike" is one example on an album brimming over with highlights, with its sweetly affecting "tell me all the ways to love you" refrain, and its immaculately produced electronic pop beat. Sivan's voice and radically confessional lyrics are the true star of this show, though, and aren't we lucky to bear witness to it?

From nowhere, Eminem dropped a whole new album overnight. Kamikaze appears, by and large to be a response to critics of his last album Revival, which was released eight months prior. While it feels dicey at this present juncture to dive into the ethos behind this album (he's naming names without apology), we can say for sure that several of these songs are bangers in their own right. "Lucky You" is one such moment: Eminem and Joyner Lucas trade barbed, speed-of-light-fast flows back and forth over an uptempo trap beat, accented by chimes and piano to offset the track's hype machinery. The two of them fill the track up with enough rapid-fire energy and clever wordplay to warrant repeat listens for clubs and closer context. That's it's own kind of accomplishment.

Rising London R&B star Mabel seems to have found her voice on "One Shot," sounding perfectly at home in the warm, globally minded sonic palette she creates, blending soulful vocals with playful wordplay. "One Shot" boasts an array of endlessly catchy hooks about that special chance at romance. It all feels designed for Mabel's inevitable mainstream crossover, but nothing about this feels forced. It goes down easy, like a shot of honey.

Singer, songwriter, and multi-instrumentalist Tash Sultana, one of PAPER's 50 LGBTQ Musicians You Should Prioritize, drops her debut album Flow State today. Like its title suggests, it is stacked with free-flowing meditations on her life, identity, and love. Sultana has always been an open book about her journey as a busker and former drug addict before music turned it all around, and on tracks like "Cigarettes," she lays it all bare. "I've got a penny for my thoughts/ I've got a dollar for my doubts/I got a message for myself," she sings over layered, melancholy guitar licks. The song becomes a metaphor of picking oneself up from rock bottom, soaring into a majestic chorus that ends in a soulful hum, before exploding into a funked-out coda. "Cigarettes" is an undeniable jam that will find its way from Sultana's heart to yours.

MNEK is back with "Correct," an upbeat, whimsical anthem establishing the London singer-songwriter and producer as queer royalty. It's a cut from his upcoming debut album Language. Come correct to this party or just stay home.

Hoodcelebrityy is back with new EP Inna Real Life, and let me tell you what I did to this title track this morning: nearly passed out on the treadmill at the gym this morning, earbuds flying out, looking a mess, but regardless of the circumstances, I was feeling amazing. The energy of the entire EP is empowerment (take lead single "Walking Trophy," for example). Hoodcelebrityy is here to embrace her story, and turn it into feel-good art: "Inna Real Life," bolstered by a bass-heavy dancehall beat and her idiosyncratic island flow are impossible to resist.

Fern. is 18-year-old singer, songwriter, and producer, Fernando Tan. He once said in an interview that his music is meant to "speak for people who can't speak up," but little else is known about him, other than his heartfelt single "Into You," another song that he described as a metaphor for something he couldn't talk about. With "Only You," he lays out his heart's mysteries, confessing his innermost feelings for a love he pines after, over a sparse production of dreamy, sparkly effects. "My baby is is love with someone else," he sings. "I just want you to know how much damage you do," his voice hovering above a resigned sigh. Here's a bop to get you all up in your feelings, but a bop none the less.

19-year-old New York musician Spencer. comes with endorsements from popular acts like Brockhampton and Om'Mas Keith. It's easy to understand why. By the sound of his stunning new song "Want U Back," Spencer. is unafraid to wear his heart on his sleeve in front of the world. The track itself is built on a simple guitar loop and repetitive, but effective use of the words "want" and "need," creating an enveloping atmosphere of melancholy and longing. While this song is giving us plenty to chew on, we definitely want more of Spencer.

R&B shapeshifter Gallant drops "Haha No One Can Hear You!" today, and it finds him trying on the bejeweled robe of a soul star. It's a blissfully spaced-out funk groove that never lets up as Gallant wails idiosyncratic but sweet lines about watching a lover fall asleep on rose petals. We certainly can hear you, Gallant, and we're under whatever spell you're casting.

Singer Shungudzo closes out our list this week with her breezy message song "Paper," a gorgeously executed tune about not wanting to get stuck in the maze of a life built on chasing the next check. "I don't want to sell my soul and wake up with no savior," she sings atop a curiously whimsical beat. It's a sentiment any of us can relate to in capitalist American society. But for all the song's effortless charm, it posits that maybe we can do something to stop the rat race. But how?