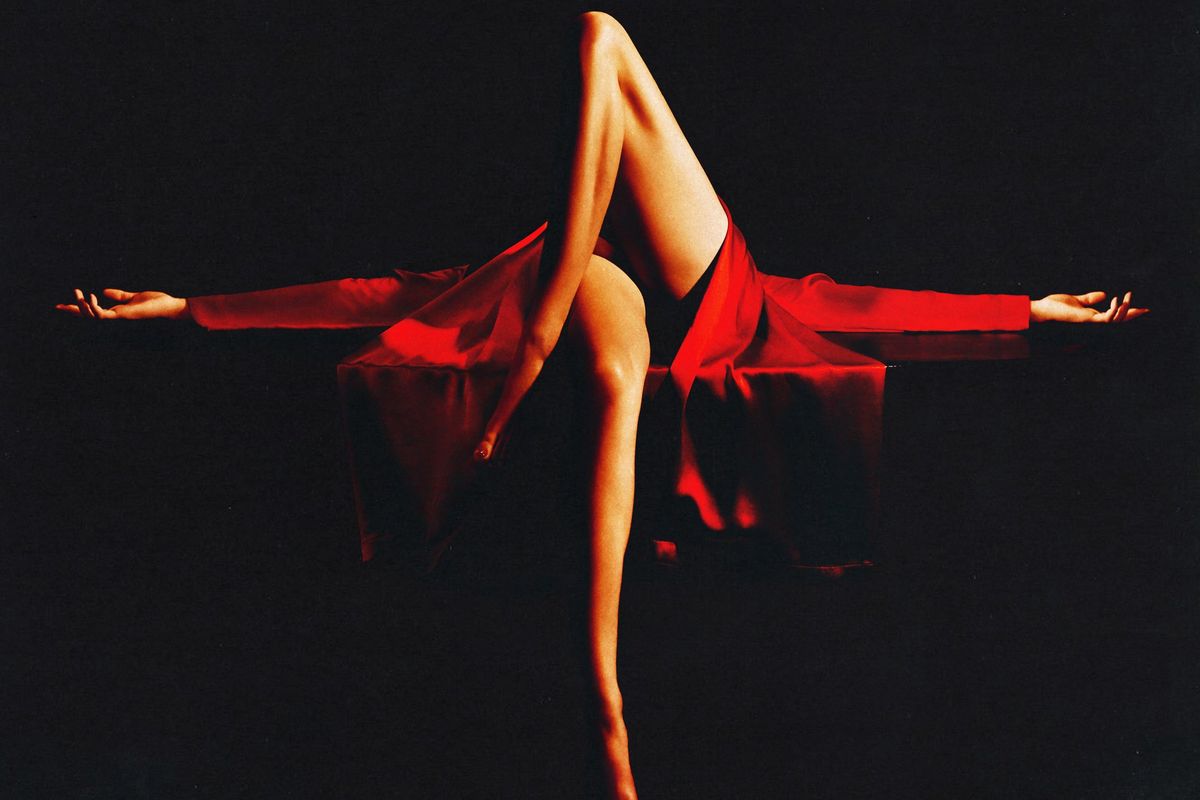 Under the dark cloak of night, Caroline Vreeland released an EP, Like a Woman, Like a Drunkard. That's right, Diana Vreeland's great-granddaughter (!!!), a model and fashion icon in her own right, is a bonafide, real-deal musician. She's singing the blues all over this stylistically diverse EP, and her husky vocal quality is fused with deep pain and knowing. "Black Summer" is just one of many highlights, and though its overall tone is stormy and lovesick, it is fused with the inescapable romance of the summer, a crack of light through the darkness.

Nina Nesbitt's new single "Loyal to Me" is such a '90s-inflected R&B-styled pop bop that we are shaking. Its lyrics, sung with warmth and exacting precision, are a love letter to women who find themselves embroiled in romances with shitty guys who don't text back and otherwise play childish games. "Take your heart and turn around while you still can," Nesbitt warns, in a vocal tone that high and sweetly melodic. On "Loyal to Me," Nina Nesbitt is the realest best friend who has endured the pain of fuckbois (and lived to tell the tale) so that you don't have to.

LSD: the supergroup comprising UK musician Labrinth, Sia, and Diplo, is back with a late-summer song of the summer contender, but it's never too late when the jams are this good. Diplo produces a slinky, island rhythm infused track that explodes into horn-filled doo-wop strut, featuring impassioned vocals from Labrinth and Sia essentially about chasing the blues away. "Thunderclouds" is melodic, internationally minded, and most of all, deliciously unforgettable.

Minneapolis R&B singer Aaron Aye releases his debut Orphan today, and "I Know" is a surefire standout. Backed by an upbeat hip-hop beat with plinky piano chords engendering nostalgia in listeners, the song serves as Aye's origin story turned rags-to-riches fairytale. In the song, Aye professes that no matter how high his star rises, he will always remain true to himself and his hometown. "This is something only I know," Aye sings cheerily, as if he's just about to let us in on the secret to his success. As the album's closing track, it's an alluring hint of what's to come from Aye's certainly bright future.

Maty Noyes releases her new EP, Love Songs From a Lolita today, and throughout, the sunny Los Angeles-based artist sings explicitly about everything from being worth more than her sexual attributes to keeping her rapidly expanding life in perspective. "New Friends" is one of the more impressive entries on the record, on which Noyes invites the listener into her intricately crafted worldview, something like an old-school Lana Del Rey, at once coquettish and deeply honest. But where LDR shrouds her lyrics in mystery and atmosphere, Noyes embraces directness about changing her roster of close friendships due to neglect and loneliness. "My best friend has got a girlfriend/Man, fuck this shit. / I call you out again, I think I need some friends," Noyes sings over a catchy, guitar-spiked pop track. Noyes is sure to find all the friends she needs with this lovable new batch of tunes.

The soulful Elle King captured hearts across the world with her sassy, lovelorn 2015 hit "Exes and Ohs." Ahead of her upcoming album, King has released "Shame," which is a brassy tune about bad-girl antics. King repeats the song's title in the song's unstoppable series of hooks, as if daring us to feel shame for loving a song this wickedly good. We don't.

Troye Sivan has given us the latest taste of Bloom, his upcoming sophomore album. "Animal" is a vintage-sounding powerballad that documents potent sexual chemistry in a relationship. Sivan has made clear in the songs leading up to the album ("My My My!" and "Bloom") that his desires are taking center stage this time around, and we are not mad at all. "I am an animal with you," he sings repeatedly over a shape-shifting minimal arrangement, each time sounding more possessive and lovestruck. If you've ever had sparks with someone, or just had really mind-blowing sex, you know that possession, lust, and love feelings inevitably intertwine. On "Animal," Sivan beckons his lover closer and challenges the rest of us listening to go deeper in our own romantic endeavors. Turns out, the water is just fine.

Moors is the musical project of actor Lakeith Stanfield, the star of TV's Atlanta, and the recently released, critically-acclaimed feature-length Sorry to Bother You, which co-stars Tessa Thompson. His debut effort as Moors features robust production from indie-rocker Tune-Yards on a prog-pop number called "Mango." It works wonderfully as a hip-hop fused, left-of-center pop song with a message: though the title and overall sound may be as sweet as the track's namesake fruit, it's a catchy but unflinching examination of being Black in America. "Run me back my country/give me back my land," Stanfield warns, as if poised to lead a revolution over reparations. But: tea is tea, and though America currently (and for many, always) feels like a minefield of ancient open wounds, Stanfield's truth-telling is like a healing salve. Taking a bite of "Mango" might be deceptively bitter, we think it's for your own good.

Rapper and singer-songwriter Hoodie Allen releases "Wasting All My Time" today, and we love a summery song with a straightforward message. "I like wasting all my time on you," Allen admits in the song's addictive chorus. If you find someone worth wasting my time on, DM me.

Moses Sumney's "Rank & File" comes from the R&B experimentalist's Black in Deep Red, 2014 EP, the name of which is borrowed from a Mark Rothko painting. The song, a militaristic pathos about the emerging police state America sometimes seems to be moving toward, builds on Sumney's fear and quiet rage into a call-and-response style protest chant (backed by finger-snaps and a tense production), if there ever was one. But don't get it twisted: the track's weighty subject matter doesn't make it any less of a bop, just something that you can actually take to the streets, rather than maybe the club or someplace else.