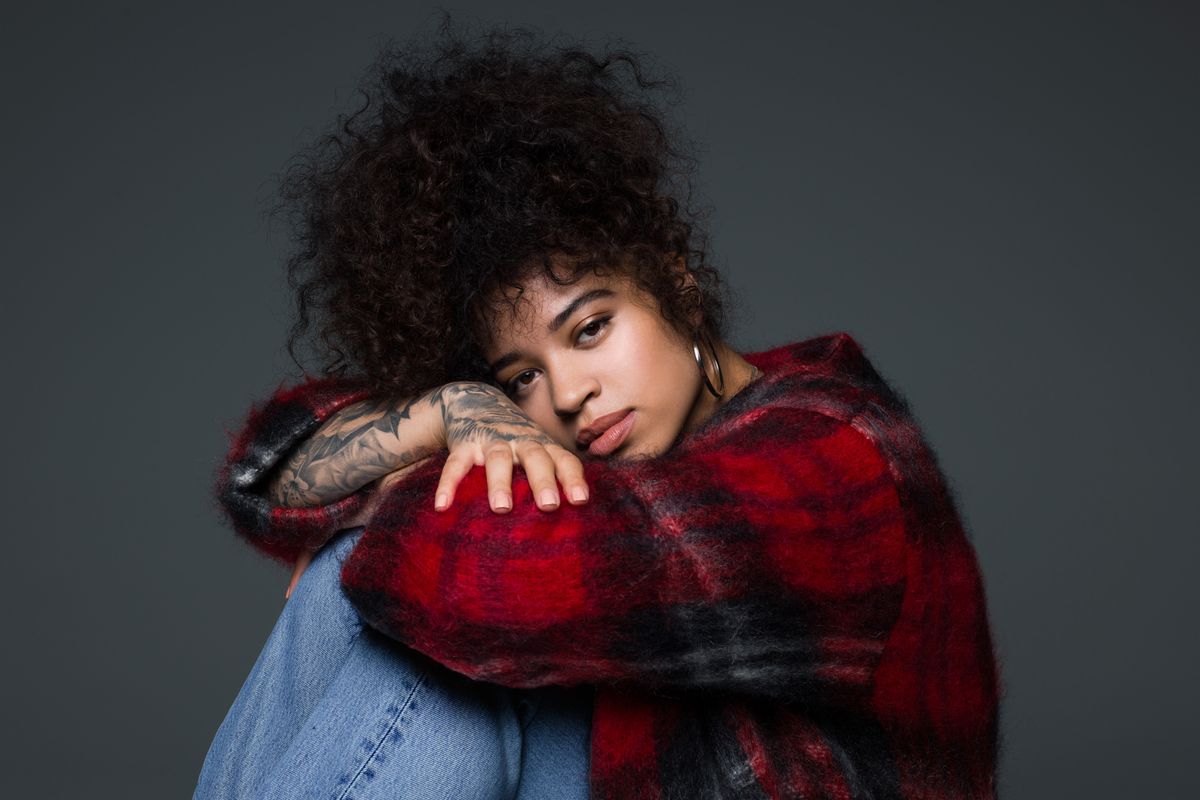 Ella Mai's long-awaited self-titled debut album is finally here! Stacked to the brim with top-notched production and hooks galore, as many breakout acts' first efforts often are, Ella's stands out. Why? First, her voice, a reedy and seductive instrument all its own, doesn't get lost in the sauce. Speaking of, "Sauce" is one of many reasons why this album deserves your undivided attention. Ella has been smartly fusing her undying devotion to the R&B greats with intimate songwriting and a clear love for acrobatic singing since dropping "Boo'd Up," which ultimately became this summer's ubiquitous lovelorn jam for cuffed-up lovers the world over. "Sauce," a sensual metaphor for all Ella has to offer in a relationship, feels like both a warning of her power, and a tender embrace; a suitable introduction for a woman with even more to say. Find you a girl who can do all of the above.

Related | Ella Mai: Most Likely to Cross Over

This song makes the list for its sheer boldness. When Quavo of uber-popular rap duo, Migos, dropped QUAVO HUNCHO today, who would've known that it would include "Champagne Rose," a dizzying, molasses-paced song featuring slurred vocals from Madonna and Cardi B? But that's exactly what we've got. It's a grower that is as delightfully weird as it is totally unexpected, with each star working a new kind of voodoo on us that we weren't sure existed until now.

ALMA, one of music's most exciting new artists, drops "Cowboy," and it's a marked shift away from the speaker-thumping electro-pop that has made her famous. It's got a decidedly more straightforward pop arrangement, but no less effective: "Cowboy" takes spaghetti Western sonic motifs and applies them to ALMA's recent move to Los Angeles from her native Finland, embracing streets of glitter and guaranteed future success. Enjoy "Cowboy" for the glitzy bop it is, and let's just see what becomes of our newest lone star.

Related | ALMA Is a Legend For Life

Belly, Meek Mill, and M.I.A. team up over powerful new track "Immigrant." "There's nothing more priceless than being free," Belly raps, before spitting a series of verses over just how unfortunately untrue that is for immigrants and people of color in America. Of course, by the time M.I.A. hops on the song, its somber, contemplative mood is further elevated to an urgent fever pitch. By the time the varying recent news clips close out the song, we are left realizing that "Immigrant" isn't just sonically effective pro-equality propaganda meant for all who live here (or want to live here), but a call to those with privilege and power do more about the crisis we are still in.

Jess Glynne's sophomore studio album, Always In Between is out today, and album cuts ike "Thursday" ensure that Glynne's voice will continue to inspire. "Thursday" makes the Bops list due to its honest portrayal of Glynne, who sings about not wanting to cover up her flaws with make-up, but that's of course just a larger metaphor for society's expectations of women's beauty and attractiveness. But in addition to its greater, impactful, and relevant social messaging, it's just a good song! Glynne's voice sounds like crystals, and her gifted ear for melody will move on Thursday or every other day of the week.

British quartet Little Mix returns with "Woman Like Me," a swaggering new single featuring a rhythmic, chameleonic verse from Nicki Minaj. The song's lyrics focus on the women's outspoken, take-no-shit qualities in the first verse, before shifting to a seductive scene in the second, where she (or they) take control in the bedroom. Production-wise, "Woman Like Me" cruises between lilting reggae grooves and explosive bass and hi-hats, as the repetitive, sticky chorus asserts that these women aren't like anyone you'll ever come to know. They are just like themselves. Proceed with caution.

Norwegian pop singer Astrid S swings for the rafters with the release of "Emotion" today. The song's lyrics, framed by stadium-filling production, dramatic piano and synth chords, center around a breaking point in a relationship. "Why can't we talk it over," Astrid muses over one of the song's quieter moments, before the chorus erupts. "Just how long would you let it bleed?" she seethes, as the synths grow more menacing until the song's whistled outro. By exposing her wounded heart with exacting nuance, Astrid has made a modern pop banger everyone can see themselves in. Unless, of course, you don't have emotions, which just might make you a sociopath.

Madame Gandhi, feminist electronic musician who has produced drums for M.I.A., drops new single "Bad Habits," out today. Her releases have always been concerned with world events and issues affecting disenfranchised and marginalized communities, and "Bad Habits" is no different. Over a rhythmic, toe-tapping drum pattern and a looped vocal effect, Gandhi waxes poetic about the ways of the modern world and how they can get us down. But the beauty is in how she acknowledges that peace comes from within, once you can finally drop things that no longer serve you. It's a socially conscious bop worth every groovy second, and then some, for its empowering message.

Usher surprise-releases his spontaneous Zaytoven-produced new project A today. The story seems to be that this release was as much a surprise to him as it is to fans and listeners, telling Apple Music that when he landed in his Atlanta hometown, he didn't know he'd create A 48 hours ago. And so the magic of the R&B icon's creative experiment brings us quirky tunes like the Gunna-assisted "Gift Shop," a trap-style bop with catchy phrasing comparing a lover to a living, breathing gift shop, who may be on display but is not for sale. Throughout A, which Usher doesn't particularly think of as a "love letter to Atlanta," he unwittingly captures the zeitgeist of music coming from Atlanta, part melodic, part trap and love of darkly-inflected hip-hop, and all-cylinders-fired energy. There must be something in the water.

Tokio Blond is the new indie electro pop project of Diplo-endorsed singer-songwriter Rena, a Brooklyn-based artist who became notable in queer nightlife circles with her vogue track "Jealous", in which the video stars vogue icons Javier Ninja and Dashaun Wesley. Where that track brought undeniable fierceness, as Tokio Blond, "There's No Stopping Us," an emotive, super-catchy synthpop number, comes from a more vulnerable place. "I've never released a truly vulnerable love song; I felt I had to repress my emotions for the sake of being a 'bad bitch". Bad bitches have feelings and need to be loved, too! I wanted it to show my emotional side but be empowering at the same time," she says of the song. Mission accomplished!