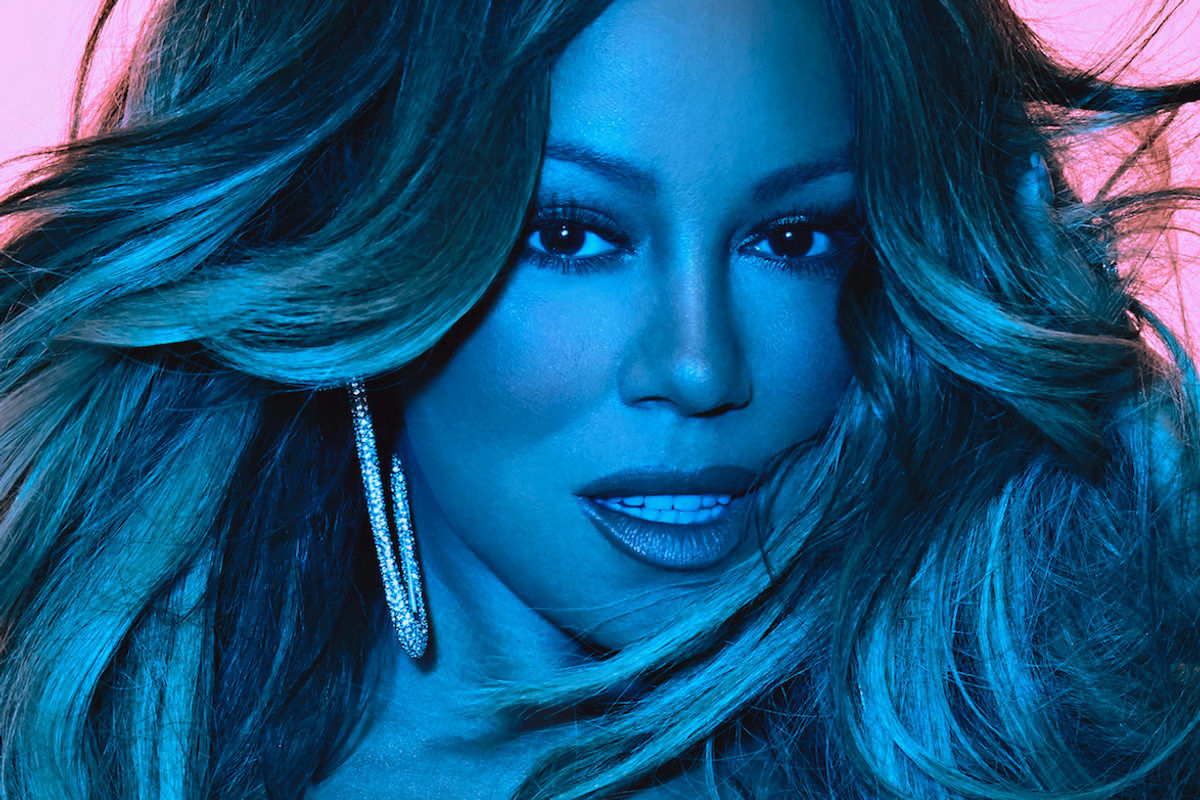 As Mariah Carey gears up to release her new album Caution in a week, she keeps delivering airy, effortless bops. The irresistible "A No No" samples Lil Kim's classic 1997 smash, "Crush On You," which is just perfect. The chorus and overall mood of the song is undeniable, and in our humblest opinion, one of Carey's instantly recognizable songs in recent years. "A yes yes," is more like it!

King Princess continues to surprise with her refreshing blend of modern pop and no-holds-barred honesty. "Pussy Is God," is no less, smooth, smart, and daring — especially given the fact that it's an unapologetically lesbian anthem. "I been prayin' for hours/She's God, I found her/Your pussy is God," King Princess sings about being in sync with her perfect spiritual and sexual match. We love that for her, and for all who find their own higher power through this song.

In other queer bops news, Sakima, who is readying the release of debut album Peach, is here with a new song that calls out the toxic facets of queer app/hookup culture. Speak-singing in an intentionally melodic monotone alongside Robokid over a squiggly industrial electronic beat, Sakima spouts out lyrics like "If I'm the only bitch on your map/ You've gotta delete all those other apps." Even though the track is undeniably fierce, it's also an appeal toward greater transparency and honesty within IRL relationships, a value that, as time passes seems to get more lost in the ether of instant gratification that can be found online. It's a needed message: Sakima's "Apps" is smartly, within the pop frame, advocating for us to apply the golden rule to how we behave online and in real life.

Migos' Takeoff launches solo full-length debut The Last Rocket today, week's after fellow bandmate Quavo debuted his. (My question is how do they all find the time to be so prolific, not that we're complaining). "Casper" is one spooky-trap standout from Takeoff's record, featuring a moody instrumental with elongated xylophone chimes, and it covers the ghosts of his life, from his mysterious opulence to literal death. But why does it sound like a breeze? I think that's the point. It's the essence of this song that makes it a banger, brought to (after)life by Takeoff's shapeshifting persona.

Unparalleled rap legend Slick Rick releases his first single in 10 years today, "Snakes of the World Today." Because his style is so timeless, the track's old-school sound, when blended with Rick's classically witty lyricism and ironic cadence, still sounds new. When you consider what he's addressing: corruption, greed, the constant betrayal of citizens by world leaders, Slick Rick, who has always used his mic for examining what entertains as well as what matters, "Snakes of the World" today becomes that much more relevant. His voice is so needed and we couldn't be happier to welcome him back!

Rosalía, the Spanish artist who is bringing flamenco culture and composition to international audiences for this generation, releases her sophomore breakout album El Mal Querer today. It feels unfair to pick one song from the pack — a cohesive but fluid concept-driven album render in chapters — as they all tell different parts of a complex story. And I don't speak Spanish, admittedly, but I connect to the feeling Rosalía imbues her compositions with. That said, I'm really feeling "Pienso En Tu Mira," ("I Think You Look") which combines the multilayered passion of flamenco (love, loss, death, spirituality); poetic lyrics ("nails, a bullet in your chest"); and a pop-wise melody and structure that will surely translate to wider audiences. In PAPER interview which also went live today, she said: "Si el lugar desde que tu haces las canciones tiene verdad ("If your music comes from a truthful place"), then the people will feel it." Rosalía speaks the truth.

We've already heard the Nicki Minaj-assisted "Woman Like Me" from British foursome's forthcoming fifth studio album. "Joan of Arc" continues in a similar, fiercely feminist vein: sassy lyrics comparing women to legendary martyrs (which isn't wrong) are colored with sunny, reggae-tinged beats and bass drops. "Joan of Arc" is a dual-purpose bop that hits every pleasure center in your brain while also empowering listeners to unapologetically embrace their inner warrior.

Los Angeles outsider duo, THEY. premiered their new, nostalgia-based performance video for "What I Know Now" with Wiz Khalifa through PAPER earlier this week. Ahead of their upcoming Fireside EP, out November 9, they've released "Broken," a new song with Jessie Reyez, marking their second collaborative effort on an EP full of them. "Broken" takes what's great about both acts — Reyez's sharp pen and unique vocal tone and THEY.'s idiosyncratic melodic structure — and essentially puts them into an ultimately uplifting song about picking up the pieces of a shattered heart.

Related | THEY. Premieres 'What I Know Now' With Wiz Khalifa

Here's a delicious surprise: Marina and the Diamonds and "Despacito" creator Luis Fonsi lend their respective talents — Marina's soaring voice and Fonsi's ongoing Latin crossover appeal — to an upbeat new track by Clean Bandit. Despite the song's infectious energy, Marina adds a melancholy air with lyrics (another trademark of her songwriting process) about being with someone else, despite a suitor's interest. That tug-of-war gives the song, which will undoubtedly thrive in Top 40, its magnetic pull. But it begs the question that if being "someone else's baby" is regretful, if that ship has sailed, what would happens when or if you decide to jump ship?

Sabrina Carpenter, who dropped the seductive bop "Paris" last week, hits us with "Bad Time" this week. Both tracks are from her upcoming Singular: Act 1 album. And pardon the cliche, but "Bad Time," is anything but. As a whole, it boast modern, clean production that pulls right from the savvy, electropop playbook of Scandinavia, giving it a decidedly worldly feel. Plus, Carpenter's robotic, addictive "I'm sorry" refrain anchors the song, which is a kiss-off to someone who calls her up for a good time at the wrong time. Judging by what we've heard thus far, is it crazy to say that we are so thrilled for whatever this album will turn out to be? By all appearances, Carpenter's got her game face on, and we're happily along for the ride.