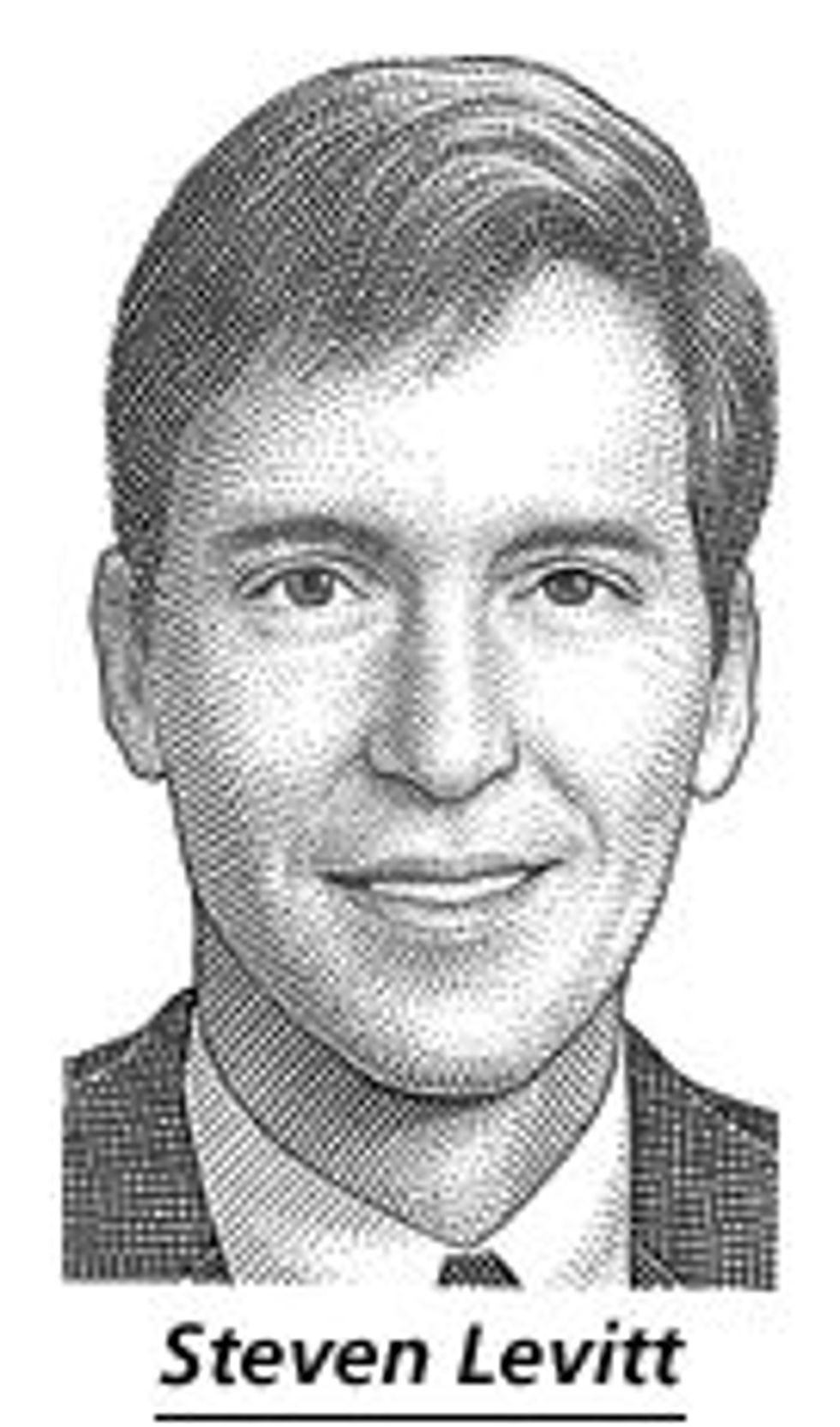 What happens when a highly respected economist turns conventional wisdom on its head and becomes a best-selling author as a result. Meet Steven Levitt whose Freakonomics (written with Steven Dubner) has become the subject of much cocktail party bantering this year because of his unconventional views regarding some of society's bigger questions. Most famously and controversially, Levitt posits the theory that the reason for the drop in the crime rate in the last decade has more to do with the legalization of abortion (which then led to fewer unwanted children winding up in a life of crime) than with better law enforcement and harsher penalties for crimes. While others have tried to poke holes in his controversial theory, this is the first time hard core economics have challeneged him from a statistical point of view. Not moral or political. Perhaps Levitt will take this up in his Sunday Times Magazine column. Levitt also has the distinction of having first being profiled for the magazine by Dubner which led to them collaborating on Freakonomics before arriving back at the Sunday magazine, this time as columnists.
via Wall Street Journal