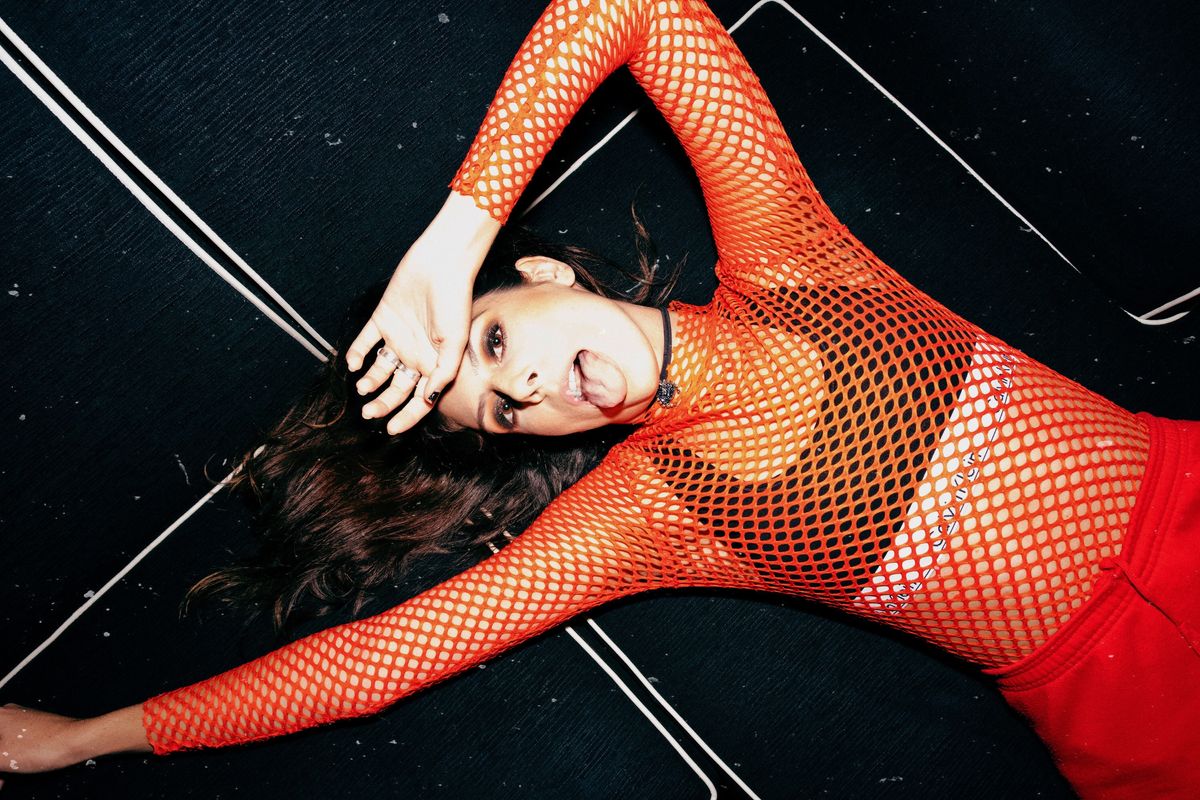 In today's app-driven dating world, it's seemingly easier than ever to move on from a relationship. We're told by Tinder, Hinge, Bumble, and Grindr that there are always more lovers out there should you find yourself disappointed or disillusioned with a crash-and-burn romance. And while the idea of that is successful at masking real pain for many, some of us still need time to process a love gone sour. When you suddenly end up alone with your thoughts, who are you when you're not distracting yourself?

Singer-songwriter FRANKIE (as featured in our 2019 PAPER Predictions) explores all this and more on her latest EP, STA7GES (pronounced "stages"), released on Valentine's Day. The EP acknowledges over the course of one intro and seven full songs, that if you're being honest with yourself, it does take time to recover from a broken heart; the "7" in the EP's title references the seven stages of grief: Shock, denial, anger, bargaining, depression, testing, and acceptance.

Taking the psychological concept a step further, the tracks of STA7GES are ordered by each emotional process. But before you file this away as just another breakup record, FRANKIE successfully alchemizes her pain into something more palatable through smart fusions of electro-pop's catchiness and acoustic music's confessional overtones.

This is proven when FRANKIE came to visit PAPER to play and sing the songs, strummed live on her acoustic guitar. Stripped down and with maximal production, you can hear the shock of "Wrong Time;" the depression in "Strangers" ("It's like we went through all of that, and now we've seen each other after breaking up, and it's so sad that here we are, acting as if nothing ever happened between us," she explains); and finally, the acceptance in "When I'm Ready."

The latter track was previously a single to promote the EP, and explores what life might be like on the rebound, but only if it further's FRANKIE's thoughtful healing process. "I knew the EP was done when this song was written," she says. "It's the last part that everyone must get to, of being ready for what's next. Only you know when that time comes."

By the end of STA7GES, FRANKIE feels ready for anything. And when you listen, if you've ever had a broken heart and gotten through to the other side, you understand how ultimately liberating processing grief can feel. Then, as FRANKIE tells us, "Anything can happen."