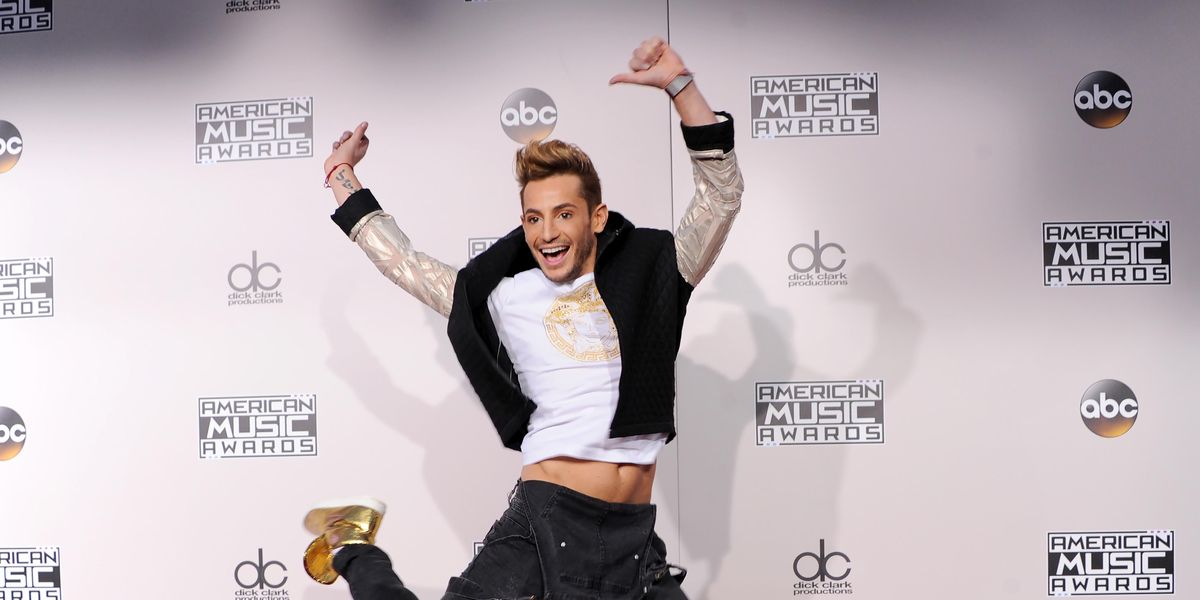 Frankie Grande pulled out all the stops for his proposal.

Nearly one month after his sister's surprise marriage, the 38-year-old announced that his own nuptials were on the way in a new Instagram post celebrating his engagement.

"He said YES! WE'RE ENGAGED!" he gleefully wrote alongside photos of himself and now-fiancé Hale Leon. "I am so happy my best friend said he wanted to spend the rest of his life with me! Playing games and making me laugh forever!"

Not only that, but Frankie decided to pop the question in the most high-tech way possible. According to an exclusive report from People, the performer and social media personality asked Hale — a virtual reality enthusiast — to marry him on Tuesday at LA's Dreamscape VR experience, where they had one of their first dates. And Frankie also apparently went to great lengths to ensure it'd be a big surprise by initially telling Hale that they were celebrating his four years of sobriety with their friends and family.

Additionally, Frankie went on to post a video of the virtual proposal itself, in which the happy couple can be seen kissing as fireworks and a banner asking "Will you marry me?" appear in the background.

"It was so wonderful and I'm so grateful that it went so well because so much planning went into this and I am beyond thrilled that it went as perfectly and seamlessly as it did," he told the publication. "There were so many things that could have gone wrong — and he said 'Yes!' It was perfect in every way."

The couple of two years first met at an LA line dancing bar where it was "love at first dance," per Frankie, who also explained that he'd been planning to propose for the past year-and-a-half. But while the pandemic may have delayed the occasion itself, it looks like they're eager to make up for lost time. That is, if a romantic (and "very expensive") summer vacation to celebrate the engagement and Hale's birthday is any indication.

Check out Frankie's announcement and the proposal video, below.