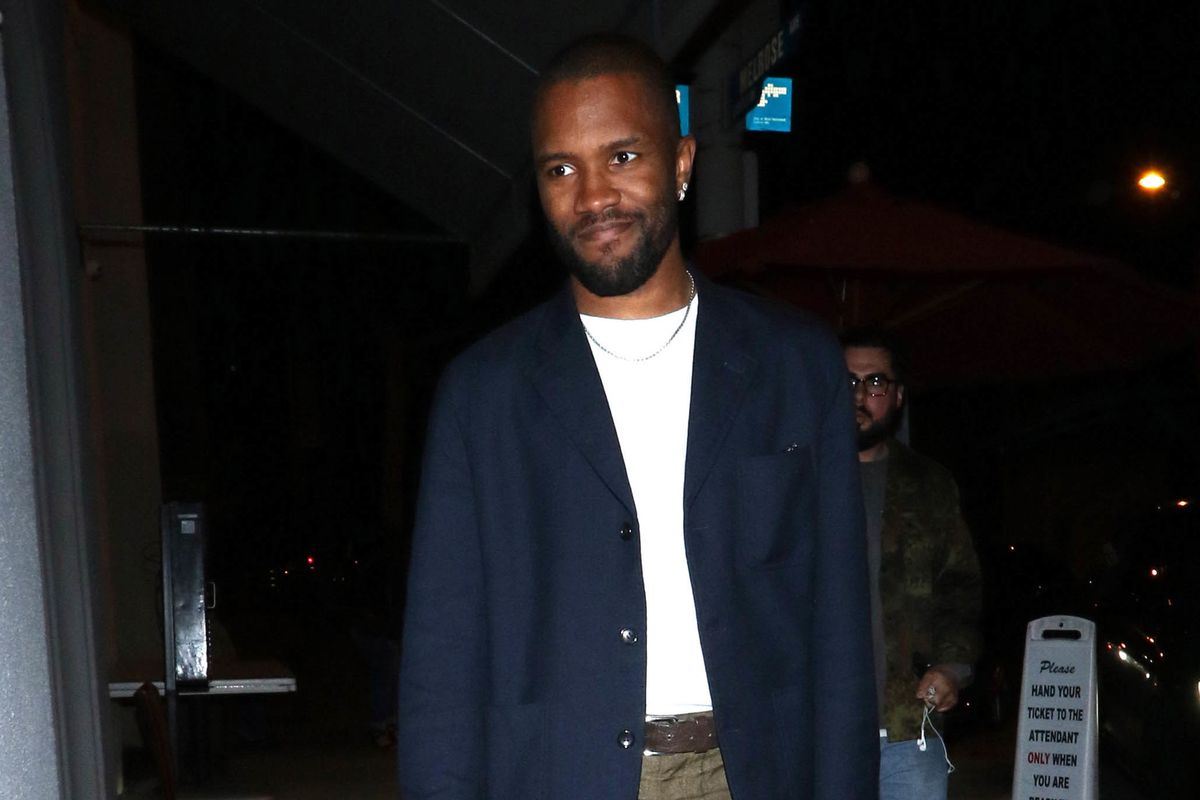 Earlier today, W released an in-depth interview and cover story starring Frank Ocean, a rare occasion for the notoriously elusive Blonde artist. In the interview, he discusses everything from his style and his love of Joan Rivers to... his interesting new hobby of swimming underwater laps until he feels like he's "dying." OK!

But most noteworthy is Ocean's mention of new music, an album he claims will be influenced by "Detroit, Chicago, techno, house, French electronic" and other "iterations of nightlife."

Ocean, known for the overwhelming emotion he brings to his music, states that his new music will be less inspired by the vulnerability he usually brings to the table.

"I believed for a very long time that there was strength in vulnerability, and I really don't believe that anymore," he says. "'Strength' and 'vulnerability' sound opposite as words." Though this may be upsetting to fans who love Ocean for the rawness his music exudes, he admits that he is now more drawn these days to the "full motion-picture fantasy," which, when paired with house and techno sounds, could definitely yield promising results.

While there is no release date planned for the new material, Ocean at least offers that he'll be releasing it independently when it's ready. "I've been independent since 2016. So I plan on keeping it that way for a while. I've got amazing credit, so if I need a loan, I'll go to a bank," he says.

Ocean continues, "I think for a while I'd like to get away from work that's solitary by nature. I've never been in a band or had a songwriting partner or been with a group, so it's always been a lot of time on my own writing and doing the work. I like the parts of the process where I work with session musicians or with other record producers or featured artists and guest vocalists... in spaces where I'm not the expert."

Elsewhere in the interview, Ocean shares optimism for the upcoming 2020 general election.

"I don't think that we've reached a point where I no longer have a choice but to be pessimistic," he says. Read about all this and more here. Revisit Ocean's Blonde, below.