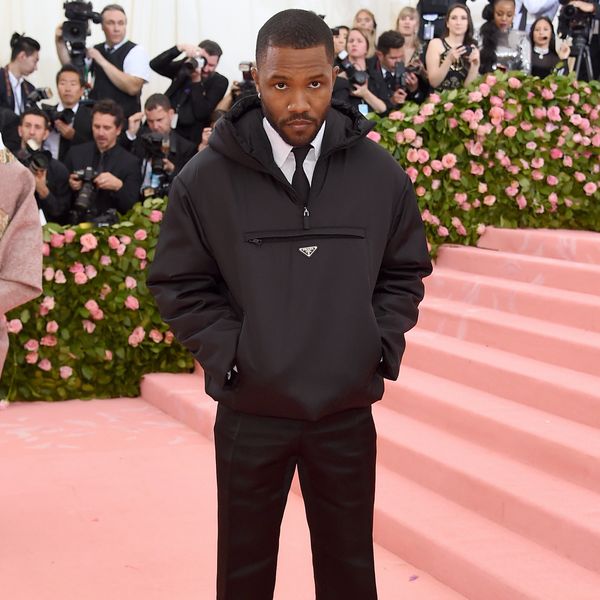 What Frank Ocean Would Say to Queer Youth Considering Suicide

Frank Ocean had a sweet response when Diana Tourjée, a journalist and trans activist, asked him about what he would say "to a young person who wants to end their life because of who they are."

Pride month has started off rough: Indya Moore getting attacked by Trump supporter. A lesbian couple assault in London, and Black trans women continue to be killed. But, the openly queer musician's message was uplifting.

In his cover story for Dazed, Ocean said he would listen first, then maybe tell his story after.

"I think people are motivated by pleasure and pain so I would wanna ask them how they feel about the idea that, for as much rejection (as there is) out there waiting in the world, there's an almost equal amount of acceptance and love that they can find themselves in the thick of" he told Tourjée. "I'd remind them that there might be a time in their lives if they survive long enough where they will look back on this time in disbelief. I'd tell them that so much is possible for them. If I wasn't there to talk I'd say call Trevor Project at 1-866-488-7386."

This was one of the many questions Ocean answers from a long list of his fellow celebs like Billy Porter, John Waters, and Rosalía.

Ocean also talked about the feeling after "fucking over" Def Jam. For those not in the know, Ocean released his visual album, Endless, to fulfill his contract obligations with the record label, only to release his critically-acclaimed record, Blonde, a day later.

Asked by JPEGMafia, Ocean said it was "funny" to talk about it these days, given how he hasn't been able to talk about it at his new label Apple (who released Blonde), only discussing it with a few in his tight inner circle.

He always kept his files on a hard drive with him to symbolize the "physical representation of the stakes." When everything was released, he "felt the euphoria."

The R&B Jesus himself, also visualized what heaven would look like — a city half overtaken by a jungle with the "faint scent of tigerlilies, BBQ, and sweat."