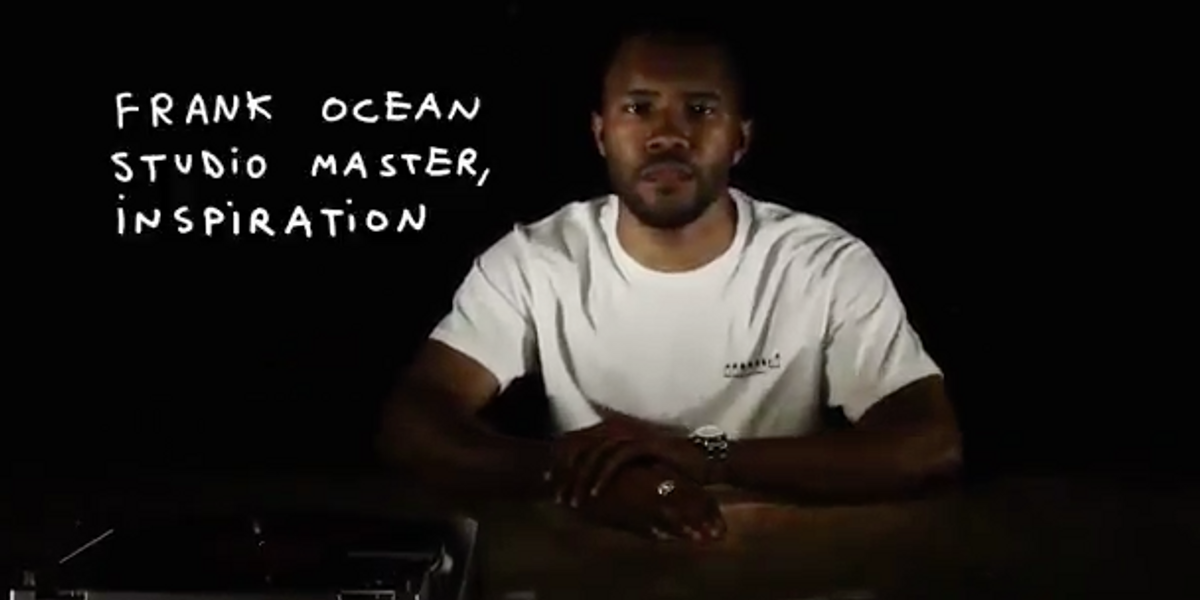 Frank Ocean has been falling back on his reclusive ways lately, dropping out of festival lineups and staying fairly quiet aside from running his awesome "blonded RADIO" station. The enigmatic singer reemerged for a brief appearance in a video for Nike, though, which synergistically makes perfect sense given his own "Nikes" song + video from his last album.

The film, called The Hero's Journey, is 38 minutes long (Frank comes in at the 35 mark) and directed by artist Tom Sachs.

Check out "Frank Ocean: Studio Master, Inspiration" in full here or catch a clip below: