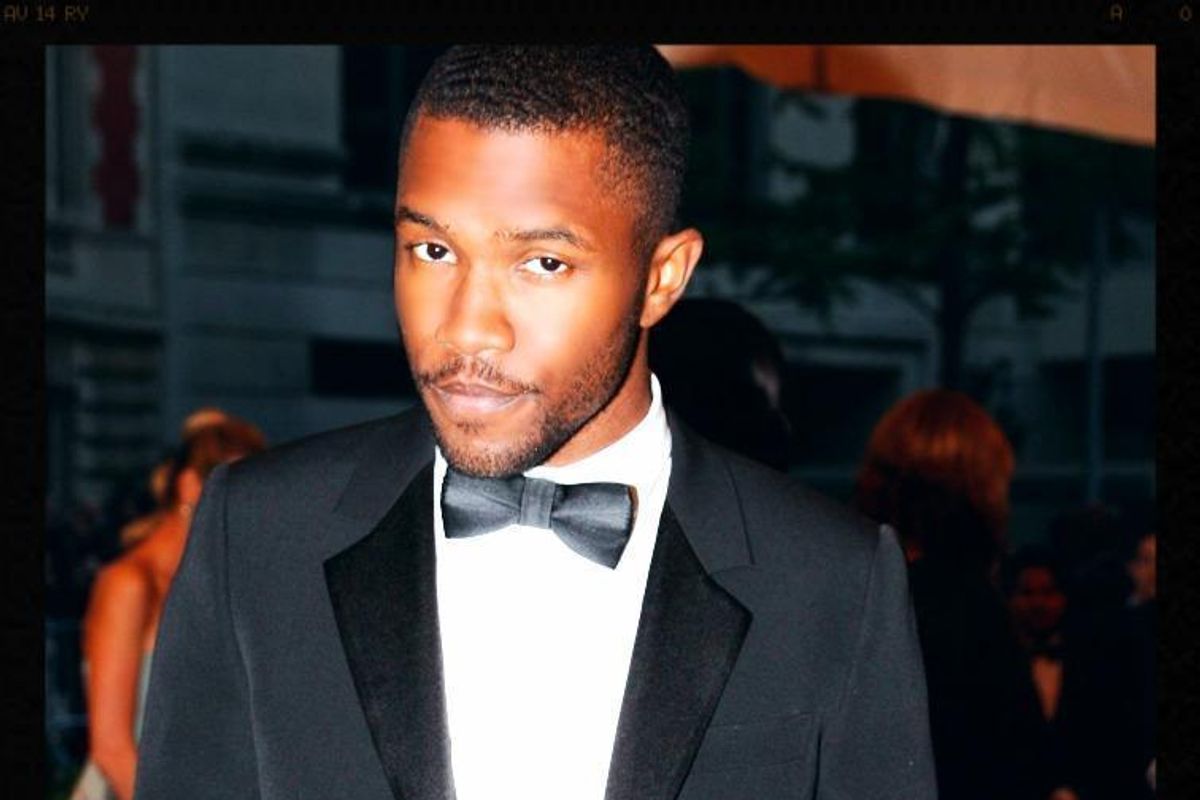 As if the Internet wasn't already an especially weird place, sometimes information that's not meant to be public knowledge comes to light. Often unlikely information and rumors can even be found buried deep in the source code of sites, which was the case last Friday when a Reddit user, self.FrankOcean (presumably not the real Frank Ocean), uncovered news of a possible book by Frank Ocean.

The text, which was found inside the source code of Calvin Klein's website--and was most likely meant to accompany photos from Ocean's recent Calvin Klein campaign--reads:

Frank Ocean is one of the most artistic and enigmatic musicians working today. Though it has been more than four years since he released his debut studio album, Channel Orange, interest in Ocean hasn't waned. Instead, it's increased.

He is known for being a perfectionist, and a pursuant of creativity in all forms. He resists pressure and follows his own vision. He has published a magazine and worked on a novel while continuing to perfect his highly anticipated second album.

Ocean shuns interviews and social media, and prefers instead to speak through his work. He has said that when it comes to understanding music, the most important thing is to just press play.

Ocean is a powerful storyteller, using his own openness and honesty to create an emotionally intimate world in each of his songs. With his craft, his aim is not money, power, or fame, but to grow, progress, evolve and eventually be the absolute best.

So while he continues to work on that, we'll continue to wait, as long as it takes, because when Frank Ocean does something, he does it right. The wait will be worth it.

While the source of this information makes it hard to verify--rumor trapped in source code of an ad campaign--it's not necessarily surprising. After all, Ocean may be a singer but he's got some serious literary chops. From his interesting lyrical content to his still-unreleased magazine Boys Don't Cry to his often-poignant blog, it's no surprise that the 28-year-old crooner might also be working on a novel. In fact, it seems both on brand and the next logical step in his creative journey, which has always been less about just music, and more about growth as an artist.

Hopefully, that growth and his literary ambitions culminate into a critically acclaimed book that sells for more than six figures. Judging from his beautiful prose style, Ocean's got some lofty literary ambitions. He may even have his sights on being the Tumblr-generation's James Baldwin. It would be nice, if in addition to becoming a multimedia genius, he made good on his promise to us-- his loyal, dedicated listeners-- to finally deliver his late-as-hell album.