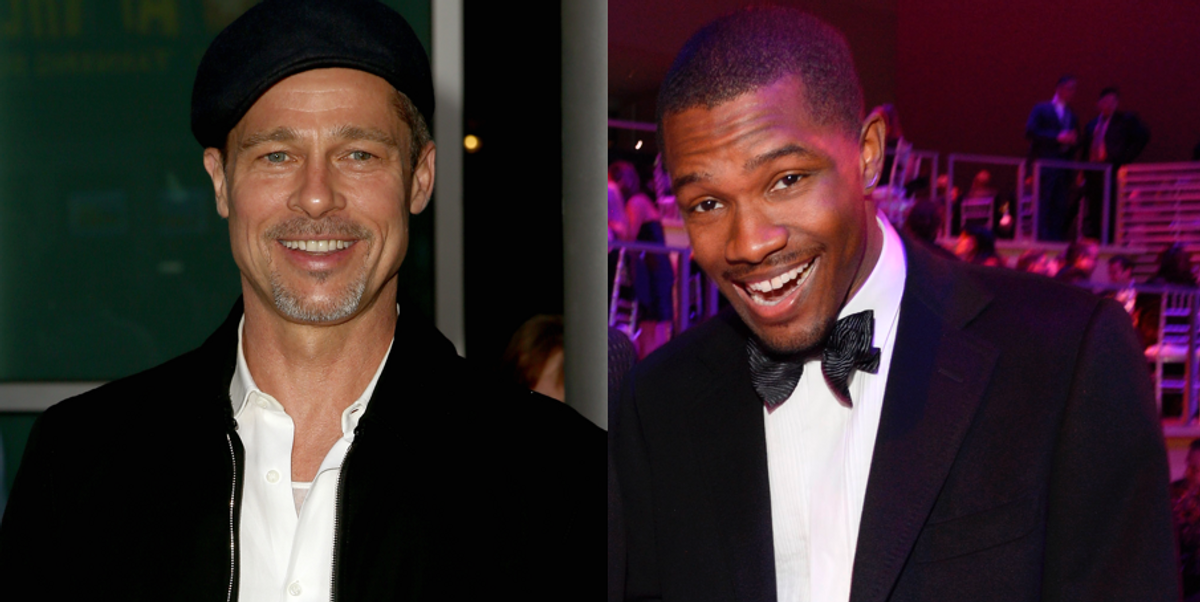 For those of you that spend their days not trawling the Interweb, you might have missed the fact that Brad Pitt gave this very, very intense interview to GQ which revealed the Brad is now a sculptor, has a very clean urinary tract and that his heart throbs for one Frank Ocean – who he described as a "very, very special" young man.

Fast forward a month and a half, Frank has took the stage at Manchester's Parklife festival yesterday for one of his first shows in three years and opted to don a t-shirt printed with Brad's face, essentially because he's peak meta.

A magical moment, certainly. Here's hoping Brad takes his newfound passion for RnB, turns it into a music career and teams up with Frank for joint album Brunette. Alternatively, I would just settle for a response from the Brad himself.