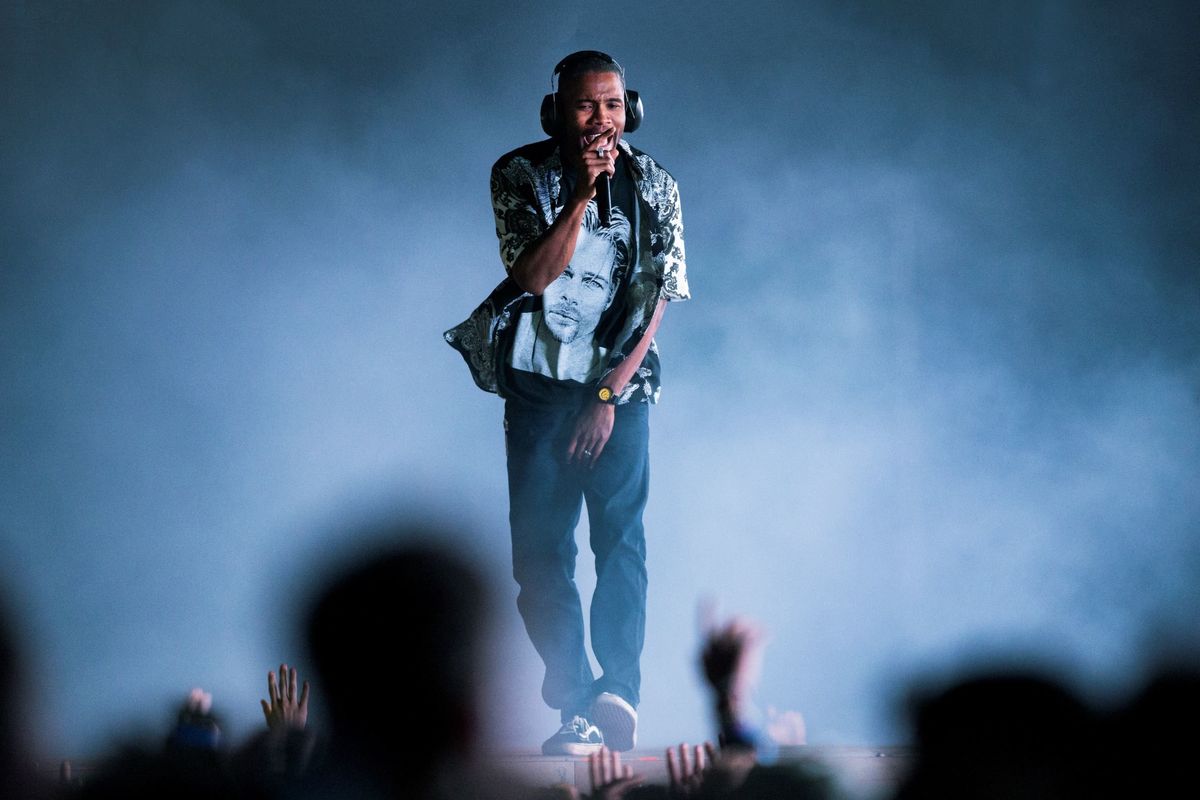 Things have been strangely quiet on the Frank Ocean front as of late... almost too quiet. The elusive singer began building hype around a possible new album last fall with a series of club nights in New York called PrEP+, featuring notable DJs like Justice, Arca, Vegyn and more, followed by the release of two singles, "DHL" and "In My Room," and a headlining slot at this year's Coachella. By all indications it seemed like some sort of larger Frank Ocean project was in the pipeline, absent any formal announcement.

Around the same time, 7" vinyls of the aforementioned singles popped up on Frank's online store featuring remixes from some of the PrEP+ headliners. In addition to "DHL" and "In My Room," a 7" for a Skepta collaboration called "Little Demon" went up for pre-order on the site and promptly sold out shortly after. Having already debuted a remix of the track by Arca at one of the club nights, he later properly premiered the new song on his Beats 1 show blonded RADIO.

But with the vinyl's ship date quickly approaching at the end of the week, fans who pre-ordered "Little Demon" were informed yesterday that they weren't going to be getting exactly what they ordered. According to an email sent out to those that purchased the original record, instead of "Little Demon" they would be receiving a different new unreleased Frank Ocean track.

The email doesn't provide any additional details or insight as to why the last minute switch, but maybe it's a blessing in disguise. Who are we to turn up our noses at new Frank Ocean material? Always a perfectionist, it seems entirely plausible that in the time since the radio premiere, Frank could haven scrapped the collab or decided to tweak "Little Demon" just a little bit more. Only time will tell.