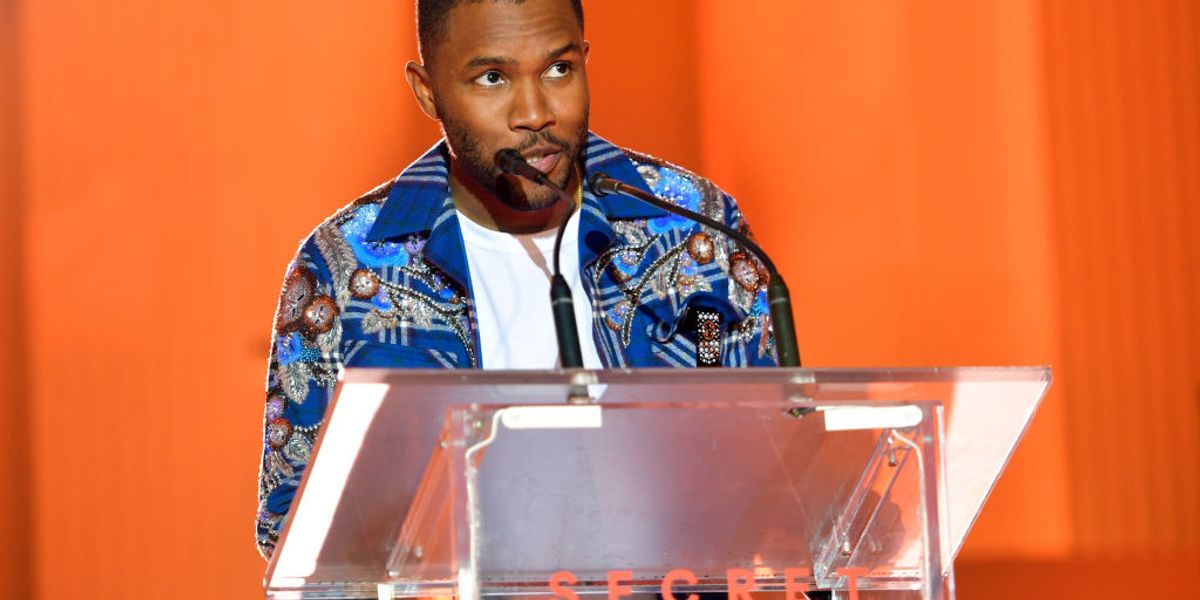 On Friday, news broke that singer Frank Ocean sent Astroworld co-collaborator Travis Scott a cease and desist. Reports thought this was because Ocean was unhappy with the way the song came out. But the artist himself sets the record straight and explains that it was never about the music.

In a statement on Tumblr, Ocean wrote, "I think the song sounds cool, I did it in like 20 minutes and the mix sounds the way Travis wanted it to sound for his record." As it turns out, Scott was transparent with Ocean when it came to the song "Carousel.""I also approved it before it came out," explains Ocean. "So the cease and desist wasn't about 🔊 It was about 🌈."

Judging from the artist's emoji use, this may be related to the controversy surrounding Travis Scott's decision to exclude Amanda Lepore from his latest album's cover. Scott later admitted that he did so because Amanda "upstaged" everyone including himself, but he reassured fans that "Everyone is welcome in Astroworld."

Ocean ended his Tumblr post, saying, "Me and Travis resolved it amongst ourselves weeks ago."