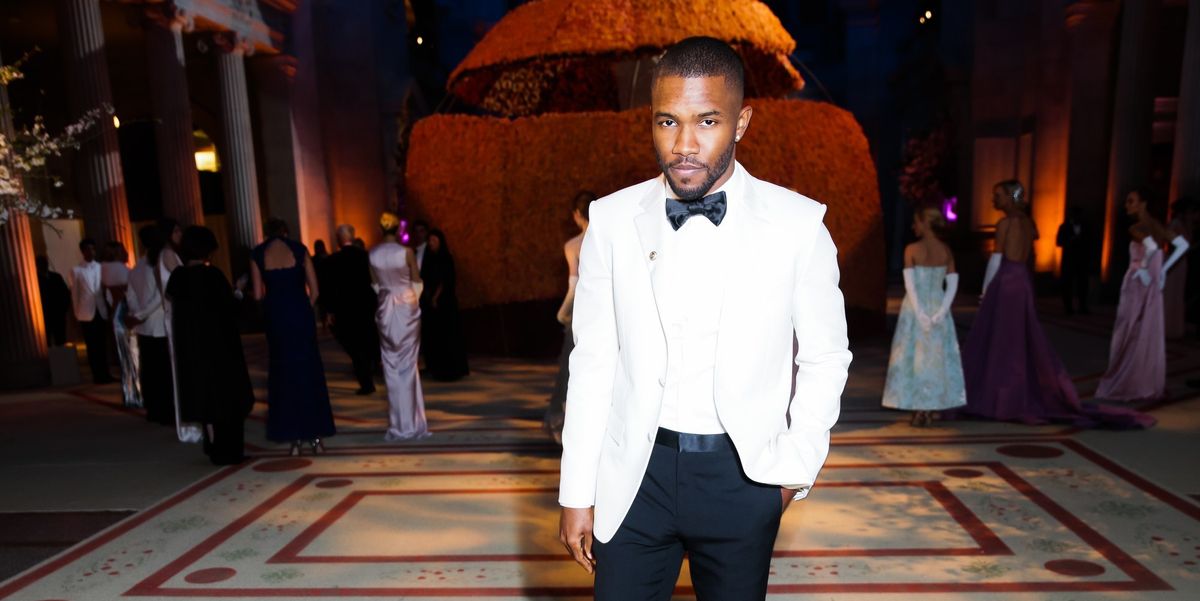 UPDATE 2/12/17: In a letter posted on his Tumblr, Frank Ocean has responded to the Grammys creative team members who said he was boycotting the event because of "faulty" reception to his 2013 performance.

"YEA YEA MY 2013 PERFORMANCE AT THE GRAMMYS WAS ABSOLUTE SHIT...THANKS FOR THE REMINDER. VERY MUCH APPRECIATED. FUCK THAT PERFORMANCE THOUGH," he wrote in all caps. "AND YOU KNOW WHAT'S REALLY NOT 'GREAT TV' GUYS? 1989 GETTING ALBUM OF THE YEAR OVER TO PIMP A BUTTERFLY. HANDS DOWN ONE OF THE MOST 'FAULTY' TV MOMENTS I'VE SEEN."

Frank went on to say that he actually wanted to participate in the show's homage to Prince but decided the best way to pay tribute was to succeed on his own terms, without supporting the Grammy's awards system.

Frank Ocean says he's boycotting the Grammys, even withholding Blonde and Endless from award consideration, because of the event's history of honoring only white artists in the biggest categories. But now Grammys creative team members Ken Ehrlich and David Wild are saying it's actually because of his performance back in 2013.

"I think the infrastructure of the awarding system and the nomination system and screening system is dated. I'd rather this be my Colin Kaepernick moment for the Grammys than sit there in the audience," Frank told the New York Times. Kanye West and Justin Bieber followed suit and are also both boycotting the awards ceremony.

Ehrlich and Wild appeared in the Rolling Stone Music Now podcast to talk about the snub, and said it might actually come from Ocean's previous experience performing at the show rather than a political move. Because Frank's performance didn't go over well, Wild says, he might still be harboring bad blood.

"His feelings about the Grammys right now, I would imagine, probably go back to that in one way. But honestly, it wasn't us," Wild told Rolling Stone.

Ehrlich went on to say that Kanye and Frank attending would be more productive than boycotting.

"If they're concerned about the representation of hip-hop on the show, they need to respond and say 'Yeah, of course I want to do it,'" Ehrlich said. "They've all done it in the past. Without overstating it, I think we were very instrumental in the growth of Kanye West's career."