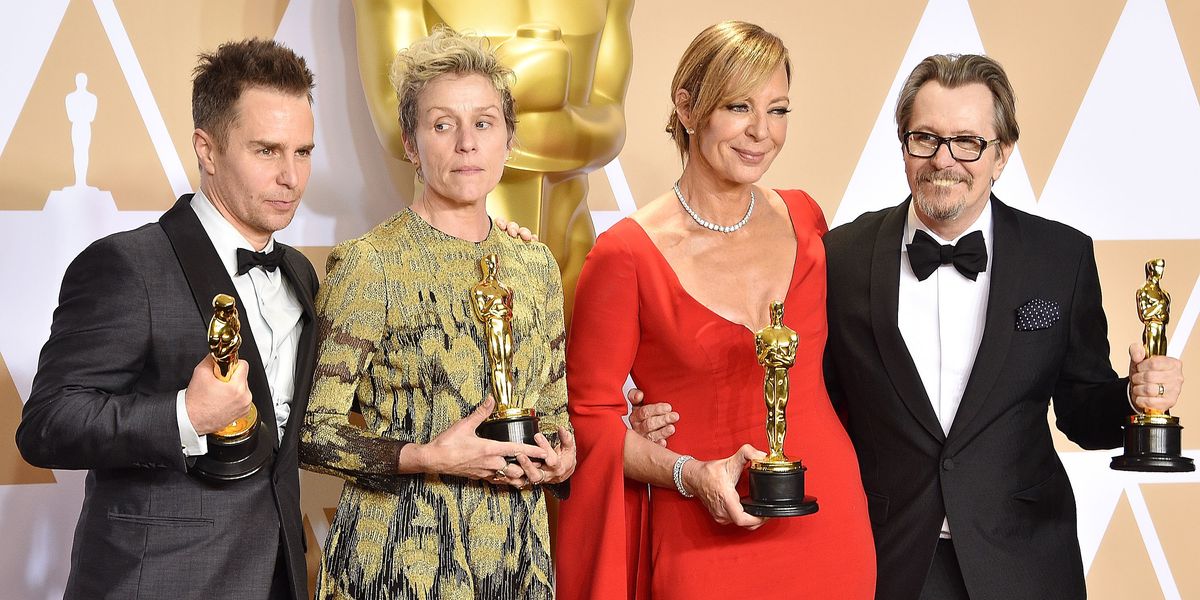 You might have noticed Frances McDormand's laissez-faire approach to handling Oscar last night, particularly when she plopped the trophy onto the stage to deliver her rousing speech (which instantly became the ceremony's highlight). But apparently that wasn't the only time McDormand's statuette was out of her hands during the night.

New York Times reporter Cara Buckley broke the news that McDormand's Oscar was stolen, succinctly detailing the incident in one tweet. You see, celebrity chef Wolfgang Puck's photographer (which, honestly, opens an entire other line of questioning) stopped the man who allegedly stole McDormand's Oscar, took it off him, and watched the perp flee into the night.

Security at the Governors Ball are looking for this guy, who grabbed Frances McDormand’s Oscar and ran out with it.… https://t.co/POSSAqW9i7
— Cara Buckley (@Cara Buckley)1520232547.0

#Drama, indeed! Who this man is, why he was at an Oscars afterparty and what he was going to do with a statuette inscribed with McDormand's name? Facts remain unclear, but the thief sure looked suave! Also, McDormand's blessing for him to be released is a testament to her grace, especially given the fact she was reportedly, "crying emotionally" after she couldn't locate the trophy, later leaving with her husband, filmmaker Joel Coen.

Nevertheless, the Oscar was returned and her rep made the following statement to USA Today: "Fran and Oscar are happily reunited and are enjoying an In-N-Out burger together," he said.

Tell me you wouldn't do the same.