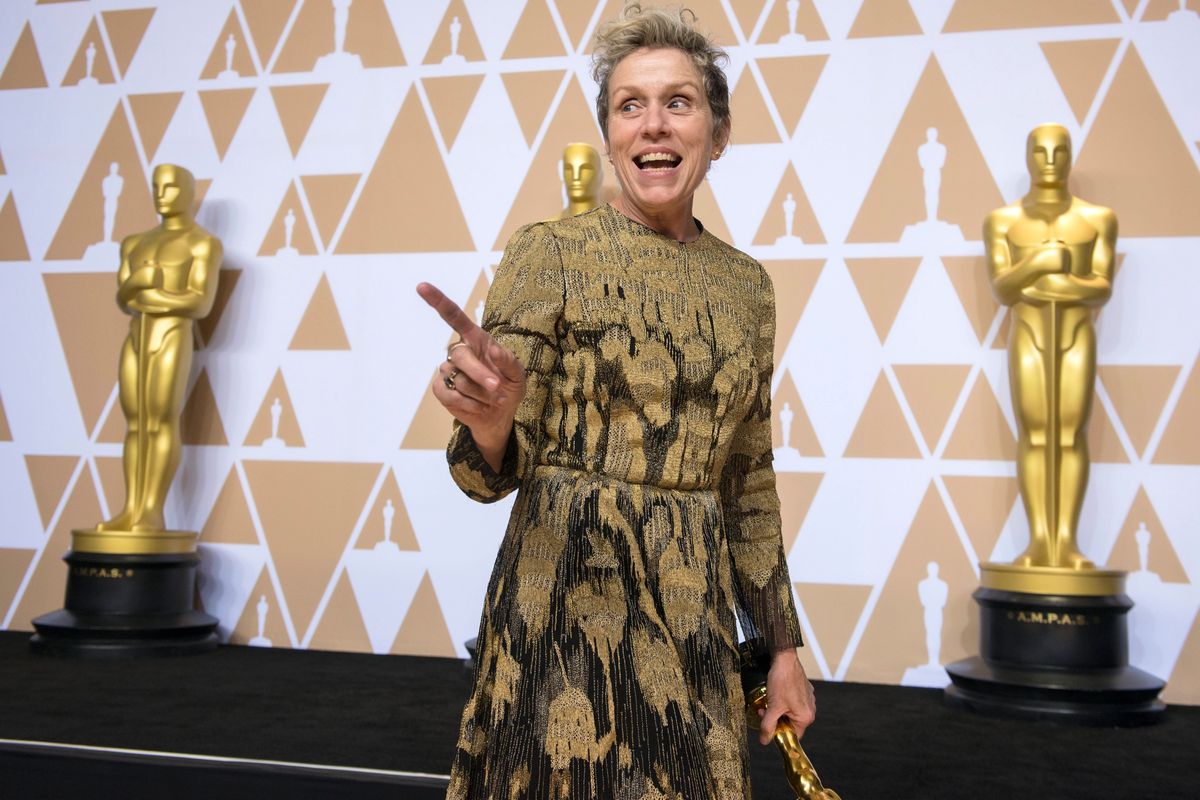 Fresh off an Oscar for her riveting performance in Three-Billboards Outside of Ebbing, Missouri, Frances McDormand was announced as the voice of God in the upcoming Amazon series Good Omens.

Based off the book by Neil Gaimen and the late Terry Pratchett, Good Omens follows the story of an Angel and a Demon who have grown accustomed to living on earth and seek out the 11-year old Anti-Chirst to prevent the coming apocalypse. A serio-comedy, the novel is being produced as a BBC series that will premiere on Amazon Prime co-starring David Tennant and Michael Sheen.

The news broke today during Amazon's panel at San Diego Comic Con. Gaimen added that "We knew God had to be a woman. We were talking about great American actresses because we knew [we wanted it] to be an American voice." Gaimen also said that he only met McDormand because she had emailed him out of the blue asking to use his house in Scotland which he then leveraged to get McDormand to sign on to the roll. "That's how Frances got cast: Blackmail."

The Good Omens is currently in production with no current air-date set.