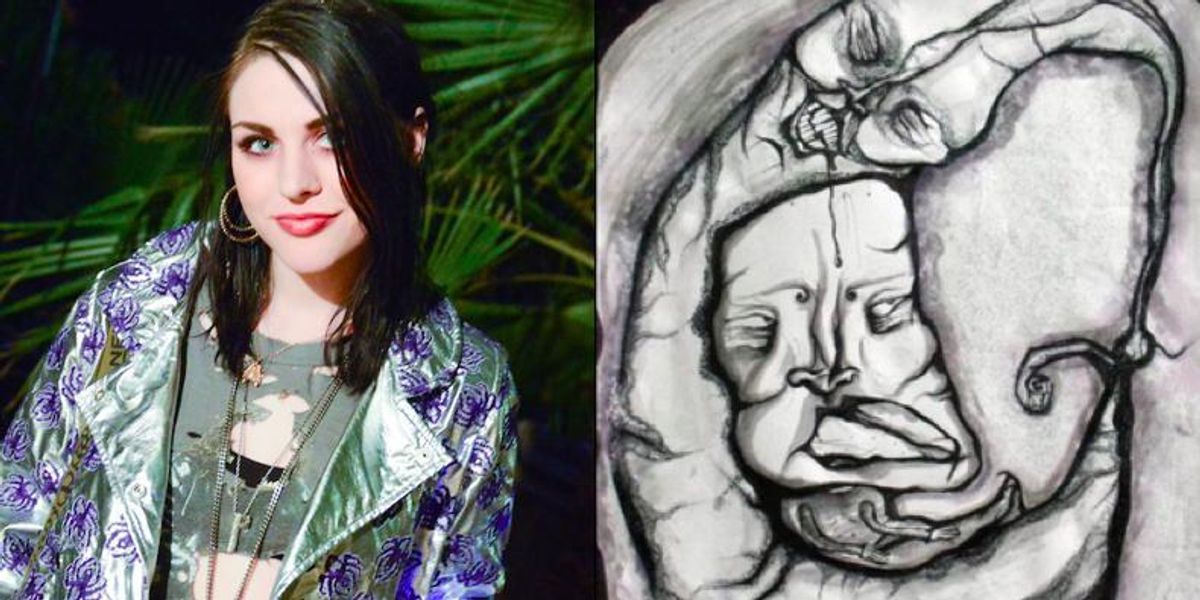 The only offspring of the late Kurt Cobain and Courtney Love, Frances Bean Cobain, is putting some original artwork up for sale online.

The surreal, unsettling pieces range from $200 to $400, and are available for sale on www.depop.com, which I'm sure will sell out in a matter of hours.

FBC previously debuted her work in a 2010 gallery titled "Scumfuck" at the La Luz de Jesus Gallery in East Hollywood; the show was under her pseudonym "Fiddle Tim."

Like her father's own artwork, Frances clearly shows an interest in darker themes of body horror and embryonic...something.

Frances Bean and her mother are working with Jeff Jampol on a touring exhibition of Kurt's unseen artwork from his estate, which Jampol is involved with.