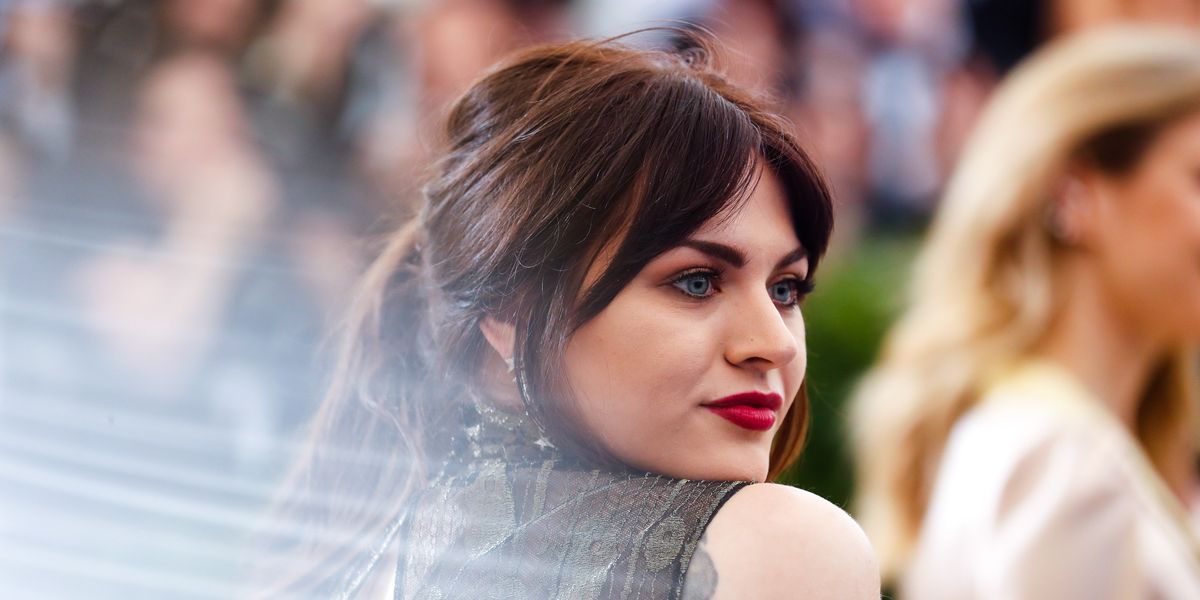 Rock heiress Frances Bean Cobain has slowly been diving into the spotlight she shied away from for years. The artist and only child of '90s grunge legends Kurt Cobain and Courtney Love seems like she's finally ready to follow in her parents' footsteps, because she just released a clip of an original song.

Frances Bean posted a clip of herself crooning a self-written verse on her Instagram yesterday, and the resemblance to her late father's abrasive vocals is too prominent to ignore.

"I think I saw you when I was small/ I think I found you/ A penny for your good thoughts/ I think I found you/ Jesus hangs in your place on the cross/ All these hinges become unscrewed/ Heaven knows it was a cage on earth," she sang in the clip. She revealed unsung lyrics to a fan in the comments section: "Stable sable sold her heart/ No one asks her why she hides in a basket in her house in a box/ Find a fiend who reigns supreme in May/ Fast enough for blooming buds to lay their egg." With this week being the 24th anniversary of Kurt Cobain's tragic death, this seems like a fitting time for Frances Bean to release her song.

This isn't the first time Frances Bean released clips of her musical talent. She's previously posted soulful renditions of Leonard Cohen's "Hallelujah" and Jimmy Eat World's "The Middle." Could she possibly be hinting at a possible music career? Because we definitely wouldn't oblige to a music collab with her badass mom.

Frances Bean Cobain on Instagram: “A) there are so many memeable moments in this clip B) I’m SUPER restless because i can’t play guitar with long nails so I’m just sitting in…”