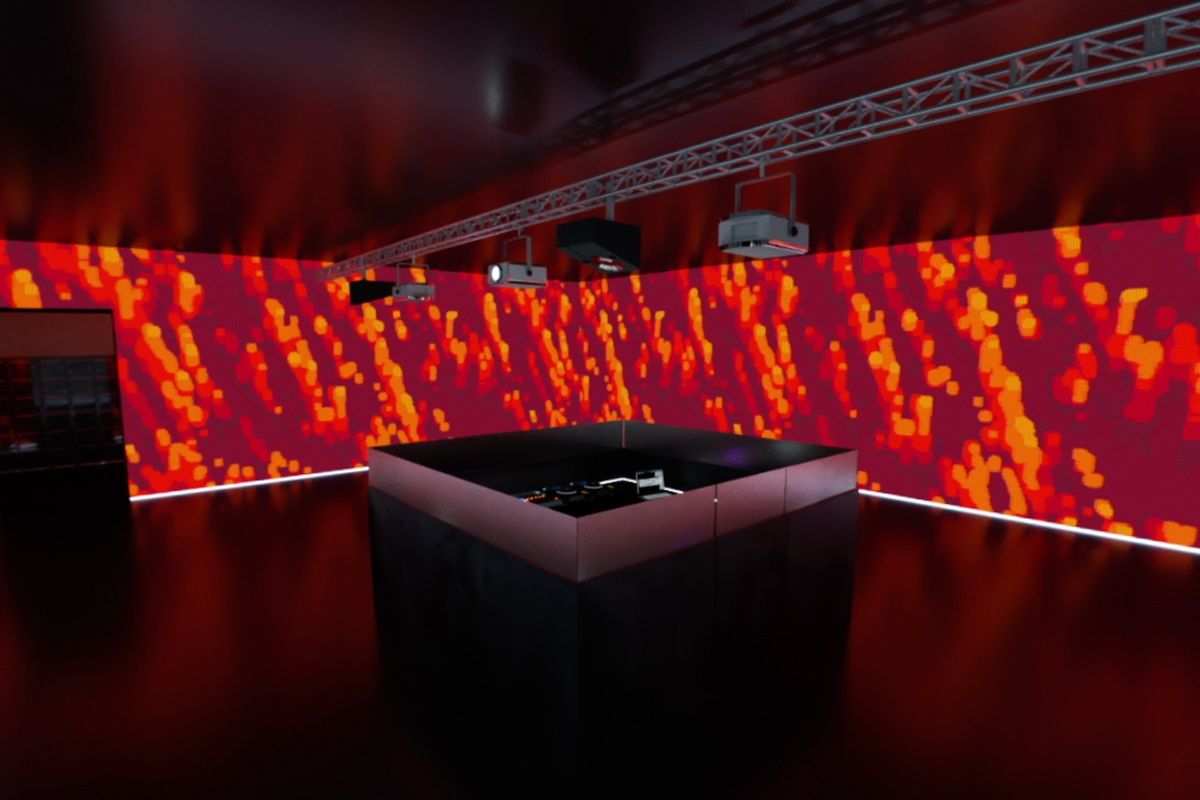 Fractal Fantasy Is Reimagining the Club

Remember clubbing? That thing we used to do before we were confined to our homes, staring at an endless onslaught of livestreams and trying to convince ourselves that Zoom calls and Minecraft servers are just as good as the real thing? While it could be a long time until we're able reclaim that kind of thrill, we might as well start thinking about the ways we can improve nightlife when it returns.

Producers Sinjin Hawke and Zora Jones are no strangers to innovative club tech. From bespoke visualizers for each release on their label/creative collective, Fractal Fantasy, to a visual theremin they've implemented in their live shows, Hawke and Jones have always thrived on the cutting edge.

Their latest endeavor, Virtua, has the Fractal Fantasy crew envisioning their own space, as they put it, to "foster potent communal experiences and un-distill pop culture." Unveiling a 3D render and 360° fly through of the proposed club space, Fractal Fantasy's Virtua features four fabric walls that form a completely immersive projection and embedded with a spacial audio system and DJ booth in the center.

Virtua also will forgo a bar and coat check in favor of self-service lockers and vending machines with development spaces for producers and programmers to experiment on the outer rim of the space. The overall result feels like a cross between an upscale art gallery and high tech nightclub plucked out of a scene from Blade Runner 2049.

"Virtua is a blueprint for the ultimate community space," Hawke and Jones explain. "We asked ourselves: what would be the best blank canvas for meaningful cultural interaction? What fosters the highest level of expression for artists and creative engineers? We intend to build Virtua physically. For now, we'll start by building a temporary space for feasibility testing, observe what goes wrong, what needs improvement, make the necessary adjustments and then pitch for something more long-term and permanent."

On top of the video walkthrough of the concept, the Fractal Fantasy crew has also released a soundtrack to Virtua with cuts from Martyn Bootyspoon, Zubotnik and Xzavier Stone, in addition to new offerings from Sinjin Hawke and Zora Jones as well. Explore Virtua, featuring installations by Nicolas Sassoon and ⌀⌀⌀⌀, and its accompanying soundtrack for yourself.