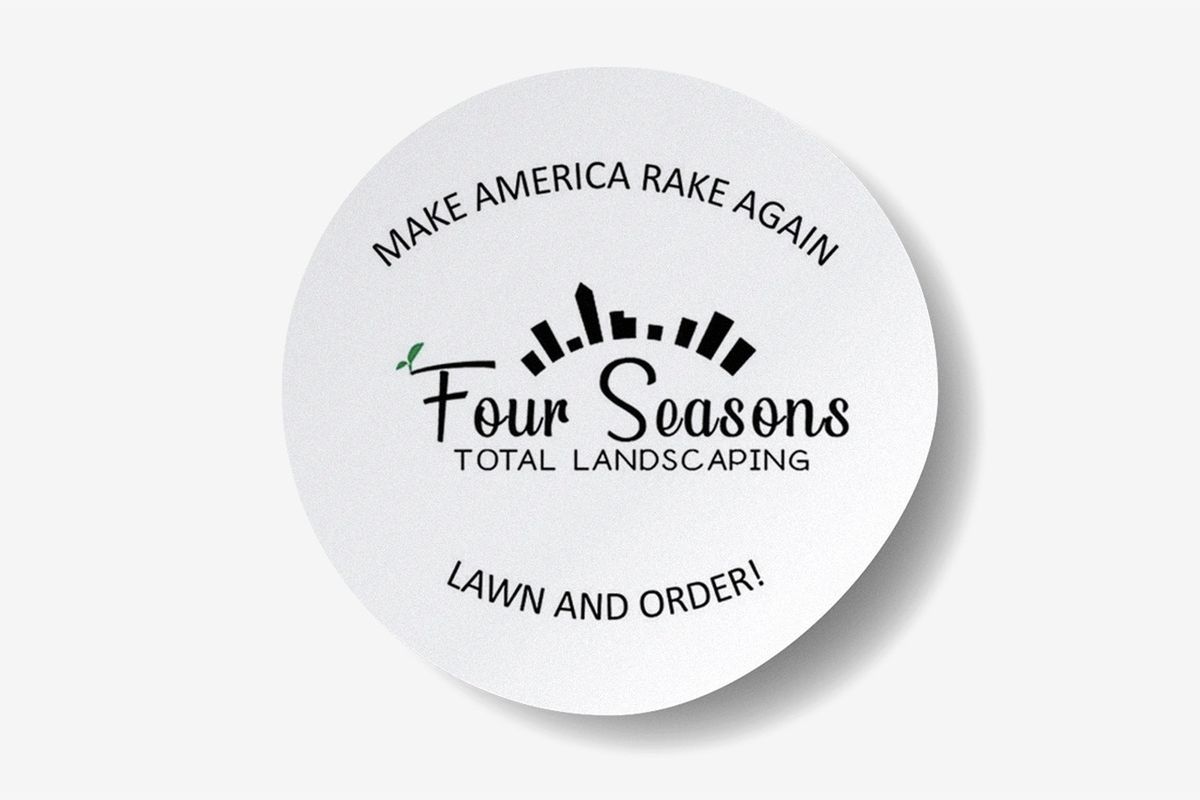 The Trump campaign's bizarre choice to hold a press conference last Saturday at Four Seasons Total Landscaping in Philadelphia — not the Four Seasons Hotel, as Trump originally tweeted— was met with tons of LOLs and head-scratching for its peculiar setting (apparently next to a crematorium and sex shop).

Related | Nevada Is Officially a Meme

The political gaffe threw FSTL into the national spotlight, and the small local business is already making the most of this opportunity. After releasing a statement over the weekend that they would have gladly hosted any presidential campaign, FSTL announced they would be selling a line of merch including t-shirts and bumper stickers with cheeky slogans like "Make America Rake Again" and "Lawn and Order!"

Reactions to FSTL spinning the Trumpian fumble into a comical cash grab has been positive, with users flooding the company's socials asking for more T-shirts and styles to commemorate this time in the spotlight.

Head over to FSTL's site to see the complete line of merch.