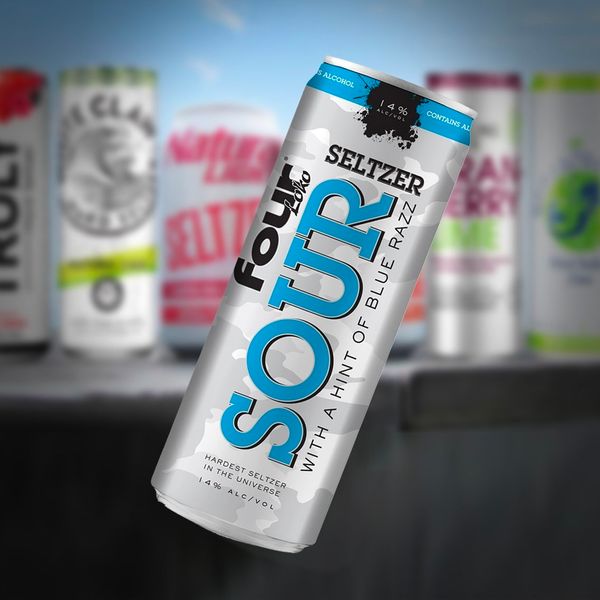 The summer of hard seltzer isn't slowing down anytime soon, if the supposed introduction of Four Loko's own version of the spiked beverage is any indication.

That's right, in what can only be described as the ultimate self-referential joke, the fleshlight purveyors responsible for every 2010 frat bro's favorite drink are one-upping the brand's inherent memeability via their very own version of a "watered down vodka soda."

Related | Why the Internet Is Obsessed With White Claw

Yesterday, Four Loko took to their Twitter to tease the "new" product — to much online buzz and, naturally, some ridicule.

And though further details are scarce, what we do know from the photo is that they appear to be pushing a mysterious flavor dubbed "Seltzer Sour With a Hint of Blue Razz," and that the drink clocks in at an overwhelming 14 percent ABV. For context, White Claws clock in at around 5 percent, which makes this abomination, undeniably, the "hardest seltzer in the universe."

Hard Seltzers ran so we could fly pic.twitter.com/g5ilBIyhl4

That said, it could also all just be a joke But, hey, at least it's great meme fodder in the meantime? Check out a few of our favorites, below.

Me: “I mean it’s just a spiked seltzer right?”

Me 48 hours later and in Panama: pic.twitter.com/0cV4yhZPRJ

My Brain Cells when i reintroduce Four Loko into my diet pic.twitter.com/AYbpfBfQSs

Me buying and drinking the four loko seltzer’s simply because they’re 14% alcohol pic.twitter.com/x5lsfaeBqW