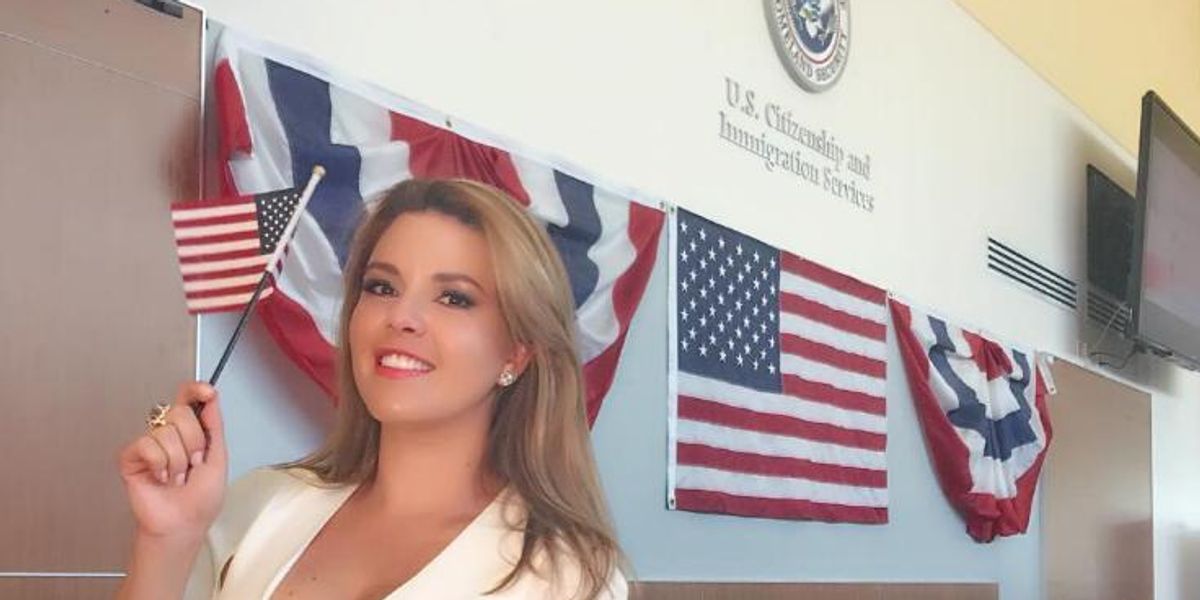 Former Miss Universe Becomes A US Citizen To Vote Against Trump

Former Miss Universe Alicia Machado -- who was allegedly subjected to intense verbal harassment by Trump following her win in 1996 -- has apparently just become a US Citizen, and will most definitely be voting against her former bully/current Republican presidential nominee.

Trump, who used to own the Miss Universe pageant, reportedly called the Venezuelan beauty queen psychologically damaging things like "Miss Piggy," "Miss Housekeeping" and "an eating machine". He also at one point allegedly set up a gym for her and then invited a bunch of media outlets to film her -- a traumatic occurrence that spurred her five-year-long battle with anorexia and bulimia.

"I was about to cry in that moment with all the cameras there.," Machado told the New York Times of the gym incident. "I said, 'I don't want to do this, Mr. Trump.' He said, 'I don't care.'"

(Trump does not deny that he tried to force Machado to lose weight, either.)

However, it now looks like Machado's getting the last laugh. Captioning a new Instagram photo of herself waving an American flag with ""I'll be Voting! All my power and my support become with my next President @hillaryclinton," she also managed to sneak a shout to her old boss at the end, writing little "Miss Housekeeping and miss Piggy Can Vote @realdonaldtrump."