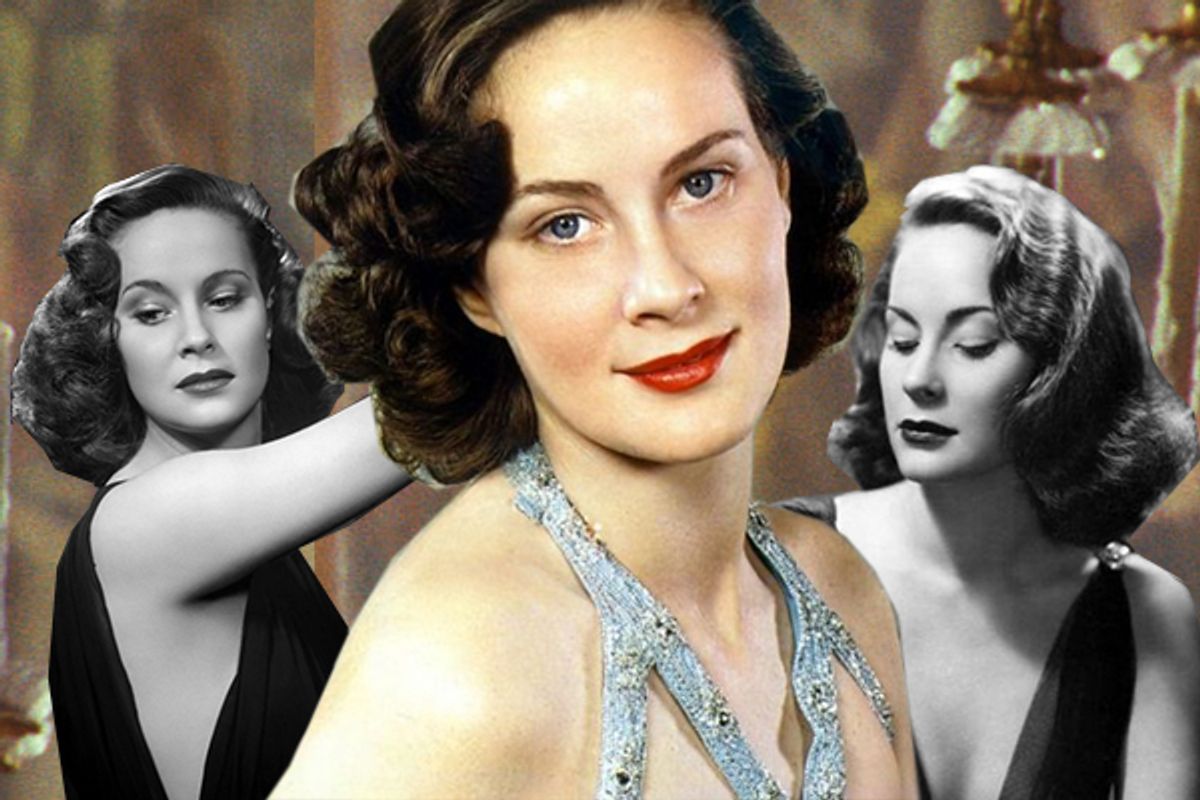 The 9 Most Glamorous Women You've Never Heard Of

One of the joys of getting older is teaching the glamour-hungry children of today about the gorgeous, forgotten glamour icons of yesteryear. Here is a list of some of the ladies that taught a young Mr. Mickey the meaning of glamour with a a capital G and are sadly not as well know today as they should be.

This devastatingly gorgeous actress had the best bone structure in Hollywood and was best known for her role in the Peter Sellers slapstick comedy The Pink Panther, but personally I prefer her in Walk on the Wild Side, a deliciously campy potboiler set in a whorehouse in New Orleans. Capucine plays the obsession of demented lesbian Barbara Stanwyck.Capucine is so flawless, beautiful and chic you can understand why anyone would be obsessed with her. She's also adorable as Jenny, the saloon girl in the John Wayne adventure comedy North to Alaska.

Alida Valli is the type of cold, ethnically ambiguous beauty that you can just imagine comes from a devastatingly gorgeous location like Zanzibar or Mandalay. Her two most high-profile roles were The Third Man with Orson Welles and Alfred Hitchcock's The Paradine Case where you don't even care if she turns out to be the murderer because she's so glamorous.

Virginia Grey is an actress any fan of Turner Classic Movies has seen many times but probably never knew the name of. She never played the romantic lead but always the gorgeous sidekick. One of her standout roles was as the bestie or conniving mantrap Joan Crawford in the George Cukor classic The Women. She was also rumored to be the long time girlfriend of Clark Gable. Get it, gurl.

Romy Schneider had an irresistible warmth and cuteness that was the opposite of the cold, regal, glamour of a lot of the ladies on this list. Anytime she appeared on screen you just had to smile. Her most famous role was in Sissi, as Empress Elisabeth of Austria who was the most legendary beauty of the 19th century.

Greek actress Melina Mercouri's glamour came in a large part from her attitude and energy. The other women on this list are all fine and well, but it's all about the confidence, baby, and Melina brings it.

This granddaughter of Tsar Alexander II of Russia had a life that's more outrageous than any fairytale. Her father Grand Duke Paul lost his first wife, Princess Alexandra of Greece, in childbirth with her son Grand Duke Dimitri who grew up to be one of the conspirators in Rasputin's murder. The Grand Duke married a divorced commoner, Natalia's mother, and was banished from Russia. She grew up among wealth and splendor and the family eventually was allowed to live in Russia. Her father and brother were two of the many Romanovs killed by the Bolsheviks. In exile in Paris, she married designer Lucien Lelong and was a darling of society and the fashion world. She later ended up in the USA and co-starred in the film Sylvia Scarlett with Katharine Hepburn and Cary Grant. After her death it was revealed that she had become pregnant by the well-known gay artist Jean Cocteau, and aborted the baby at a clinic in Switzerland.

While other Italian actresses of the golden age like Sophia Loren and Gina Lollabrigida end up on every list of sexiest Italian actresses, I have a warm spot in my heart for Silvana Mangano. She was timelessly glamorous in her most famous role Luchino Visconti's A Death in Venice as Tadzio's mother and she always brought a cool dignity to all her roles. Food Network fans will be interested to know that Mangano was the grandmother of celebrity chef Giada Di Laurentiis.

Nancy "Slim" Hawks was married to film director Howard Hawks and later to power agent Leland Hayward and British aristocrat Sir Kenneth Keith. One of Truman Capote's 'swans,' she was the very literal inspiration for Capote's Lady Ina Coolbirth, lead character in his scandalous La Cote Basque novela, which becamae part of his never-finished Answered Prayers in which the writer used the real life dirty secrets of his most beloved friends as plot twists and destroyed himself socially forever.

Slim was gorgeous but also very sporty. She loved hunting and fishing with Hemingway and she had a butchness to her style that was unique in the 40s. Her husband was stumped trying to cast an actress opposite Humphrey Bogart for his film To Have and Have Not and Slim suggested a girl she'd seen on the cover of Harper's Bazaar, the non-actress and Diana Vreeland protégé, Lauren Bacall. Hawks then styled Bacall's entire look for the film based on Slim.

Movie fans watched Tuesday Weld grow from an adorable teen in films like Lord Love a Duck and finally grow up into one of the most gorgeous actresses of the 70s in films like Play it As It Lays. She seemed to have a love-hate relationship with Hollywood and unlike many actresses never seemed very eager to make herself popular. One of my favorite roles for her is as the nymphomaniacal bank robber in Sergio Leone's Once Upon a Time in America -- ber beauty has matured by that point and she looks stunning in 1920s period hair and makeup.