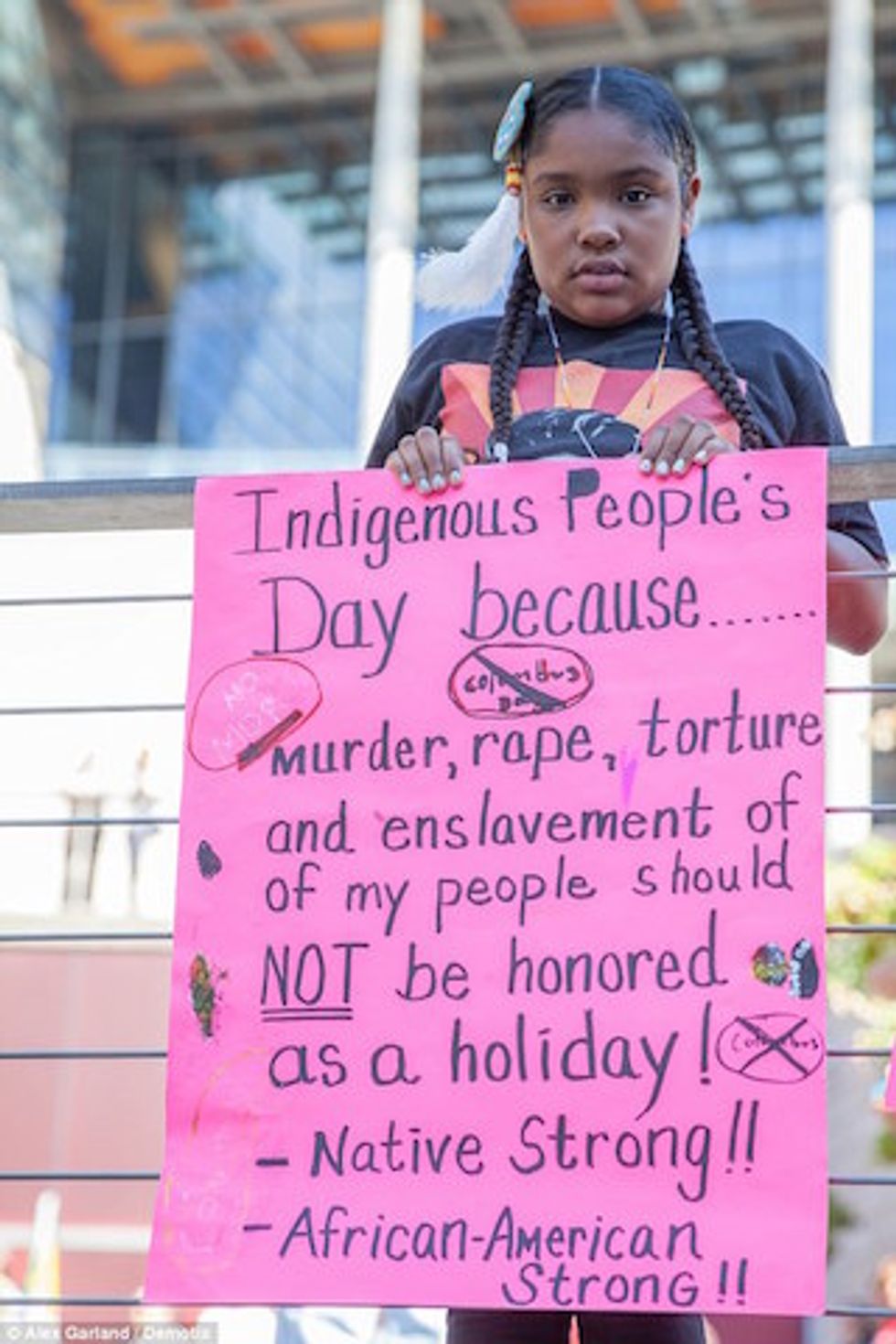 Forget Columbus Day and Check Out #IndigenousPeoplesDay Instead

by Braudie Blais-Billie
PAPERMAG
In 1990, the entire state of South Dakota began celebrating Native Americans Day instead of honoring the man who "discovered" America. It was a move sadly ahead of its time, but with a recent push for Indigenous Peoples Day, the rest of the U.S. is finally catching up with the #IndigenousPeoplesDay tag on Twitter.

After everything indigenous people have endured we are still standing strong & take immense pride in our identity. #IndigenousPeoplesDay

Today, Albuquerque and Portland will be celebrating Indigenous Peoples Day as a city for the first time. Seattle, St. Paul, and Minneapolis are among the other nine cities standing in solidarity with indigenous peoples.

Indigenous Peoples Day is both an inclusive celebration of indigenous resistance and effort to recognize the marginalization of these communities. (Not to mention an effort to highlight the colonization of land and the genocide of its Native peoples.) It's also a day to reflect on the achievements and resilience of Native peoples who stand strong despite the institutionalized odds pitted against them.

"I am not a mascot." #IndigenousPeoplesDay #Nonviolence365 pic.twitter.com/7dTlH2xi6R