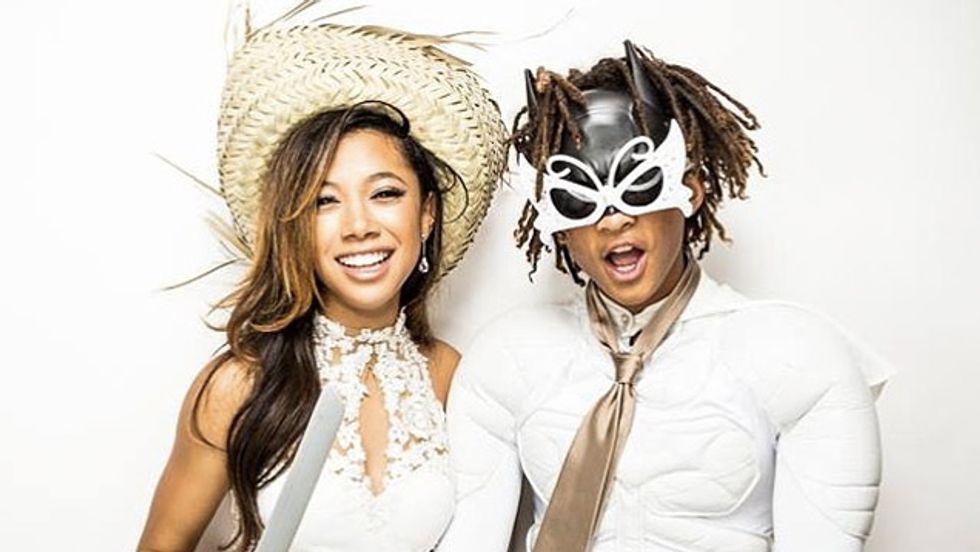 Forget Batman, Jaden Smith May Be Another Superhero Soon

By Sandra Song
PAPERMAG
Jaden Smith, who's already made his preference for tight Bat Man get-ups known, may be taking to the silver screen very soon to play another spandex suit -- DC Comics' Static Shock.
A superhero with the ability to manipulate electricity, the news was spilled during an interview with actor Tyler James Williams (The Walking Dead/Everybody Hates Chris) when he was talking about there not being enough black superheroes via Flicks and the City.
And though we're looking forward to another generation of Smiths taking up the cape (his father Will is set to play Deadshot in the upcoming Suicide Squad movie), who needs DC's spin on things when a Smith-as-superhero vehicle would be infinitely more entertaining?
In a Jaden Smith superhero movie, he'd jump in front of a runaway city bus full of orphans, pondering aloud, 'What is a superhero, if a hero is already super? Think about it...' Then he'd fly away and crash into a building because he was too distracted contemplating it all.

I think it's about time we had a superhero who's more reflexive than flex-obsessed. After all, we do need someone to save humanity from the number 3: