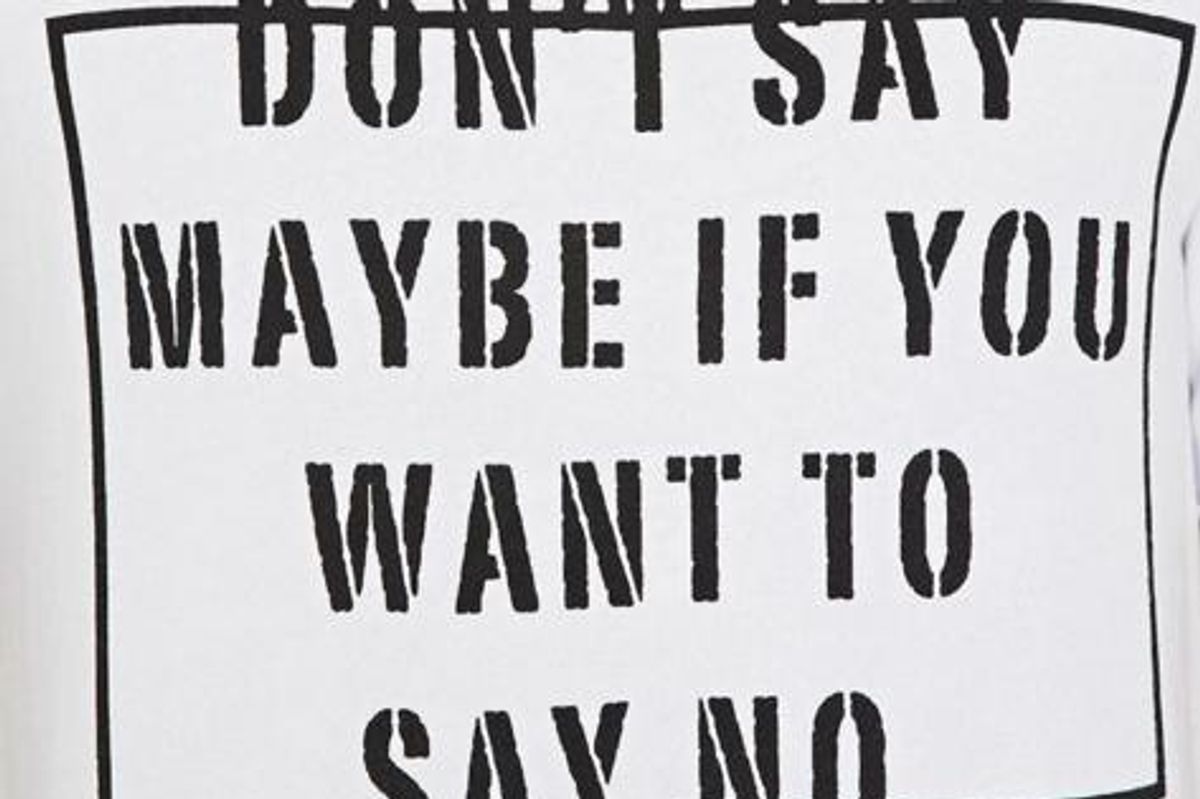 Forever 21 Comes Under Fire For This Gross, Rape-y Shirt

Today in terrible merchandising decisions is this horrific shirt that comes courtesy of the Men's section of Forever 21's online store -- and while a few have defended it as a "vague statement," it feels pretty pro-rape culture to us. I mean...


Yeah, you read that right. "DON'T SAY MAYBE IF YOU WANT TO SAY NO", all-caps -- cause apparently someone at F21 thought that dudes would pay $19.90 to look like a Roosh.

Hey, @Forever21, we think you should #StopVictimBlaming and pull this shirt from your stores. https://t.co/lilmI6t3WL
— Project Consent (@consentproject) March 14, 2016

@Forever21 this is not fashion this promotes rape culture. Do yourself and everyone else a favor and stop selling it pic.twitter.com/8Y2NGslauG
— em (@Emmalayyy_) March 14, 2016

Thankfully though, after a series of complaints, Forever 21 has said it will remove the shirt from its website -- which we hope also means they're doing their best to purge the in-store racks as well. But seriously, how did this not raise one red flag before production? Fast fashion, man. Ugh.